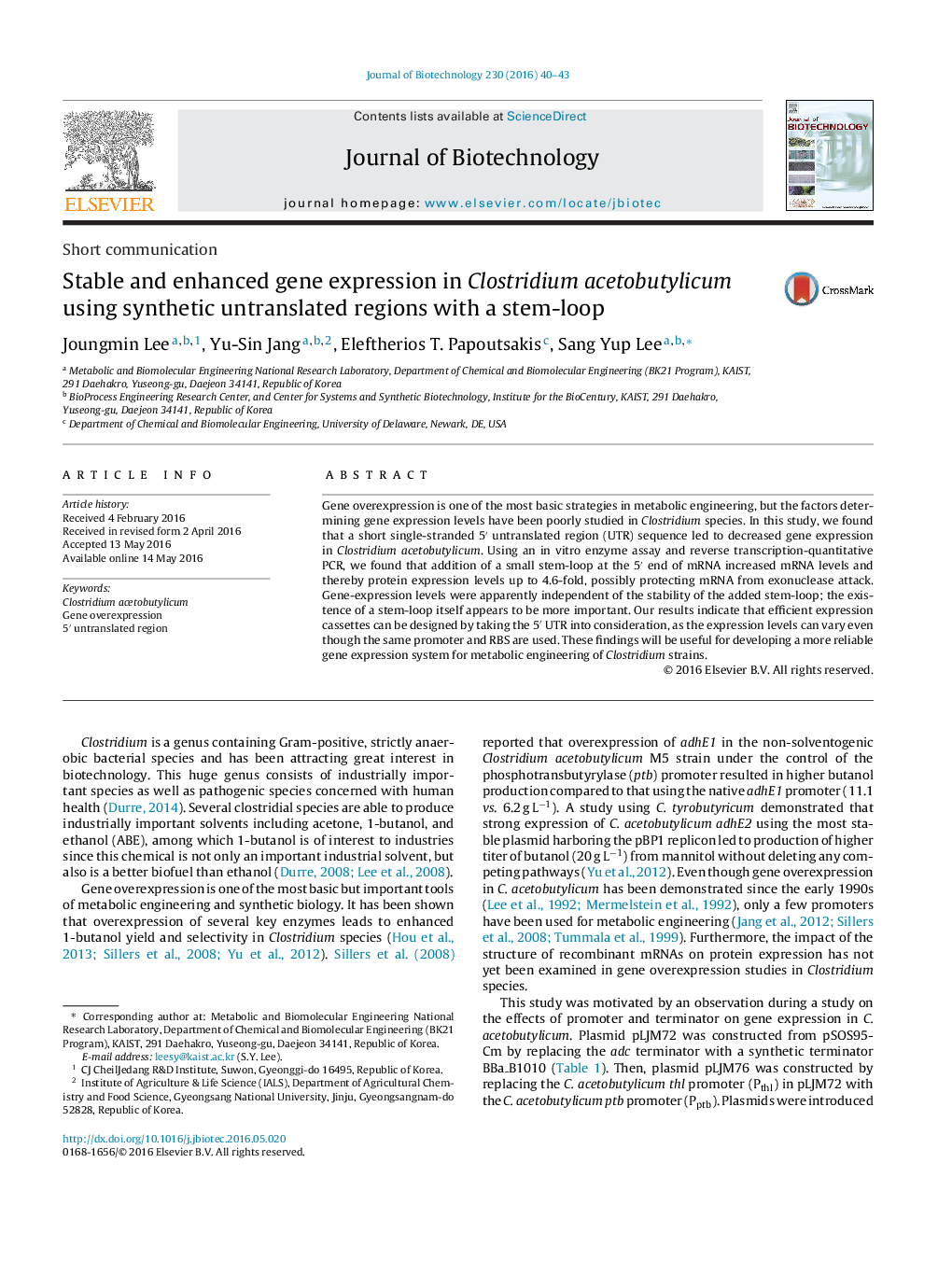 Gene overexpression is one of the most basic strategies in metabolic engineering, but the factors determining gene expression levels have been poorly studied in Clostridium species. In this study, we found that a short single-stranded 5′ untranslated region (UTR) sequence led to decreased gene expression in Clostridium acetobutylicum. Using an in vitro enzyme assay and reverse transcription-quantitative PCR, we found that addition of a small stem-loop at the 5′ end of mRNA increased mRNA levels and thereby protein expression levels up to 4.6-fold, possibly protecting mRNA from exonuclease attack. Gene-expression levels were apparently independent of the stability of the added stem-loop; the existence of a stem-loop itself appears to be more important. Our results indicate that efficient expression cassettes can be designed by taking the 5′ UTR into consideration, as the expression levels can vary even though the same promoter and RBS are used. These findings will be useful for developing a more reliable gene expression system for metabolic engineering of Clostridium strains.