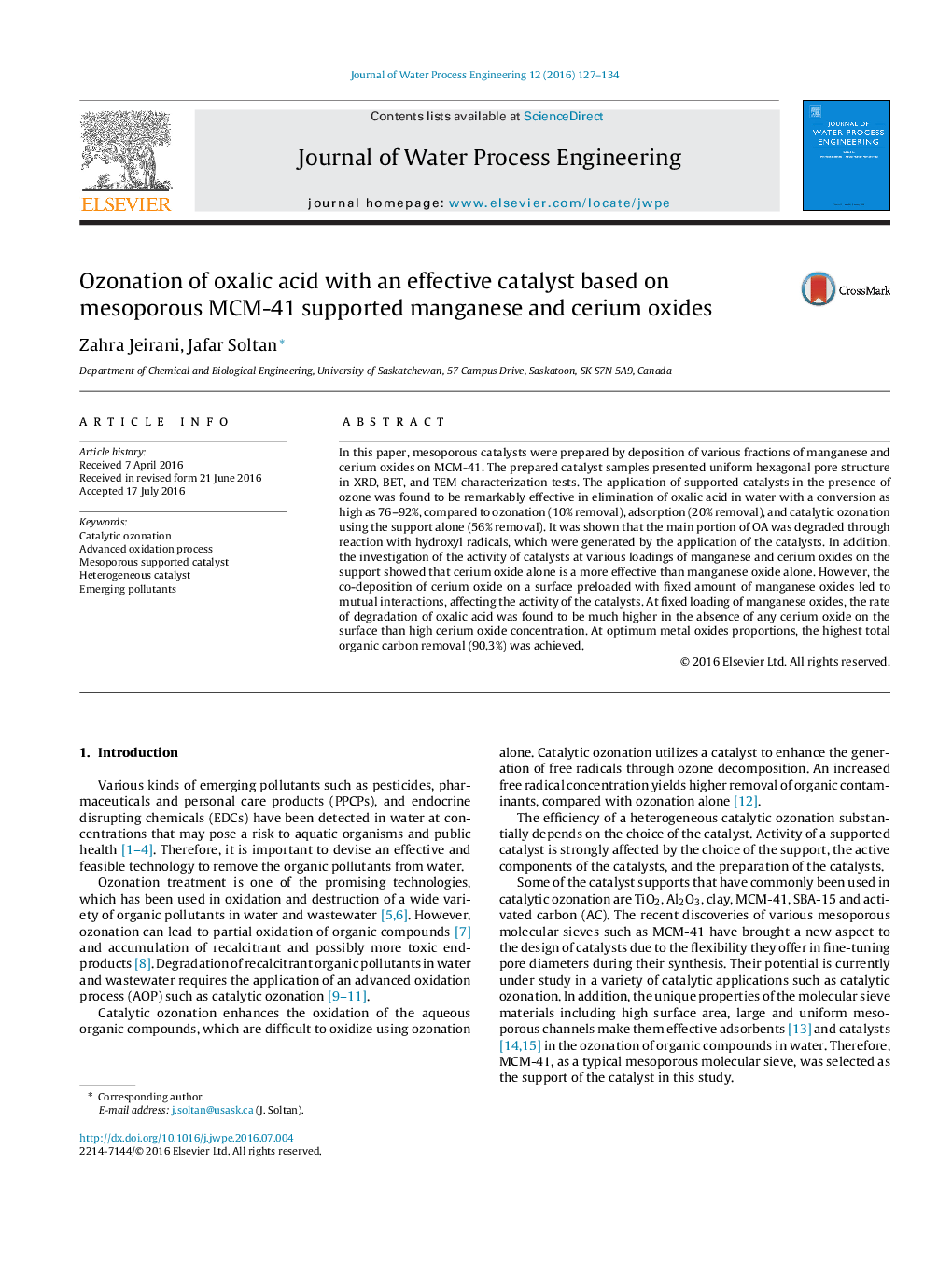 • Catalysts were prepared by deposition of manganese and cerium oxides on MCM-41.
• The catalysts were significantly effective in catalytic ozonation of oxalic acid.
• Loading of cerium oxide was found to be more effective than manganese oxide alone.
• Co-deposition of the two metal oxides on the support affected the activity of the catalysts.
• The highest degradation of organic carbons occurred at optimum catalyst loadings.

In this paper, mesoporous catalysts were prepared by deposition of various fractions of manganese and cerium oxides on MCM-41. The prepared catalyst samples presented uniform hexagonal pore structure in XRD, BET, and TEM characterization tests. The application of supported catalysts in the presence of ozone was found to be remarkably effective in elimination of oxalic acid in water with a conversion as high as 76–92%, compared to ozonation (10% removal), adsorption (20% removal), and catalytic ozonation using the support alone (56% removal). It was shown that the main portion of OA was degraded through reaction with hydroxyl radicals, which were generated by the application of the catalysts. In addition, the investigation of the activity of catalysts at various loadings of manganese and cerium oxides on the support showed that cerium oxide alone is a more effective than manganese oxide alone. However, the co-deposition of cerium oxide on a surface preloaded with fixed amount of manganese oxides led to mutual interactions, affecting the activity of the catalysts. At fixed loading of manganese oxides, the rate of degradation of oxalic acid was found to be much higher in the absence of any cerium oxide on the surface than high cerium oxide concentration. At optimum metal oxides proportions, the highest total organic carbon removal (90.3%) was achieved.