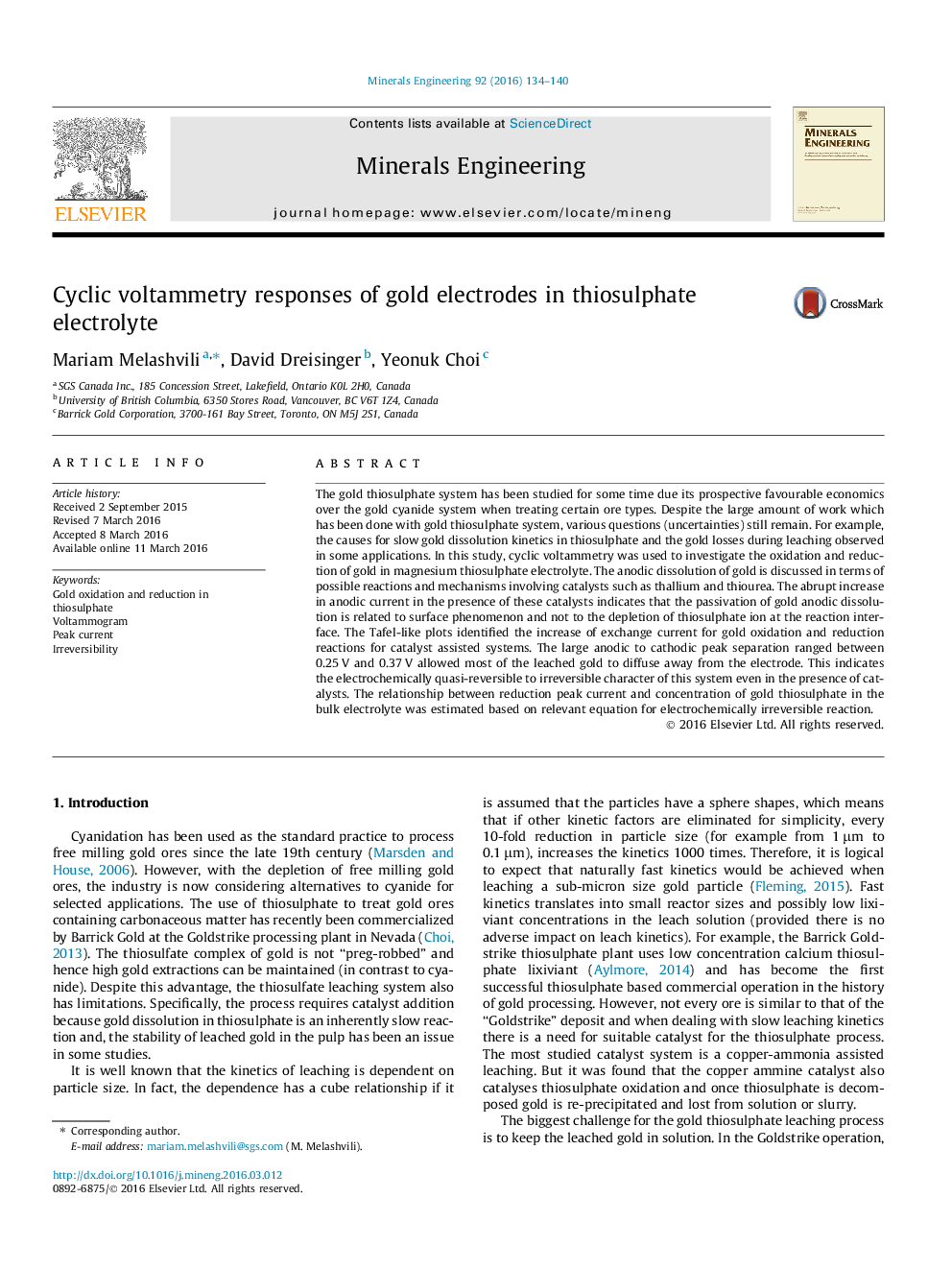 • The cyclic voltammetry provided insight into the amount of gold dissolved/deposited in thiosulphate electrolyte during the anodic and cathodic sweeps.
• The gold anodic current was significantly affected in the presence of thallium and thiourea.
• The large anodic to cathodic peak separation indicated the electrochemically quasi-reversible to irreversible character of gold thiosulphate system.
• The known bulk concentration of gold thiosulphate and corresponding constants allowed the calculation of a theoretical peak current that closely predicted the experimentally obtained gold reduction peak.

The gold thiosulphate system has been studied for some time due its prospective favourable economics over the gold cyanide system when treating certain ore types. Despite the large amount of work which has been done with gold thiosulphate system, various questions (uncertainties) still remain. For example, the causes for slow gold dissolution kinetics in thiosulphate and the gold losses during leaching observed in some applications. In this study, cyclic voltammetry was used to investigate the oxidation and reduction of gold in magnesium thiosulphate electrolyte. The anodic dissolution of gold is discussed in terms of possible reactions and mechanisms involving catalysts such as thallium and thiourea. The abrupt increase in anodic current in the presence of these catalysts indicates that the passivation of gold anodic dissolution is related to surface phenomenon and not to the depletion of thiosulphate ion at the reaction interface. The Tafel-like plots identified the increase of exchange current for gold oxidation and reduction reactions for catalyst assisted systems. The large anodic to cathodic peak separation ranged between 0.25 V and 0.37 V allowed most of the leached gold to diffuse away from the electrode. This indicates the electrochemically quasi-reversible to irreversible character of this system even in the presence of catalysts. The relationship between reduction peak current and concentration of gold thiosulphate in the bulk electrolyte was estimated based on relevant equation for electrochemically irreversible reaction.