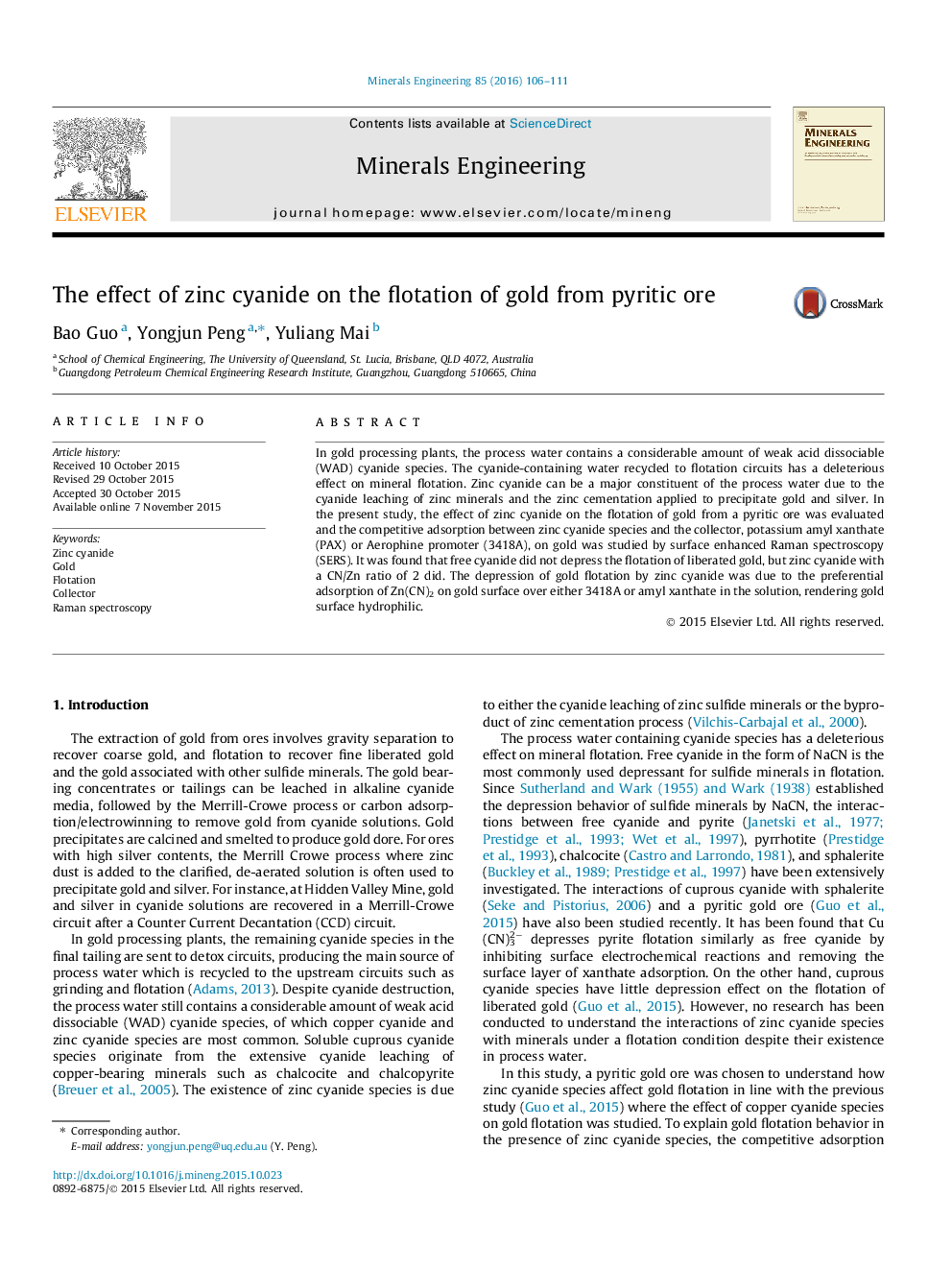 In gold processing plants, the process water contains a considerable amount of weak acid dissociable (WAD) cyanide species. The cyanide-containing water recycled to flotation circuits has a deleterious effect on mineral flotation. Zinc cyanide can be a major constituent of the process water due to the cyanide leaching of zinc minerals and the zinc cementation applied to precipitate gold and silver. In the present study, the effect of zinc cyanide on the flotation of gold from a pyritic ore was evaluated and the competitive adsorption between zinc cyanide species and the collector, potassium amyl xanthate (PAX) or Aerophine promoter (3418A), on gold was studied by surface enhanced Raman spectroscopy (SERS). It was found that free cyanide did not depress the flotation of liberated gold, but zinc cyanide with a CN/Zn ratio of 2 did. The depression of gold flotation by zinc cyanide was due to the preferential adsorption of Zn(CN)2 on gold surface over either 3418A or amyl xanthate in the solution, rendering gold surface hydrophilic.