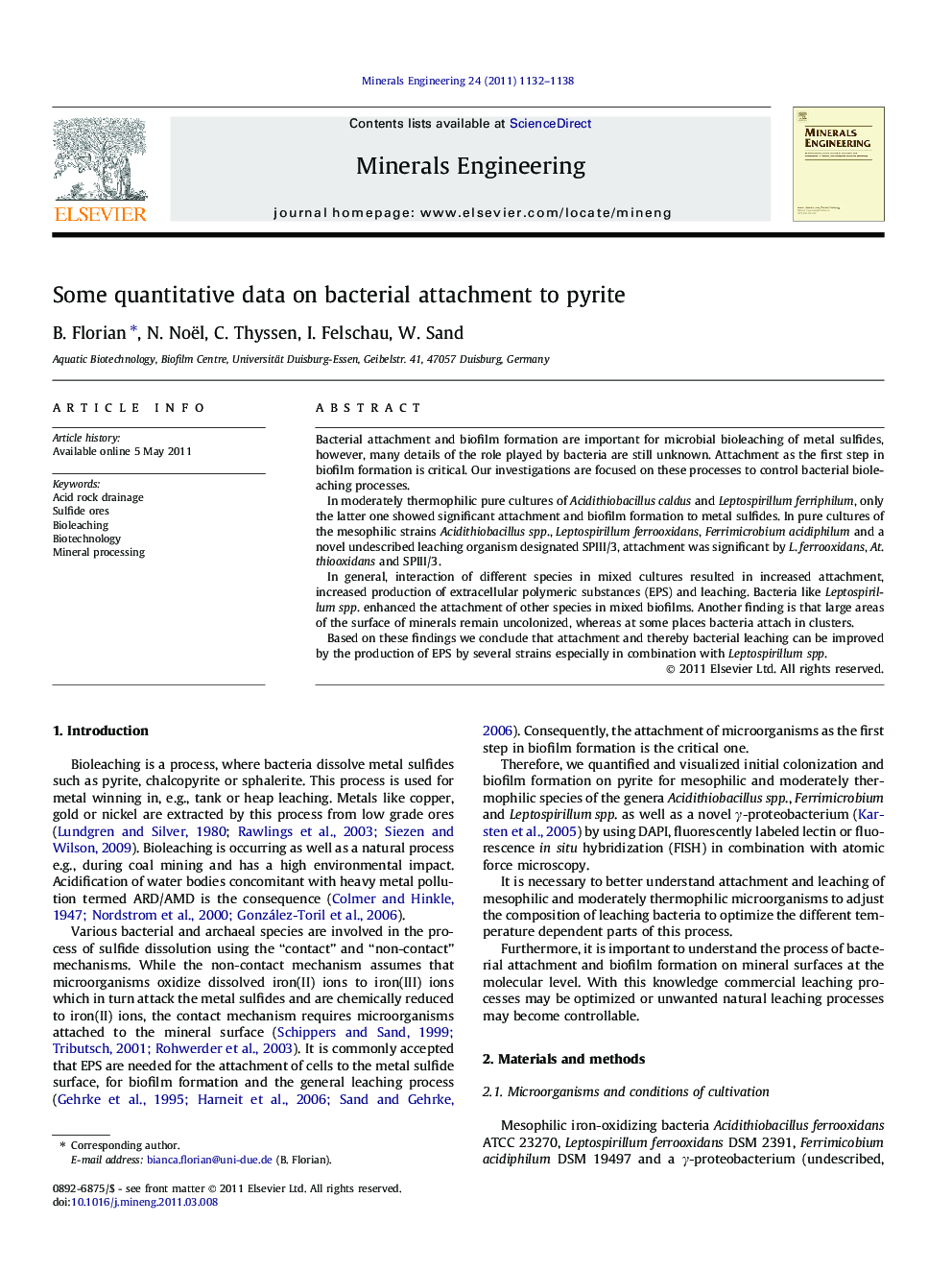 Bacterial attachment and biofilm formation are important for microbial bioleaching of metal sulfides, however, many details of the role played by bacteria are still unknown. Attachment as the first step in biofilm formation is critical. Our investigations are focused on these processes to control bacterial bioleaching processes.In moderately thermophilic pure cultures of Acidithiobacilluscaldus and Leptospirillumferriphilum, only the latter one showed significant attachment and biofilm formation to metal sulfides. In pure cultures of the mesophilic strains Acidithiobacillusspp., Leptospirillumferrooxidans, Ferrimicrobiumacidiphilum and a novel undescribed leaching organism designated SPIII/3, attachment was significant by L. ferrooxidans, At. thiooxidans and SPIII/3.In general, interaction of different species in mixed cultures resulted in increased attachment, increased production of extracellular polymeric substances (EPS) and leaching. Bacteria like Leptospirillumspp. enhanced the attachment of other species in mixed biofilms. Another finding is that large areas of the surface of minerals remain uncolonized, whereas at some places bacteria attach in clusters.Based on these findings we conclude that attachment and thereby bacterial leaching can be improved by the production of EPS by several strains especially in combination with Leptospirillumspp.