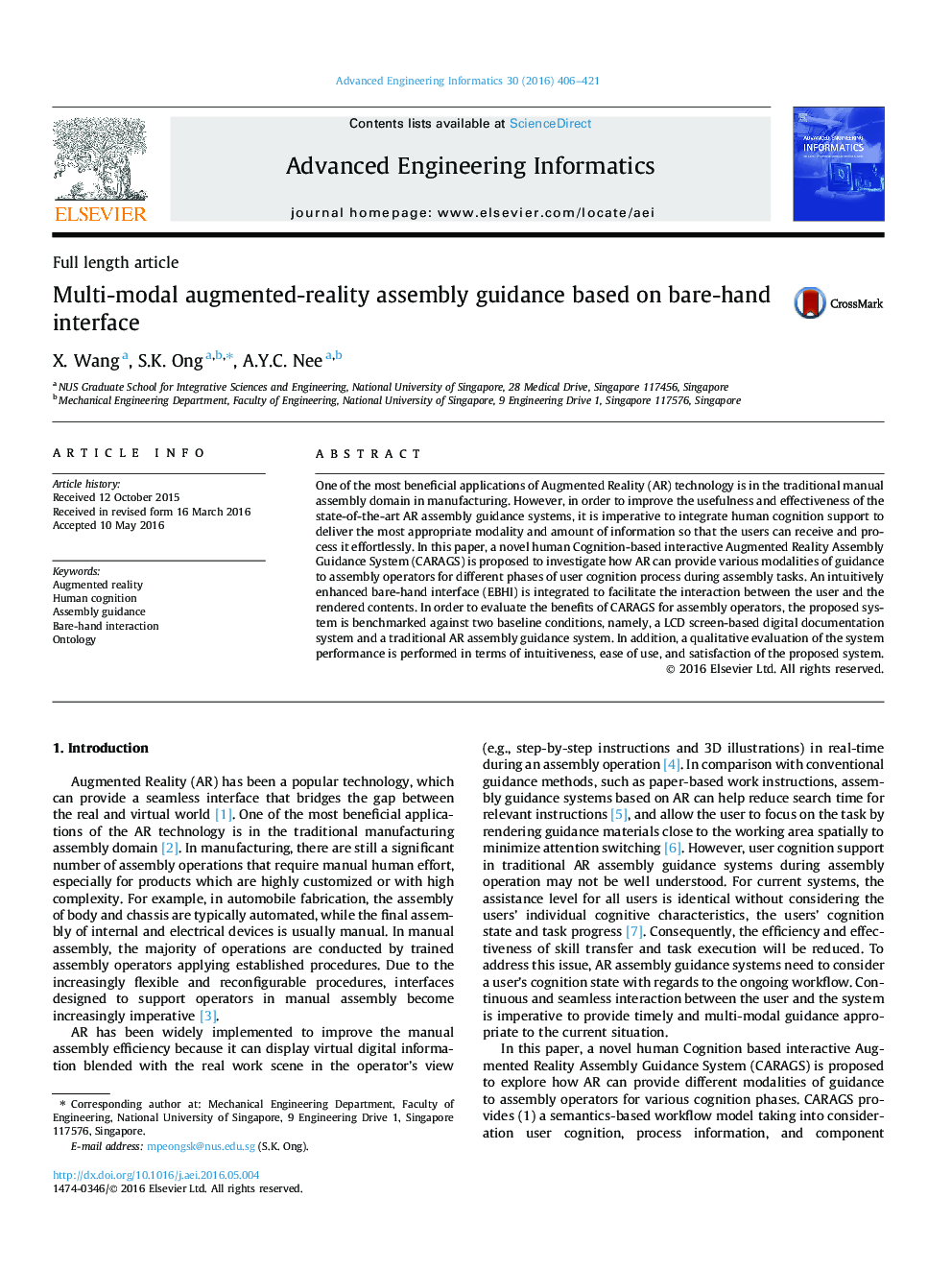 One of the most beneficial applications of Augmented Reality (AR) technology is in the traditional manual assembly domain in manufacturing. However, in order to improve the usefulness and effectiveness of the state-of-the-art AR assembly guidance systems, it is imperative to integrate human cognition support to deliver the most appropriate modality and amount of information so that the users can receive and process it effortlessly. In this paper, a novel human Cognition-based interactive Augmented Reality Assembly Guidance System (CARAGS) is proposed to investigate how AR can provide various modalities of guidance to assembly operators for different phases of user cognition process during assembly tasks. An intuitively enhanced bare-hand interface (EBHI) is integrated to facilitate the interaction between the user and the rendered contents. In order to evaluate the benefits of CARAGS for assembly operators, the proposed system is benchmarked against two baseline conditions, namely, a LCD screen-based digital documentation system and a traditional AR assembly guidance system. In addition, a qualitative evaluation of the system performance is performed in terms of intuitiveness, ease of use, and satisfaction of the proposed system.