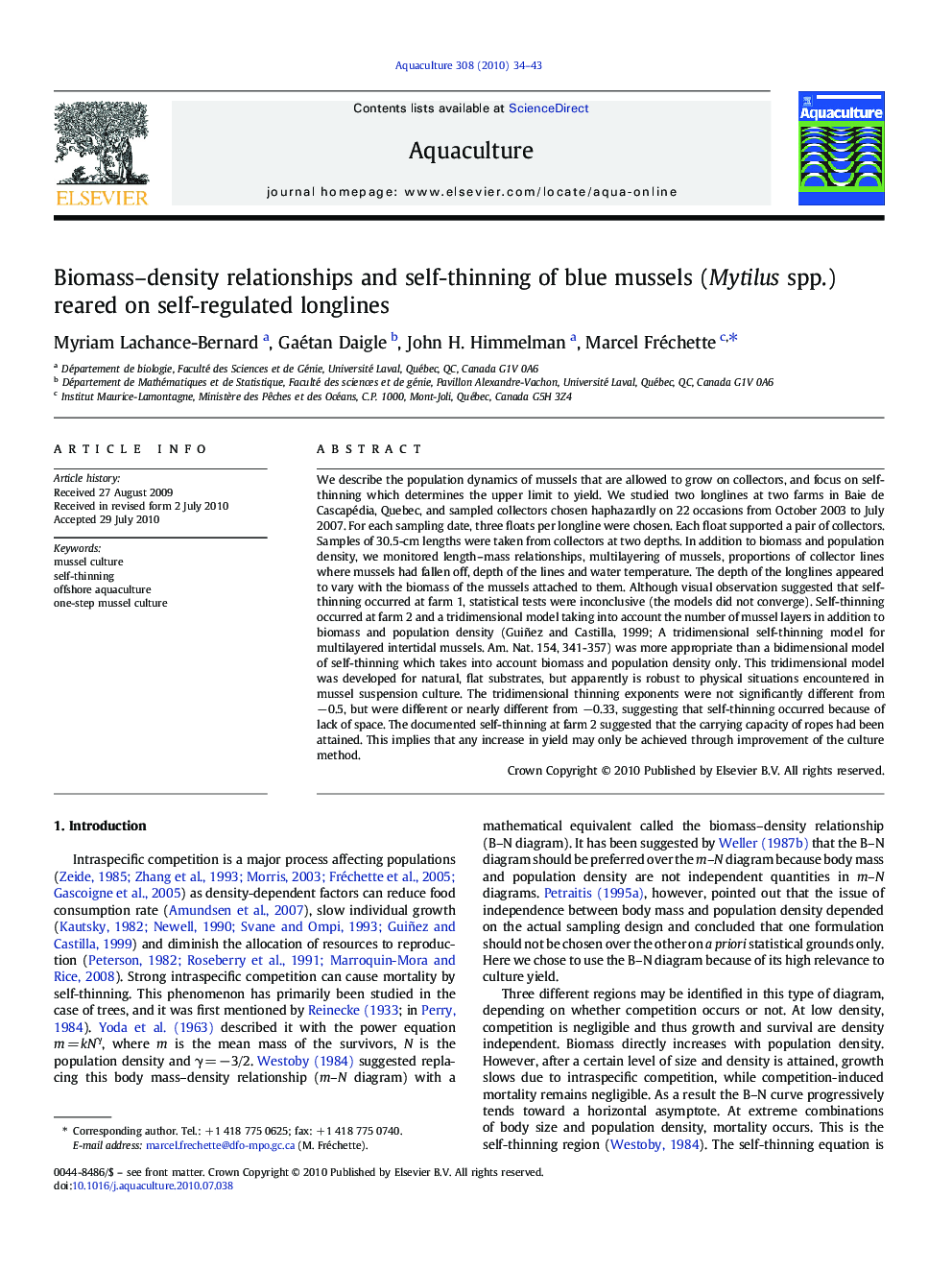 We describe the population dynamics of mussels that are allowed to grow on collectors, and focus on self-thinning which determines the upper limit to yield. We studied two longlines at two farms in Baie de Cascapédia, Quebec, and sampled collectors chosen haphazardly on 22 occasions from October 2003 to July 2007. For each sampling date, three floats per longline were chosen. Each float supported a pair of collectors. Samples of 30.5-cm lengths were taken from collectors at two depths. In addition to biomass and population density, we monitored length–mass relationships, multilayering of mussels, proportions of collector lines where mussels had fallen off, depth of the lines and water temperature. The depth of the longlines appeared to vary with the biomass of the mussels attached to them. Although visual observation suggested that self-thinning occurred at farm 1, statistical tests were inconclusive (the models did not converge). Self-thinning occurred at farm 2 and a tridimensional model taking into account the number of mussel layers in addition to biomass and population density (Guiñez and Castilla, 1999; A tridimensional self-thinning model for multilayered intertidal mussels. Am. Nat. 154, 341-357) was more appropriate than a bidimensional model of self-thinning which takes into account biomass and population density only. This tridimensional model was developed for natural, flat substrates, but apparently is robust to physical situations encountered in mussel suspension culture. The tridimensional thinning exponents were not significantly different from −0.5, but were different or nearly different from −0.33, suggesting that self-thinning occurred because of lack of space. The documented self-thinning at farm 2 suggested that the carrying capacity of ropes had been attained. This implies that any increase in yield may only be achieved through improvement of the culture method.