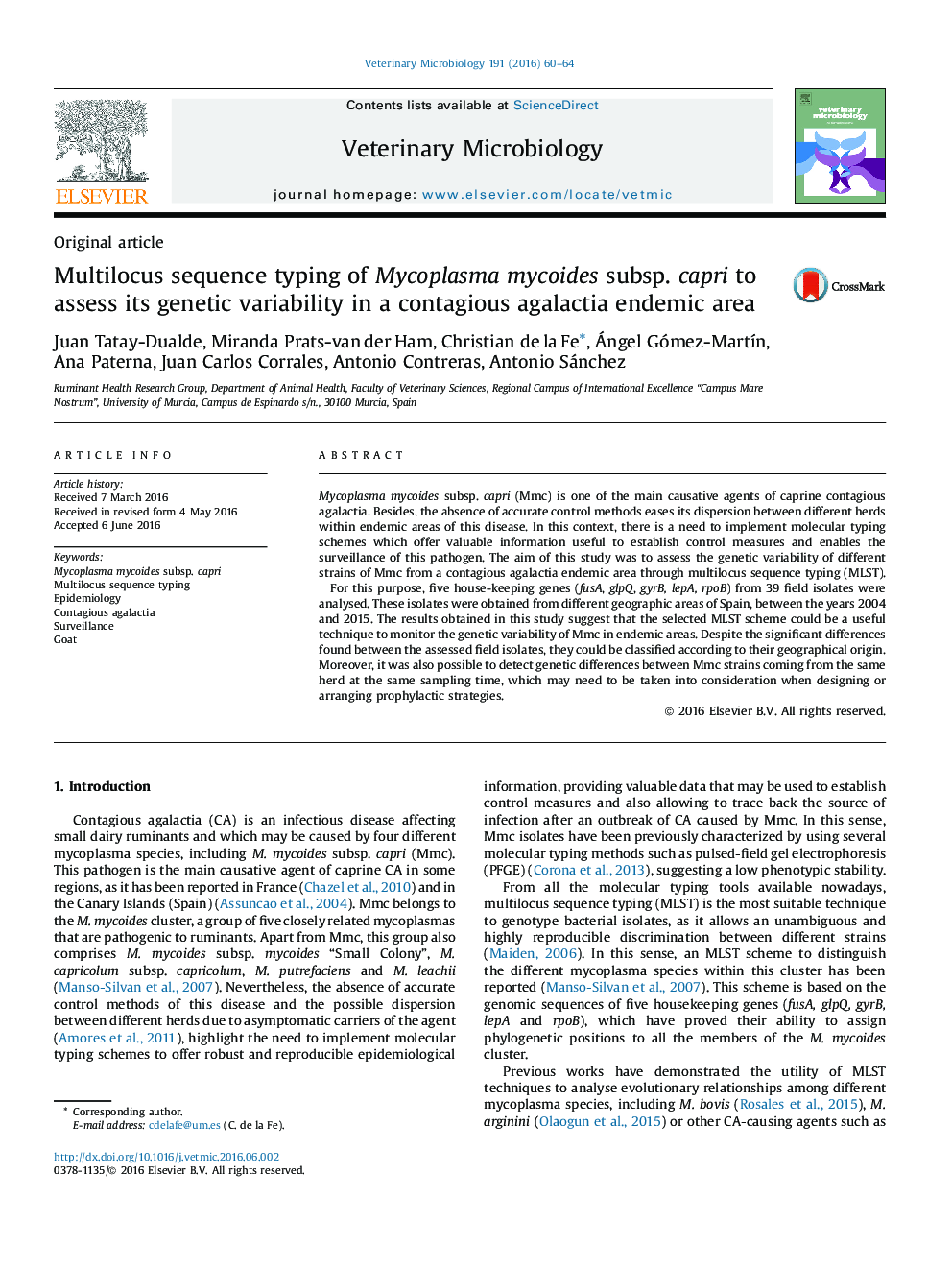 Mycoplasma mycoides subsp. capri (Mmc) is one of the main causative agents of caprine contagious agalactia. Besides, the absence of accurate control methods eases its dispersion between different herds within endemic areas of this disease. In this context, there is a need to implement molecular typing schemes which offer valuable information useful to establish control measures and enables the surveillance of this pathogen. The aim of this study was to assess the genetic variability of different strains of Mmc from a contagious agalactia endemic area through multilocus sequence typing (MLST).For this purpose, five house-keeping genes (fusA, glpQ, gyrB, lepA, rpoB) from 39 field isolates were analysed. These isolates were obtained from different geographic areas of Spain, between the years 2004 and 2015. The results obtained in this study suggest that the selected MLST scheme could be a useful technique to monitor the genetic variability of Mmc in endemic areas. Despite the significant differences found between the assessed field isolates, they could be classified according to their geographical origin. Moreover, it was also possible to detect genetic differences between Mmc strains coming from the same herd at the same sampling time, which may need to be taken into consideration when designing or arranging prophylactic strategies.