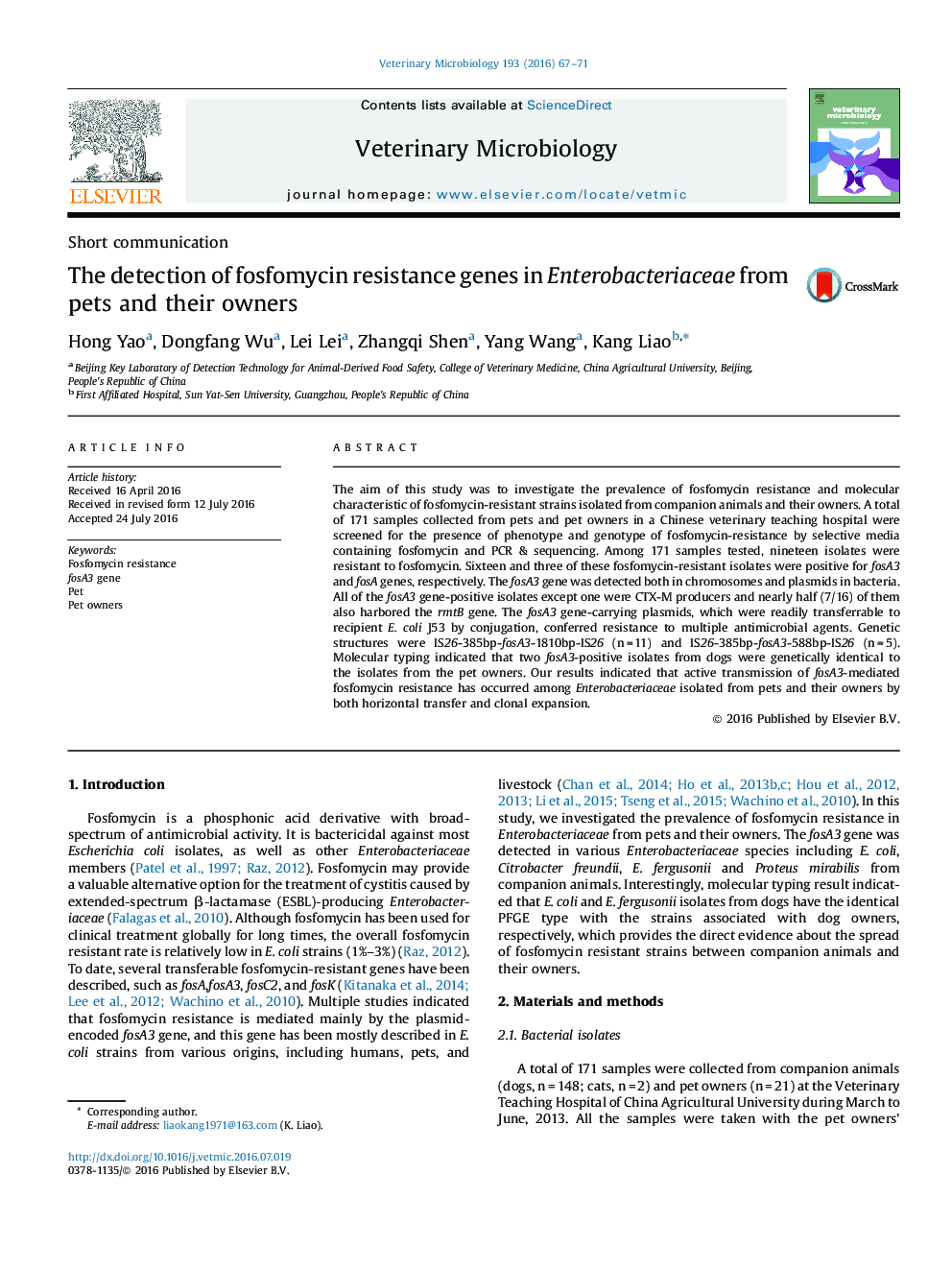 The aim of this study was to investigate the prevalence of fosfomycin resistance and molecular characteristic of fosfomycin-resistant strains isolated from companion animals and their owners. A total of 171 samples collected from pets and pet owners in a Chinese veterinary teaching hospital were screened for the presence of phenotype and genotype of fosfomycin-resistance by selective media containing fosfomycin and PCR & sequencing. Among 171 samples tested, nineteen isolates were resistant to fosfomycin. Sixteen and three of these fosfomycin-resistant isolates were positive for fosA3 and fosA genes, respectively. The fosA3 gene was detected both in chromosomes and plasmids in bacteria. All of the fosA3 gene-positive isolates except one were CTX-M producers and nearly half (7/16) of them also harbored the rmtB gene. The fosA3 gene-carrying plasmids, which were readily transferrable to recipient E. coli J53 by conjugation, conferred resistance to multiple antimicrobial agents. Genetic structures were IS26-385bp-fosA3-1810bp-IS26 (n = 11) and IS26-385bp-fosA3-588bp-IS26 (n = 5). Molecular typing indicated that two fosA3-positive isolates from dogs were genetically identical to the isolates from the pet owners. Our results indicated that active transmission of fosA3-mediated fosfomycin resistance has occurred among Enterobacteriaceae isolated from pets and their owners by both horizontal transfer and clonal expansion.