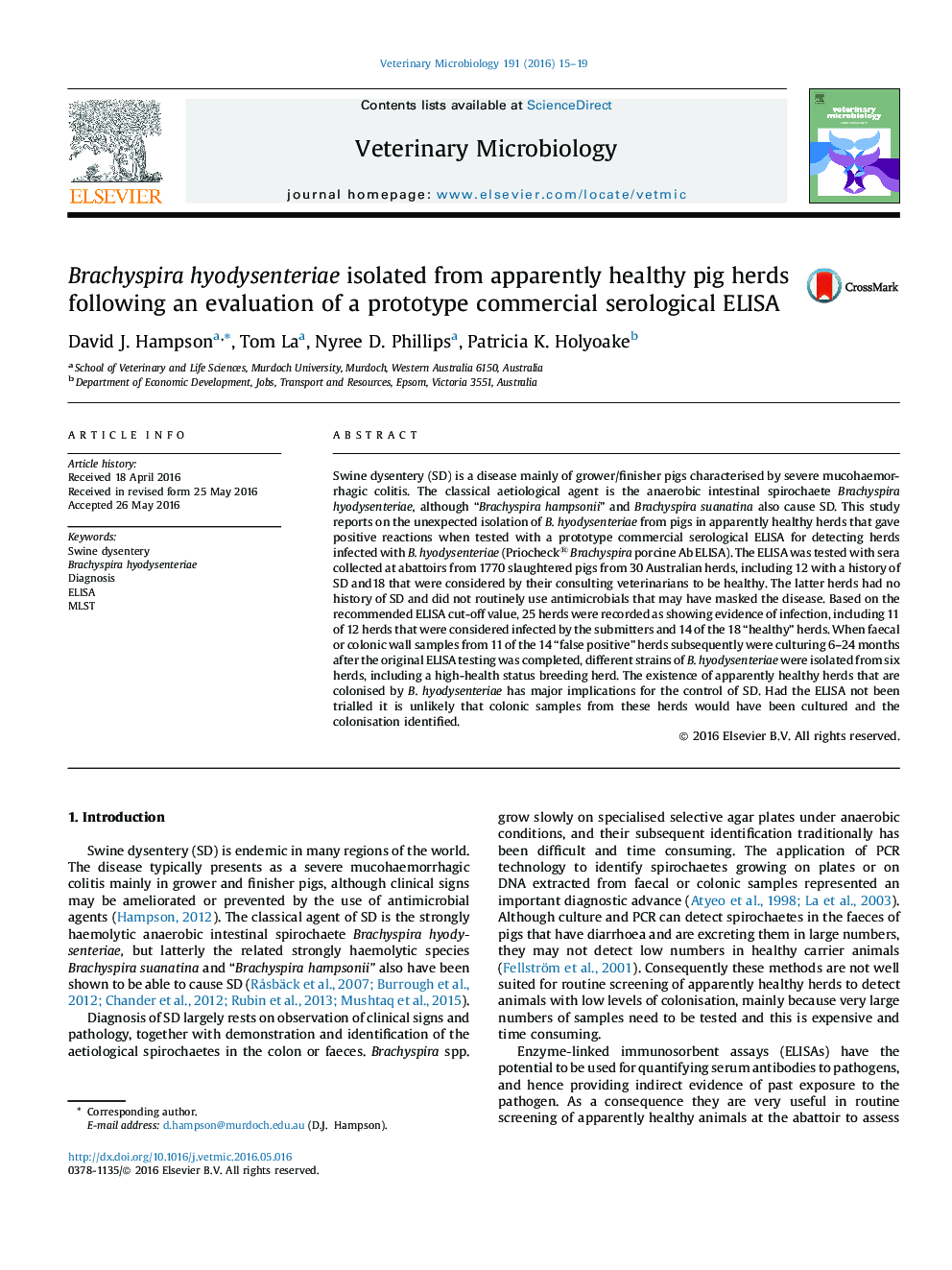 Swine dysentery (SD) is a disease mainly of grower/finisher pigs characterised by severe mucohaemorrhagic colitis. The classical aetiological agent is the anaerobic intestinal spirochaete Brachyspira hyodysenteriae, although “Brachyspira hampsonii” and Brachyspira suanatina also cause SD. This study reports on the unexpected isolation of B. hyodysenteriae from pigs in apparently healthy herds that gave positive reactions when tested with a prototype commercial serological ELISA for detecting herds infected with B. hyodysenteriae (Priocheck®Brachyspira porcine Ab ELISA). The ELISA was tested with sera collected at abattoirs from 1770 slaughtered pigs from 30 Australian herds, including 12 with a history of SD and18 that were considered by their consulting veterinarians to be healthy. The latter herds had no history of SD and did not routinely use antimicrobials that may have masked the disease. Based on the recommended ELISA cut-off value, 25 herds were recorded as showing evidence of infection, including 11 of 12 herds that were considered infected by the submitters and 14 of the 18 “healthy” herds. When faecal or colonic wall samples from 11 of the 14 “false positive” herds subsequently were culturing 6–24 months after the original ELISA testing was completed, different strains of B. hyodysenteriae were isolated from six herds, including a high-health status breeding herd. The existence of apparently healthy herds that are colonised by B. hyodysenteriae has major implications for the control of SD. Had the ELISA not been trialled it is unlikely that colonic samples from these herds would have been cultured and the colonisation identified.