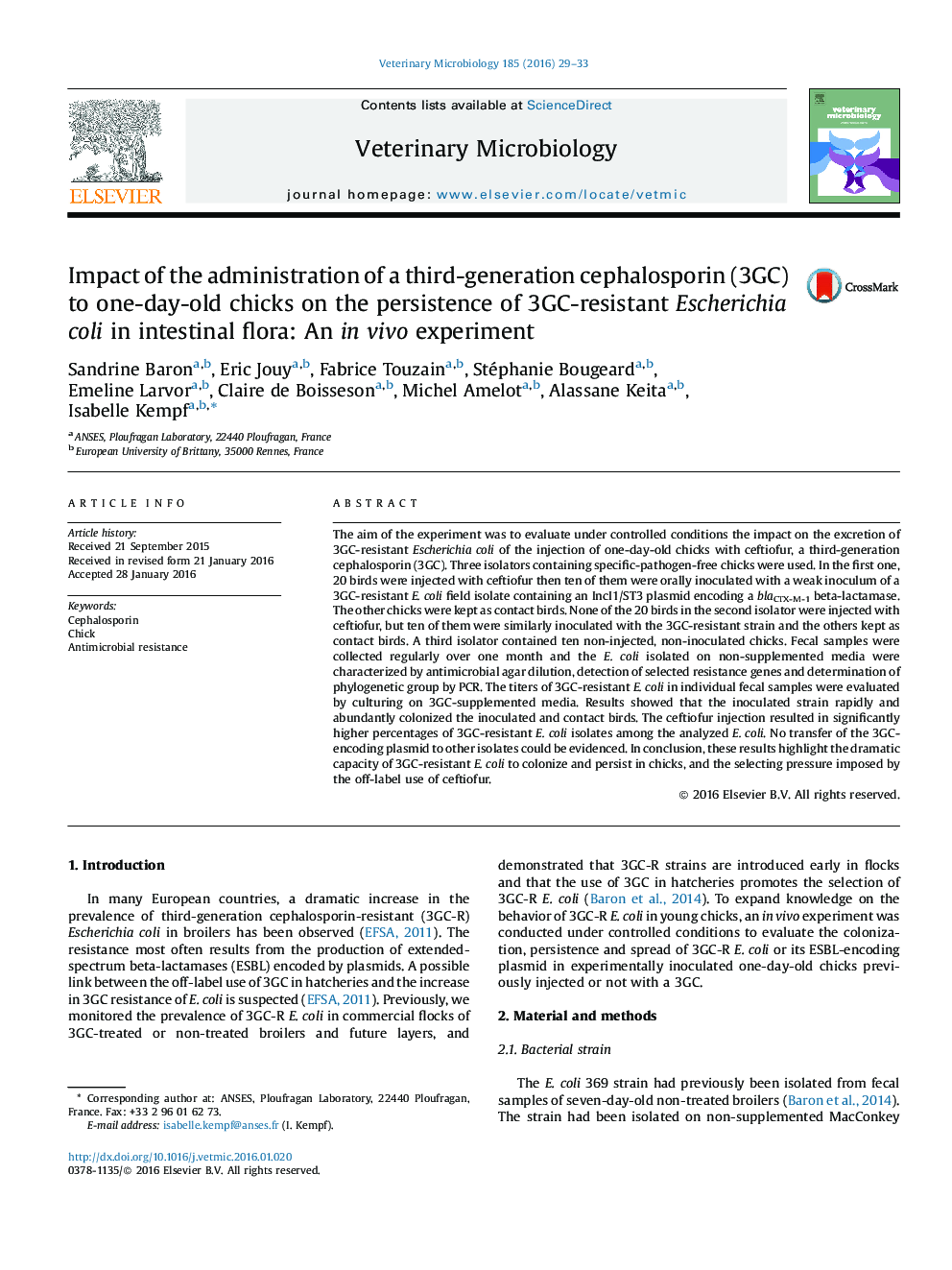 The aim of the experiment was to evaluate under controlled conditions the impact on the excretion of 3GC-resistant Escherichia coli of the injection of one-day-old chicks with ceftiofur, a third-generation cephalosporin (3GC). Three isolators containing specific-pathogen-free chicks were used. In the first one, 20 birds were injected with ceftiofur then ten of them were orally inoculated with a weak inoculum of a 3GC-resistant E. coli field isolate containing an IncI1/ST3 plasmid encoding a blaCTX-M-1 beta-lactamase. The other chicks were kept as contact birds. None of the 20 birds in the second isolator were injected with ceftiofur, but ten of them were similarly inoculated with the 3GC-resistant strain and the others kept as contact birds. A third isolator contained ten non-injected, non-inoculated chicks. Fecal samples were collected regularly over one month and the E. coli isolated on non-supplemented media were characterized by antimicrobial agar dilution, detection of selected resistance genes and determination of phylogenetic group by PCR. The titers of 3GC-resistant E. coli in individual fecal samples were evaluated by culturing on 3GC-supplemented media. Results showed that the inoculated strain rapidly and abundantly colonized the inoculated and contact birds. The ceftiofur injection resulted in significantly higher percentages of 3GC-resistant E. coli isolates among the analyzed E. coli. No transfer of the 3GC-encoding plasmid to other isolates could be evidenced. In conclusion, these results highlight the dramatic capacity of 3GC-resistant E. coli to colonize and persist in chicks, and the selecting pressure imposed by the off-label use of ceftiofur.