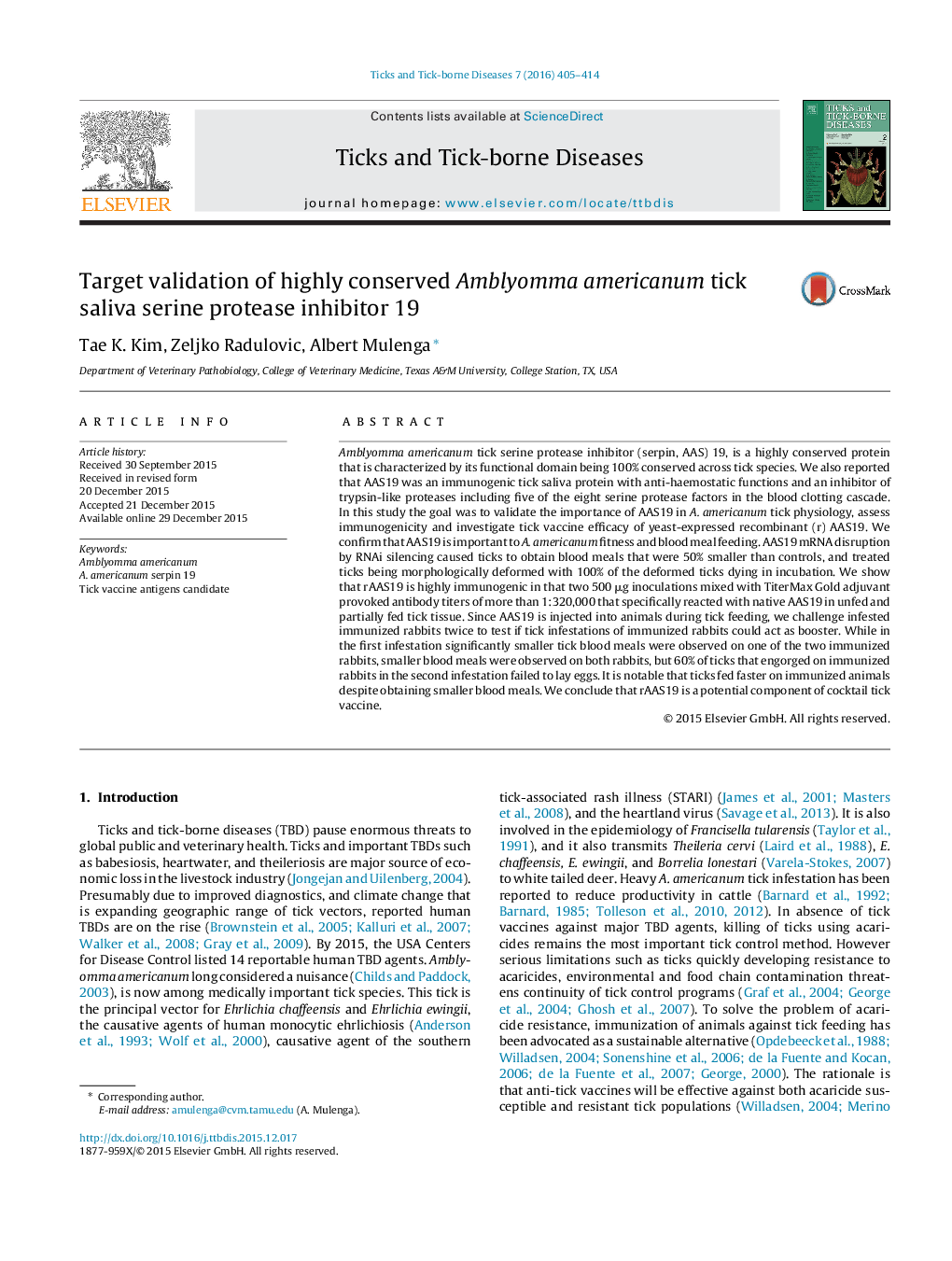 Amblyomma americanum tick serine protease inhibitor (serpin, AAS) 19, is a highly conserved protein that is characterized by its functional domain being 100% conserved across tick species. We also reported that AAS19 was an immunogenic tick saliva protein with anti-haemostatic functions and an inhibitor of trypsin-like proteases including five of the eight serine protease factors in the blood clotting cascade. In this study the goal was to validate the importance of AAS19 in A. americanum tick physiology, assess immunogenicity and investigate tick vaccine efficacy of yeast-expressed recombinant (r) AAS19. We confirm that AAS19 is important to A. americanum fitness and blood meal feeding. AAS19 mRNA disruption by RNAi silencing caused ticks to obtain blood meals that were 50% smaller than controls, and treated ticks being morphologically deformed with 100% of the deformed ticks dying in incubation. We show that rAAS19 is highly immunogenic in that two 500 μg inoculations mixed with TiterMax Gold adjuvant provoked antibody titers of more than 1:320,000 that specifically reacted with native AAS19 in unfed and partially fed tick tissue. Since AAS19 is injected into animals during tick feeding, we challenge infested immunized rabbits twice to test if tick infestations of immunized rabbits could act as booster. While in the first infestation significantly smaller tick blood meals were observed on one of the two immunized rabbits, smaller blood meals were observed on both rabbits, but 60% of ticks that engorged on immunized rabbits in the second infestation failed to lay eggs. It is notable that ticks fed faster on immunized animals despite obtaining smaller blood meals. We conclude that rAAS19 is a potential component of cocktail tick vaccine.