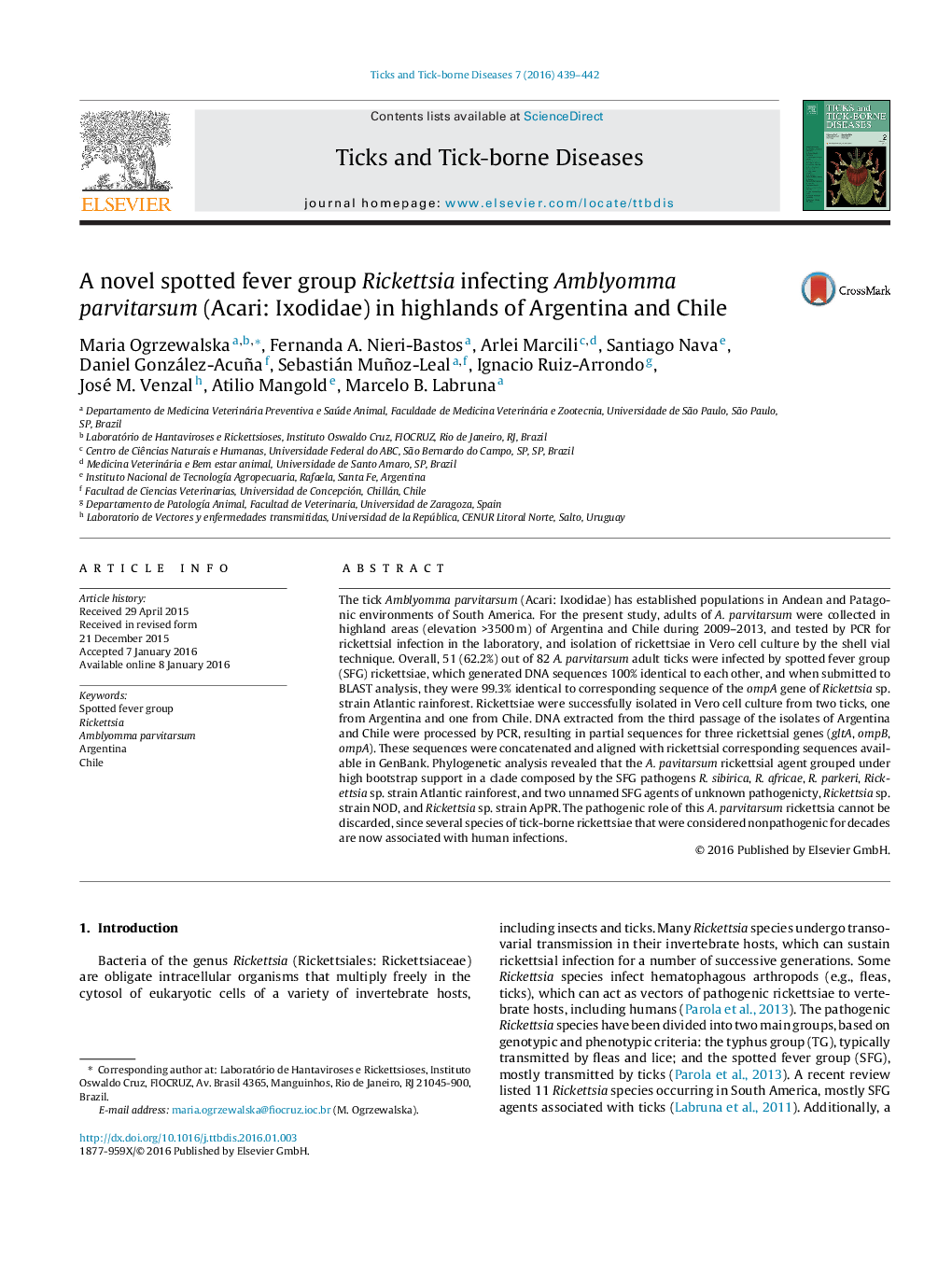 The tick Amblyomma parvitarsum (Acari: Ixodidae) has established populations in Andean and Patagonic environments of South America. For the present study, adults of A. parvitarsum were collected in highland areas (elevation >3500 m) of Argentina and Chile during 2009–2013, and tested by PCR for rickettsial infection in the laboratory, and isolation of rickettsiae in Vero cell culture by the shell vial technique. Overall, 51 (62.2%) out of 82 A. parvitarsum adult ticks were infected by spotted fever group (SFG) rickettsiae, which generated DNA sequences 100% identical to each other, and when submitted to BLAST analysis, they were 99.3% identical to corresponding sequence of the ompA gene of Rickettsia sp. strain Atlantic rainforest. Rickettsiae were successfully isolated in Vero cell culture from two ticks, one from Argentina and one from Chile. DNA extracted from the third passage of the isolates of Argentina and Chile were processed by PCR, resulting in partial sequences for three rickettsial genes (gltA, ompB, ompA). These sequences were concatenated and aligned with rickettsial corresponding sequences available in GenBank. Phylogenetic analysis revealed that the A. pavitarsum rickettsial agent grouped under high bootstrap support in a clade composed by the SFG pathogens R. sibirica, R. africae, R. parkeri, Rickettsia sp. strain Atlantic rainforest, and two unnamed SFG agents of unknown pathogenicty, Rickettsia sp. strain NOD, and Rickettsia sp. strain ApPR. The pathogenic role of this A. parvitarsum rickettsia cannot be discarded, since several species of tick-borne rickettsiae that were considered nonpathogenic for decades are now associated with human infections.