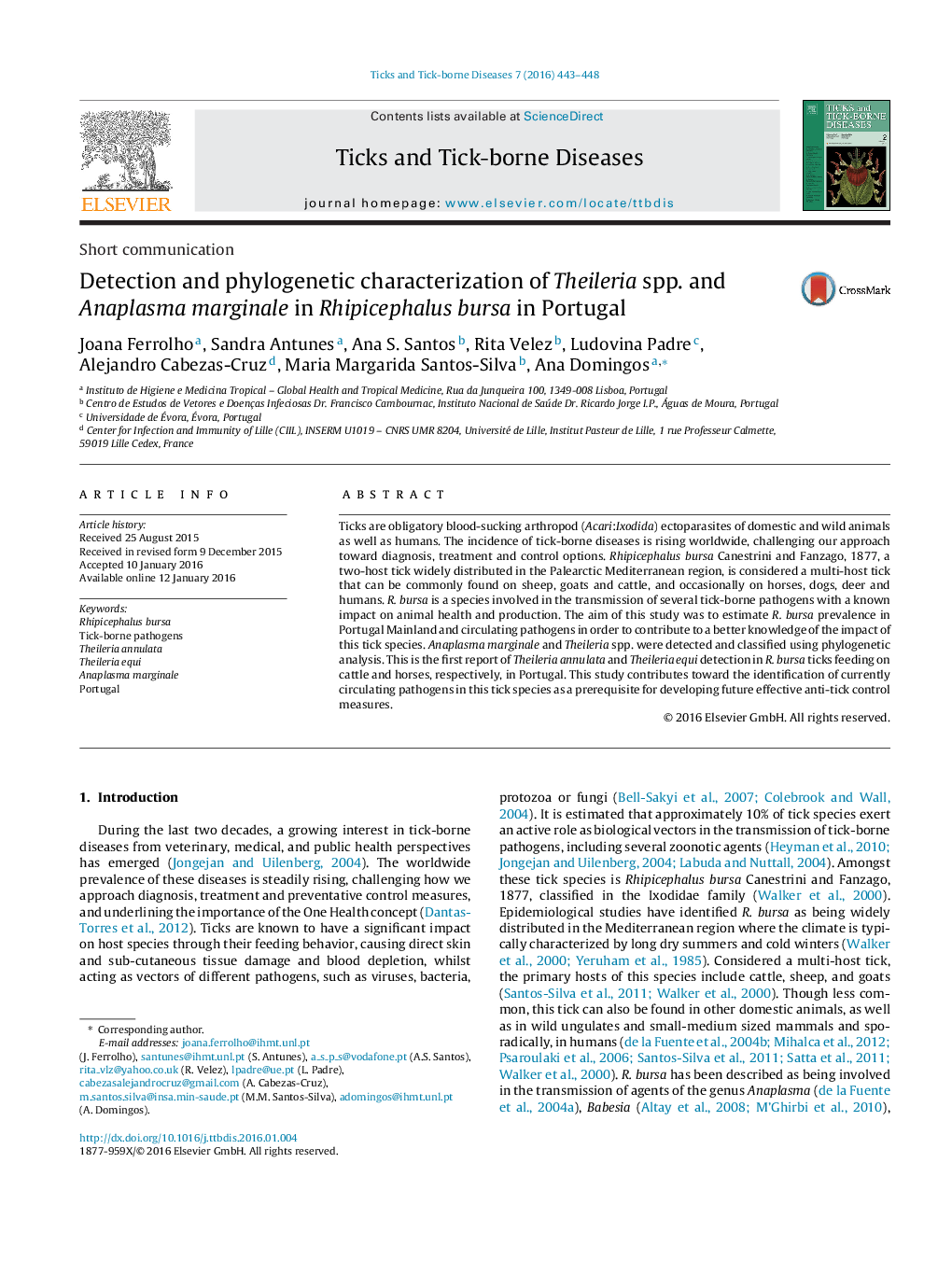 Ticks are obligatory blood-sucking arthropod (Acari:Ixodida) ectoparasites of domestic and wild animals as well as humans. The incidence of tick-borne diseases is rising worldwide, challenging our approach toward diagnosis, treatment and control options. Rhipicephalus bursa Canestrini and Fanzago, 1877, a two-host tick widely distributed in the Palearctic Mediterranean region, is considered a multi-host tick that can be commonly found on sheep, goats and cattle, and occasionally on horses, dogs, deer and humans. R. bursa is a species involved in the transmission of several tick-borne pathogens with a known impact on animal health and production. The aim of this study was to estimate R. bursa prevalence in Portugal Mainland and circulating pathogens in order to contribute to a better knowledge of the impact of this tick species. Anaplasma marginale and Theileria spp. were detected and classified using phylogenetic analysis. This is the first report of Theileria annulata and Theileria equi detection in R. bursa ticks feeding on cattle and horses, respectively, in Portugal. This study contributes toward the identification of currently circulating pathogens in this tick species as a prerequisite for developing future effective anti-tick control measures.