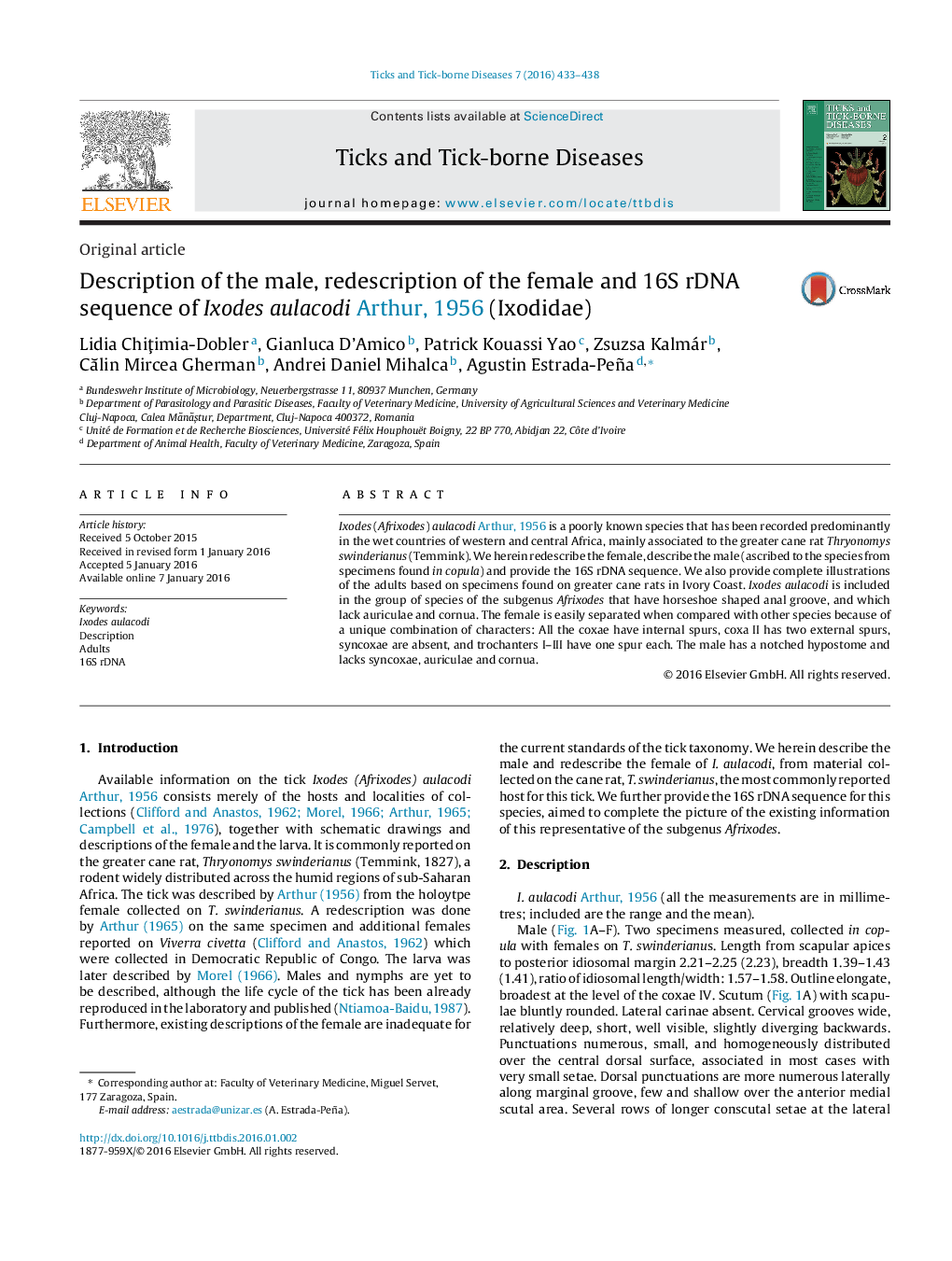 Ixodes (Afrixodes) aulacodi Arthur, 1956 is a poorly known species that has been recorded predominantly in the wet countries of western and central Africa, mainly associated to the greater cane rat Thryonomys swinderianus (Temmink). We herein redescribe the female, describe the male (ascribed to the species from specimens found in copula) and provide the 16S rDNA sequence. We also provide complete illustrations of the adults based on specimens found on greater cane rats in Ivory Coast. Ixodes aulacodi is included in the group of species of the subgenus Afrixodes that have horseshoe shaped anal groove, and which lack auriculae and cornua. The female is easily separated when compared with other species because of a unique combination of characters: All the coxae have internal spurs, coxa II has two external spurs, syncoxae are absent, and trochanters I–III have one spur each. The male has a notched hypostome and lacks syncoxae, auriculae and cornua.