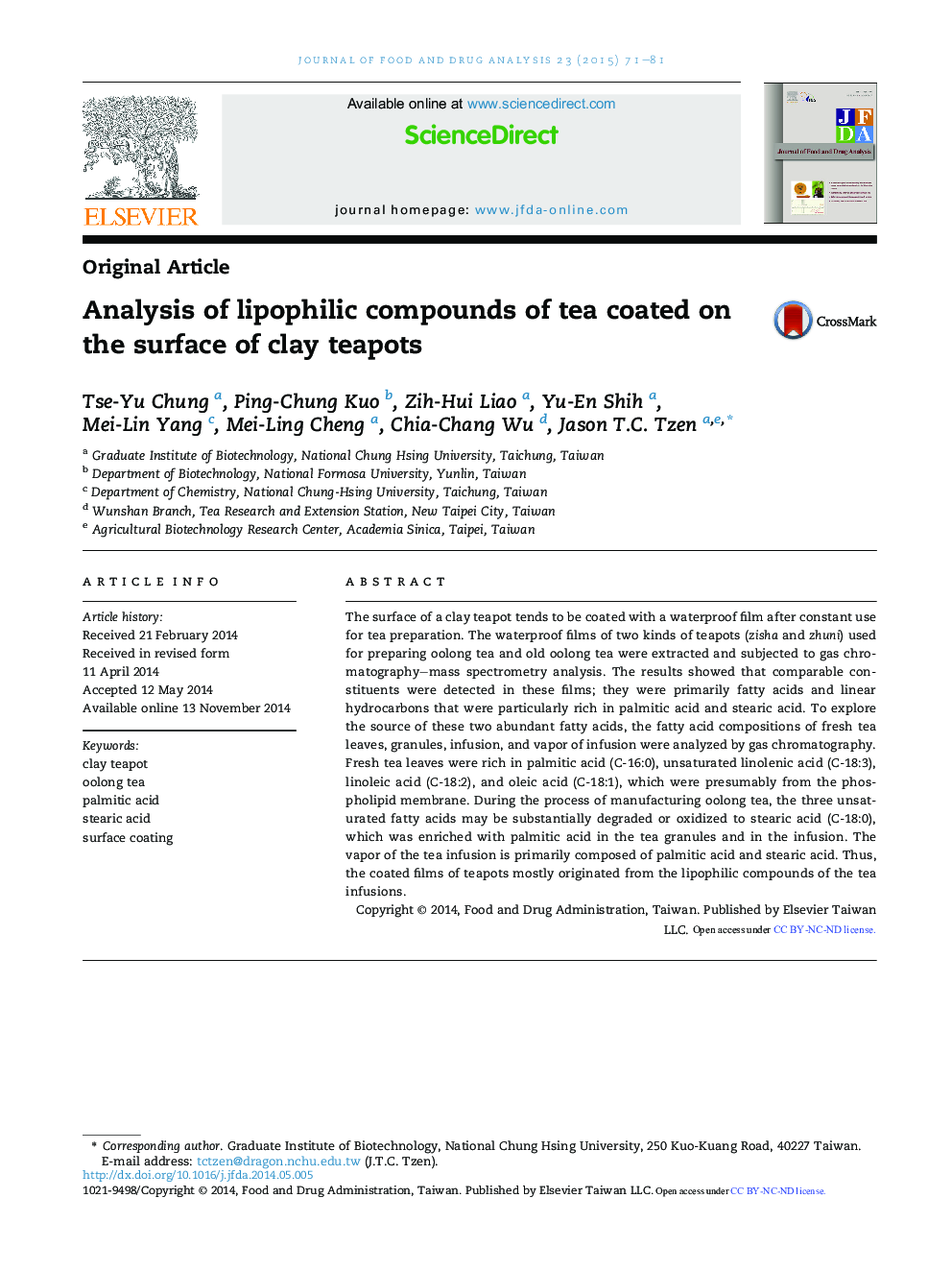 The surface of a clay teapot tends to be coated with a waterproof film after constant use for tea preparation. The waterproof films of two kinds of teapots (zisha and zhuni) used for preparing oolong tea and old oolong tea were extracted and subjected to gas chromatography–mass spectrometry analysis. The results showed that comparable constituents were detected in these films; they were primarily fatty acids and linear hydrocarbons that were particularly rich in palmitic acid and stearic acid. To explore the source of these two abundant fatty acids, the fatty acid compositions of fresh tea leaves, granules, infusion, and vapor of infusion were analyzed by gas chromatography. Fresh tea leaves were rich in palmitic acid (C-16:0), unsaturated linolenic acid (C-18:3), linoleic acid (C-18:2), and oleic acid (C-18:1), which were presumably from the phospholipid membrane. During the process of manufacturing oolong tea, the three unsaturated fatty acids may be substantially degraded or oxidized to stearic acid (C-18:0), which was enriched with palmitic acid in the tea granules and in the infusion. The vapor of the tea infusion is primarily composed of palmitic acid and stearic acid. Thus, the coated films of teapots mostly originated from the lipophilic compounds of the tea infusions.