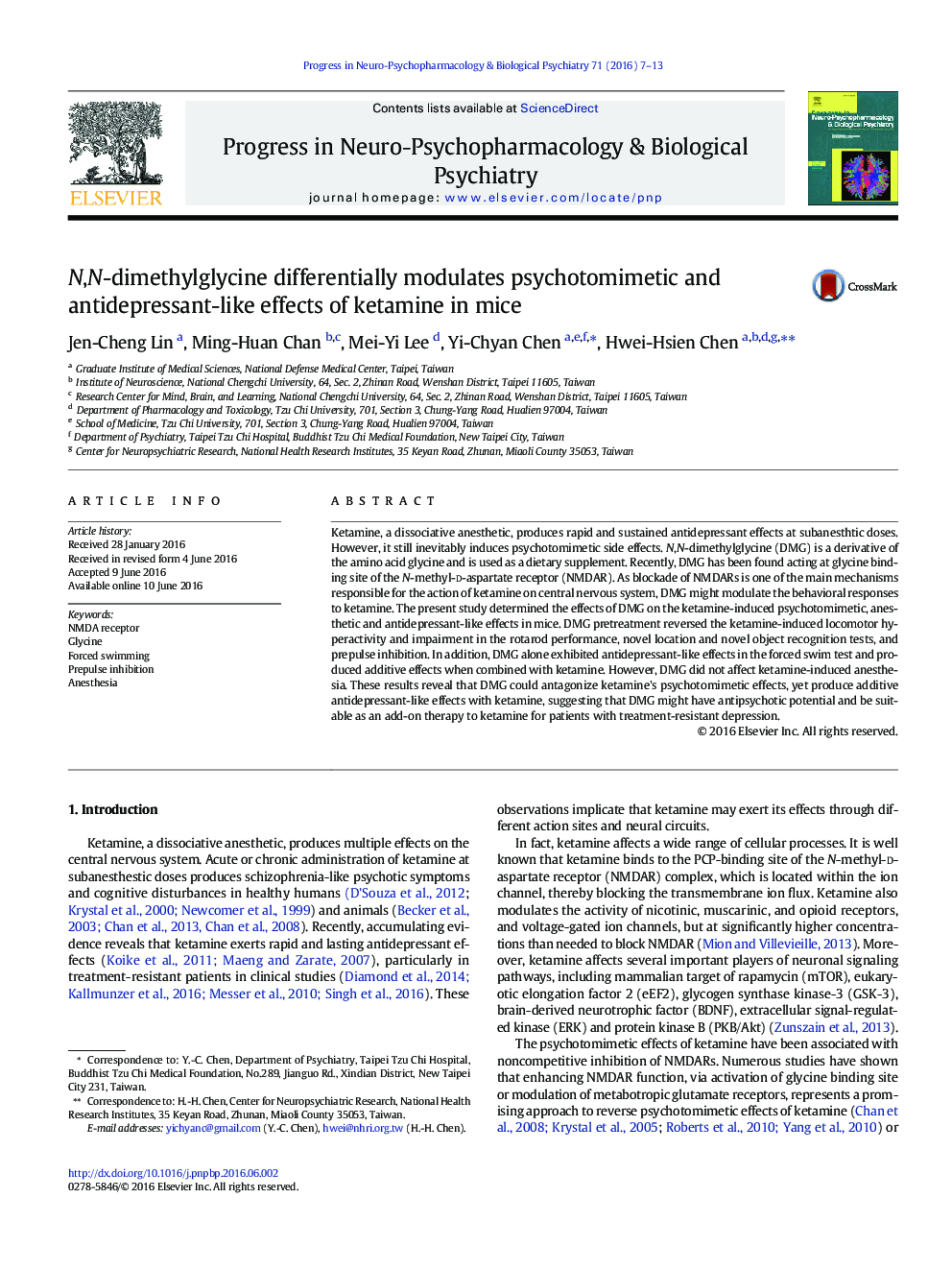 Ketamine, a dissociative anesthetic, produces rapid and sustained antidepressant effects at subanesthtic doses. However, it still inevitably induces psychotomimetic side effects. N,N-dimethylglycine (DMG) is a derivative of the amino acid glycine and is used as a dietary supplement. Recently, DMG has been found acting at glycine binding site of the N-methyl-d-aspartate receptor (NMDAR). As blockade of NMDARs is one of the main mechanisms responsible for the action of ketamine on central nervous system, DMG might modulate the behavioral responses to ketamine. The present study determined the effects of DMG on the ketamine-induced psychotomimetic, anesthetic and antidepressant-like effects in mice. DMG pretreatment reversed the ketamine-induced locomotor hyperactivity and impairment in the rotarod performance, novel location and novel object recognition tests, and prepulse inhibition. In addition, DMG alone exhibited antidepressant-like effects in the forced swim test and produced additive effects when combined with ketamine. However, DMG did not affect ketamine-induced anesthesia. These results reveal that DMG could antagonize ketamine's psychotomimetic effects, yet produce additive antidepressant-like effects with ketamine, suggesting that DMG might have antipsychotic potential and be suitable as an add-on therapy to ketamine for patients with treatment-resistant depression.