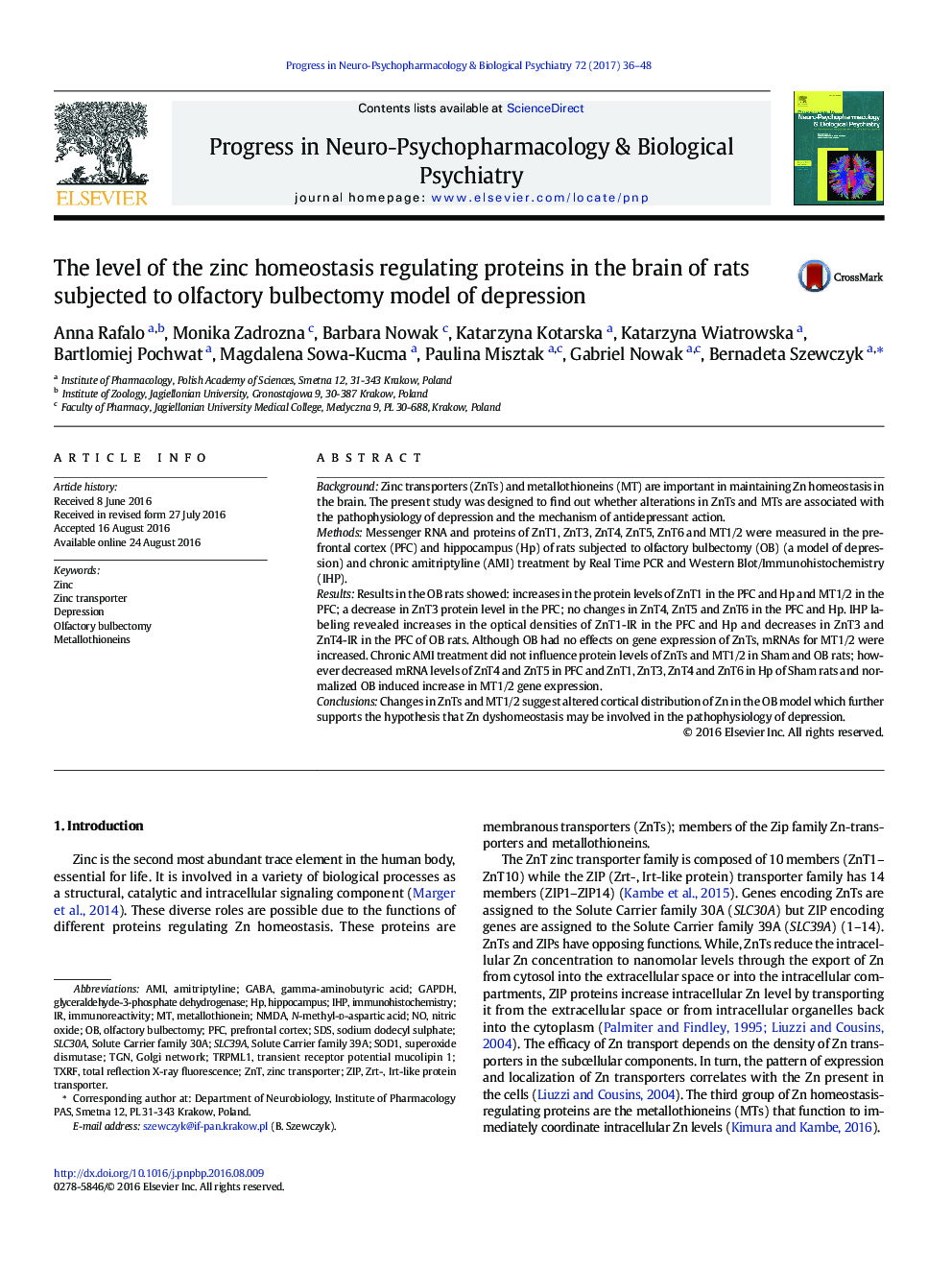 BackgroundZinc transporters (ZnTs) and metallothioneins (MT) are important in maintaining Zn homeostasis in the brain. The present study was designed to find out whether alterations in ZnTs and MTs are associated with the pathophysiology of depression and the mechanism of antidepressant action.MethodsMessenger RNA and proteins of ZnT1, ZnT3, ZnT4, ZnT5, ZnT6 and MT1/2 were measured in the prefrontal cortex (PFC) and hippocampus (Hp) of rats subjected to olfactory bulbectomy (OB) (a model of depression) and chronic amitriptyline (AMI) treatment by Real Time PCR and Western Blot/Immunohistochemistry (IHP).ResultsResults in the OB rats showed: increases in the protein levels of ZnT1 in the PFC and Hp and MT1/2 in the PFC; a decrease in ZnT3 protein level in the PFC; no changes in ZnT4, ZnT5 and ZnT6 in the PFC and Hp. IHP labeling revealed increases in the optical densities of ZnT1-IR in the PFC and Hp and decreases in ZnT3 and ZnT4-IR in the PFC of OB rats. Although OB had no effects on gene expression of ZnTs, mRNAs for MT1/2 were increased. Chronic AMI treatment did not influence protein levels of ZnTs and MT1/2 in Sham and OB rats; however decreased mRNA levels of ZnT4 and ZnT5 in PFC and ZnT1, ZnT3, ZnT4 and ZnT6 in Hp of Sham rats and normalized OB induced increase in MT1/2 gene expression.ConclusionsChanges in ZnTs and MT1/2 suggest altered cortical distribution of Zn in the OB model which further supports the hypothesis that Zn dyshomeostasis may be involved in the pathophysiology of depression.