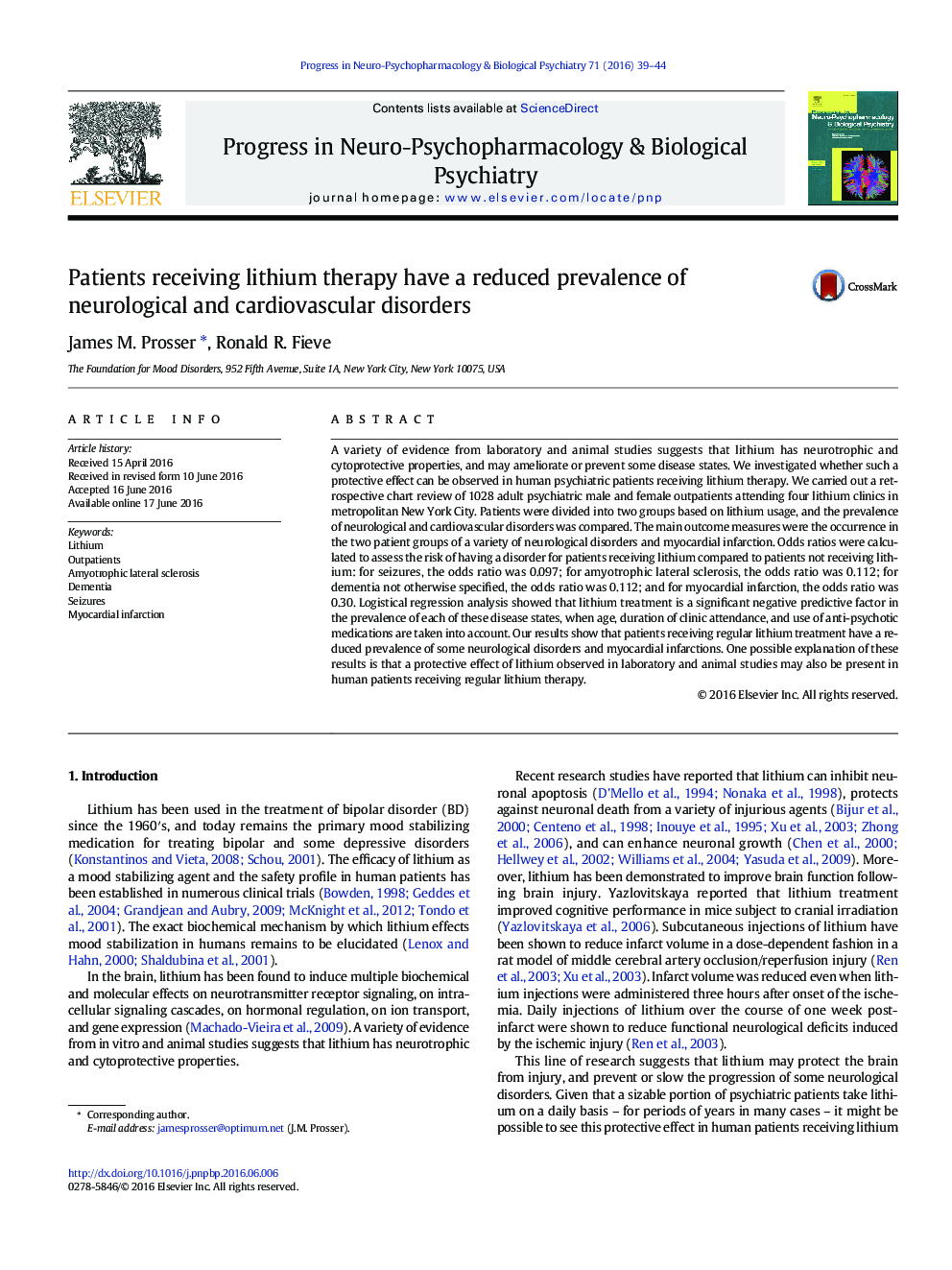 A variety of evidence from laboratory and animal studies suggests that lithium has neurotrophic and cytoprotective properties, and may ameliorate or prevent some disease states. We investigated whether such a protective effect can be observed in human psychiatric patients receiving lithium therapy. We carried out a retrospective chart review of 1028 adult psychiatric male and female outpatients attending four lithium clinics in metropolitan New York City. Patients were divided into two groups based on lithium usage, and the prevalence of neurological and cardiovascular disorders was compared. The main outcome measures were the occurrence in the two patient groups of a variety of neurological disorders and myocardial infarction. Odds ratios were calculated to assess the risk of having a disorder for patients receiving lithium compared to patients not receiving lithium: for seizures, the odds ratio was 0.097; for amyotrophic lateral sclerosis, the odds ratio was 0.112; for dementia not otherwise specified, the odds ratio was 0.112; and for myocardial infarction, the odds ratio was 0.30. Logistical regression analysis showed that lithium treatment is a significant negative predictive factor in the prevalence of each of these disease states, when age, duration of clinic attendance, and use of anti-psychotic medications are taken into account. Our results show that patients receiving regular lithium treatment have a reduced prevalence of some neurological disorders and myocardial infarctions. One possible explanation of these results is that a protective effect of lithium observed in laboratory and animal studies may also be present in human patients receiving regular lithium therapy.