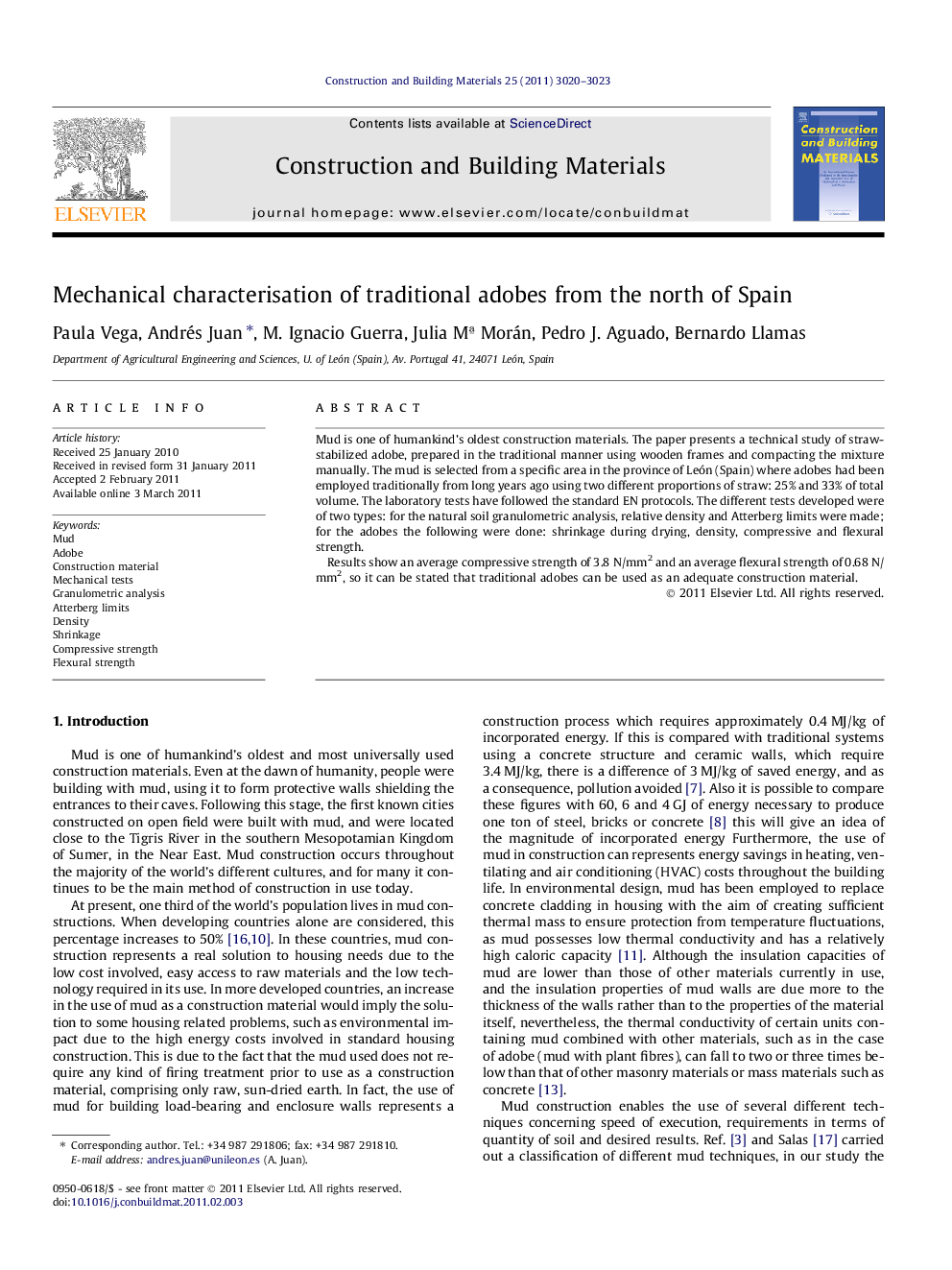 Mud is one of humankind’s oldest construction materials. The paper presents a technical study of straw-stabilized adobe, prepared in the traditional manner using wooden frames and compacting the mixture manually. The mud is selected from a specific area in the province of León (Spain) where adobes had been employed traditionally from long years ago using two different proportions of straw: 25% and 33% of total volume. The laboratory tests have followed the standard EN protocols. The different tests developed were of two types: for the natural soil granulometric analysis, relative density and Atterberg limits were made; for the adobes the following were done: shrinkage during drying, density, compressive and flexural strength.Results show an average compressive strength of 3.8 N/mm2 and an average flexural strength of 0.68 N/mm2, so it can be stated that traditional adobes can be used as an adequate construction material.

Research highlights
► We have done mechanical tests in traditional adobes following standard EN protocols.
► Adobe is made from soil obtained in the province of Leon and straw as stabilizer.
► We obtained average strengths (MPa) of 3.8 compressive and 0.68 flexural.
► Adobe with 33.3% straw has less shrinkage and lower density than 25% straw.