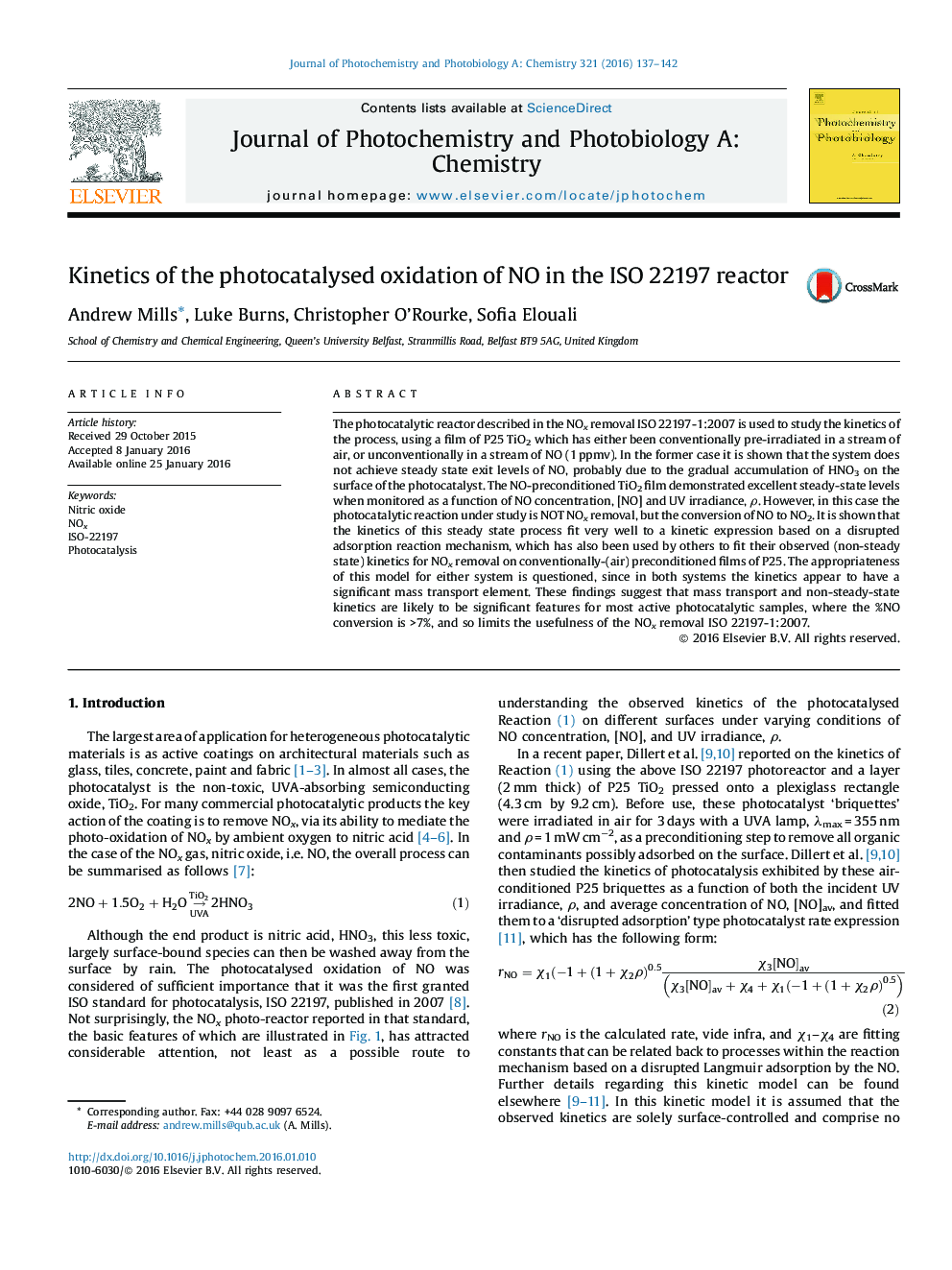 • The kinetics of NOx removal using ISO 22197 and P25 films are studied.
• Samples must be preconditioned in NO (1 ppmv) to obtain steady state NO levels.
• Kinetics of NO to NO2 conversion studied by varying [NO] and UV irradiance.
• Removal rates at >7% NO conversion likely to include sizable mass transport effects.

The photocatalytic reactor described in the NOx removal ISO 22197-1:2007 is used to study the kinetics of the process, using a film of P25 TiO2 which has either been conventionally pre-irradiated in a stream of air, or unconventionally in a stream of NO (1 ppmv). In the former case it is shown that the system does not achieve steady state exit levels of NO, probably due to the gradual accumulation of HNO3 on the surface of the photocatalyst. The NO-preconditioned TiO2 film demonstrated excellent steady-state levels when monitored as a function of NO concentration, [NO] and UV irradiance, ρ. However, in this case the photocatalytic reaction under study is NOT NOx removal, but the conversion of NO to NO2. It is shown that the kinetics of this steady state process fit very well to a kinetic expression based on a disrupted adsorption reaction mechanism, which has also been used by others to fit their observed (non-steady state) kinetics for NOx removal on conventionally-(air) preconditioned films of P25. The appropriateness of this model for either system is questioned, since in both systems the kinetics appear to have a significant mass transport element. These findings suggest that mass transport and non-steady-state kinetics are likely to be significant features for most active photocatalytic samples, where the %NO conversion is >7%, and so limits the usefulness of the NOx removal ISO 22197-1:2007.