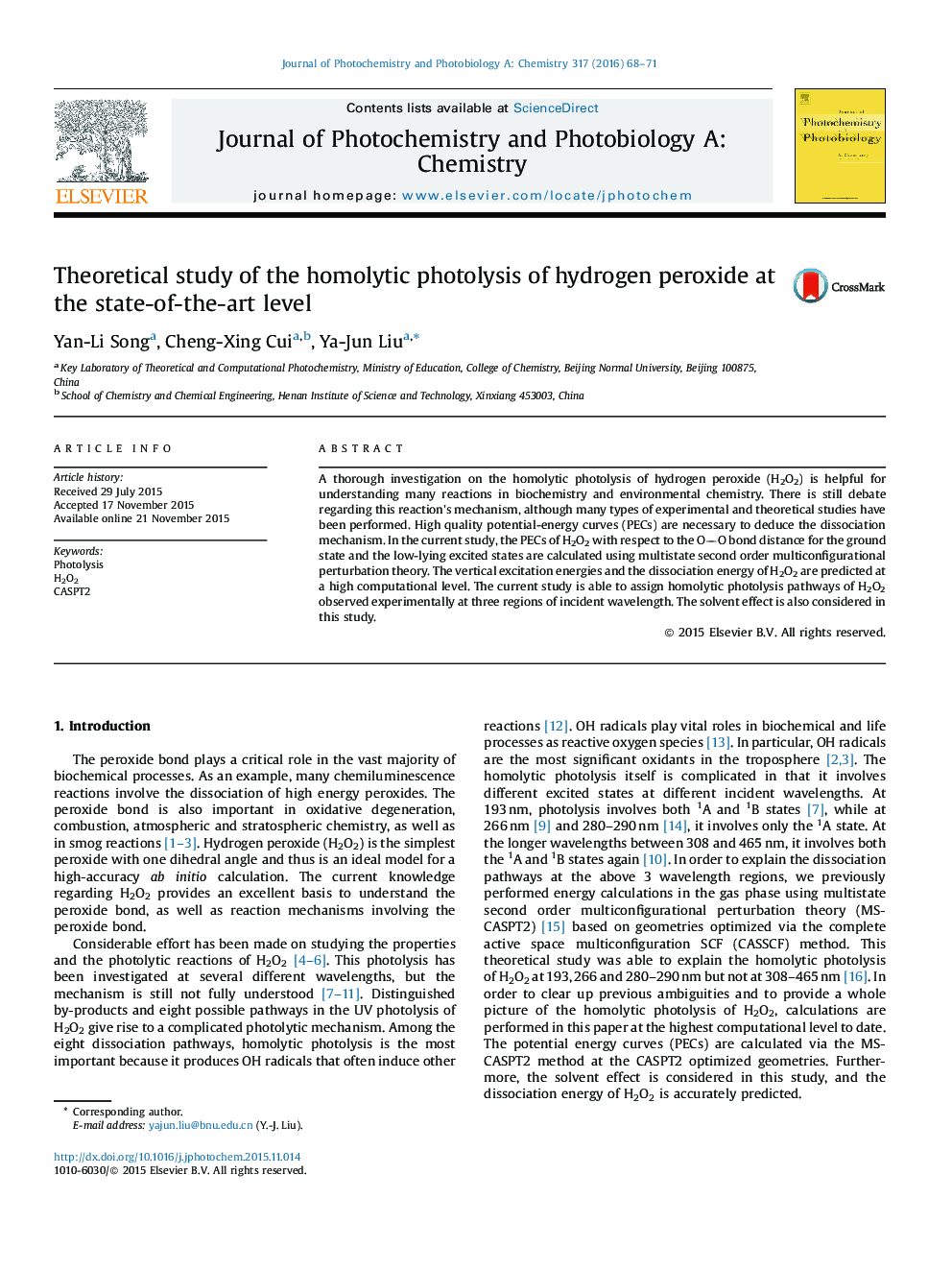 A thorough investigation on the homolytic photolysis of hydrogen peroxide (H2O2) is helpful for understanding many reactions in biochemistry and environmental chemistry. There is still debate regarding this reaction's mechanism, although many types of experimental and theoretical studies have been performed. High quality potential-energy curves (PECs) are necessary to deduce the dissociation mechanism. In the current study, the PECs of H2O2 with respect to the OO bond distance for the ground state and the low-lying excited states are calculated using multistate second order multiconfigurational perturbation theory. The vertical excitation energies and the dissociation energy of H2O2 are predicted at a high computational level. The current study is able to assign homolytic photolysis pathways of H2O2 observed experimentally at three regions of incident wavelength. The solvent effect is also considered in this study.