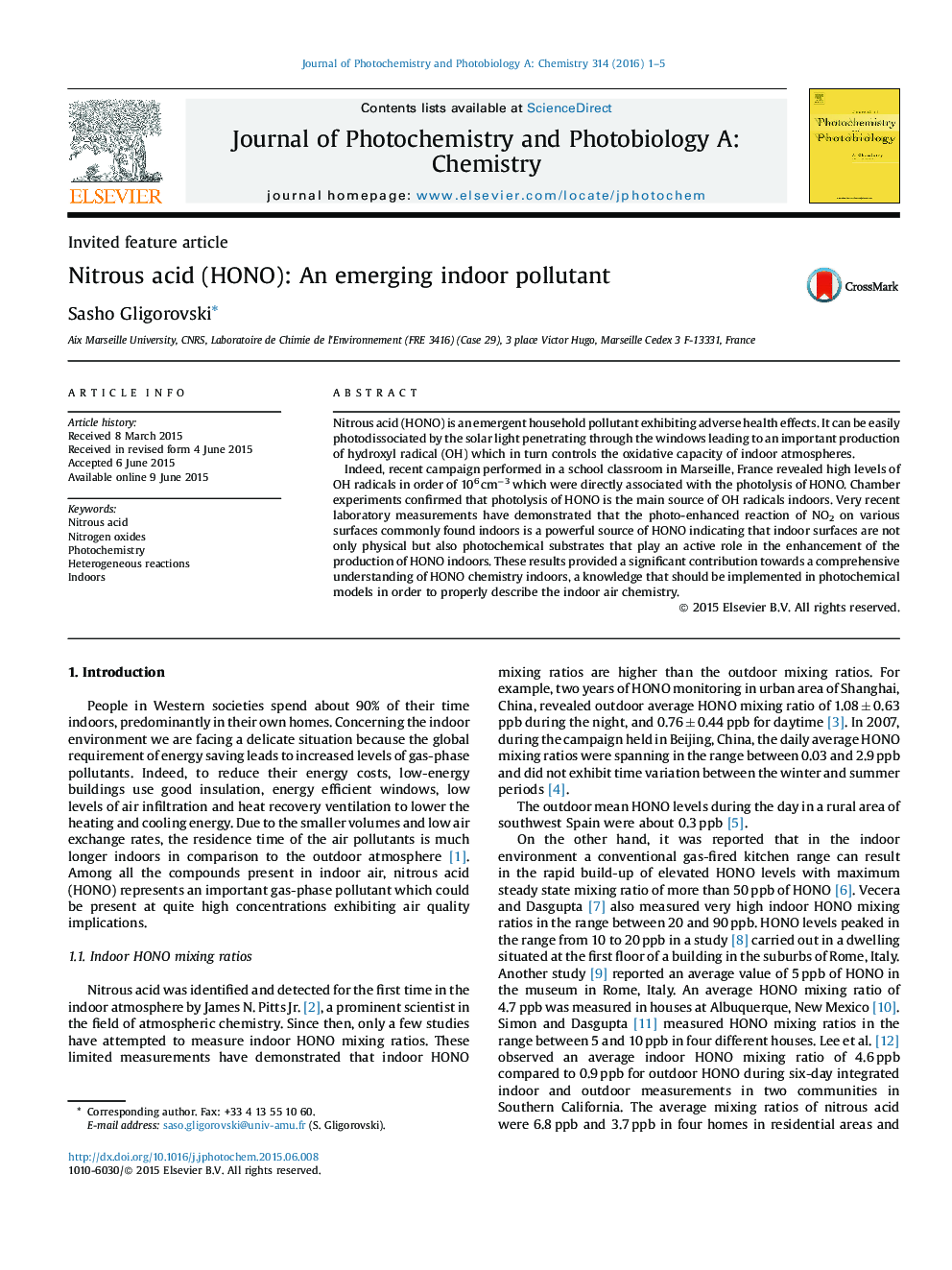 Nitrous acid (HONO) is an emergent household pollutant exhibiting adverse health effects. It can be easily photodissociated by the solar light penetrating through the windows leading to an important production of hydroxyl radical (OH) which in turn controls the oxidative capacity of indoor atmospheres.Indeed, recent campaign performed in a school classroom in Marseille, France revealed high levels of OH radicals in order of 106 cm−3 which were directly associated with the photolysis of HONO. Chamber experiments confirmed that photolysis of HONO is the main source of OH radicals indoors. Very recent laboratory measurements have demonstrated that the photo-enhanced reaction of NO2 on various surfaces commonly found indoors is a powerful source of HONO indicating that indoor surfaces are not only physical but also photochemical substrates that play an active role in the enhancement of the production of HONO indoors. These results provided a significant contribution towards a comprehensive understanding of HONO chemistry indoors, a knowledge that should be implemented in photochemical models in order to properly describe the indoor air chemistry.