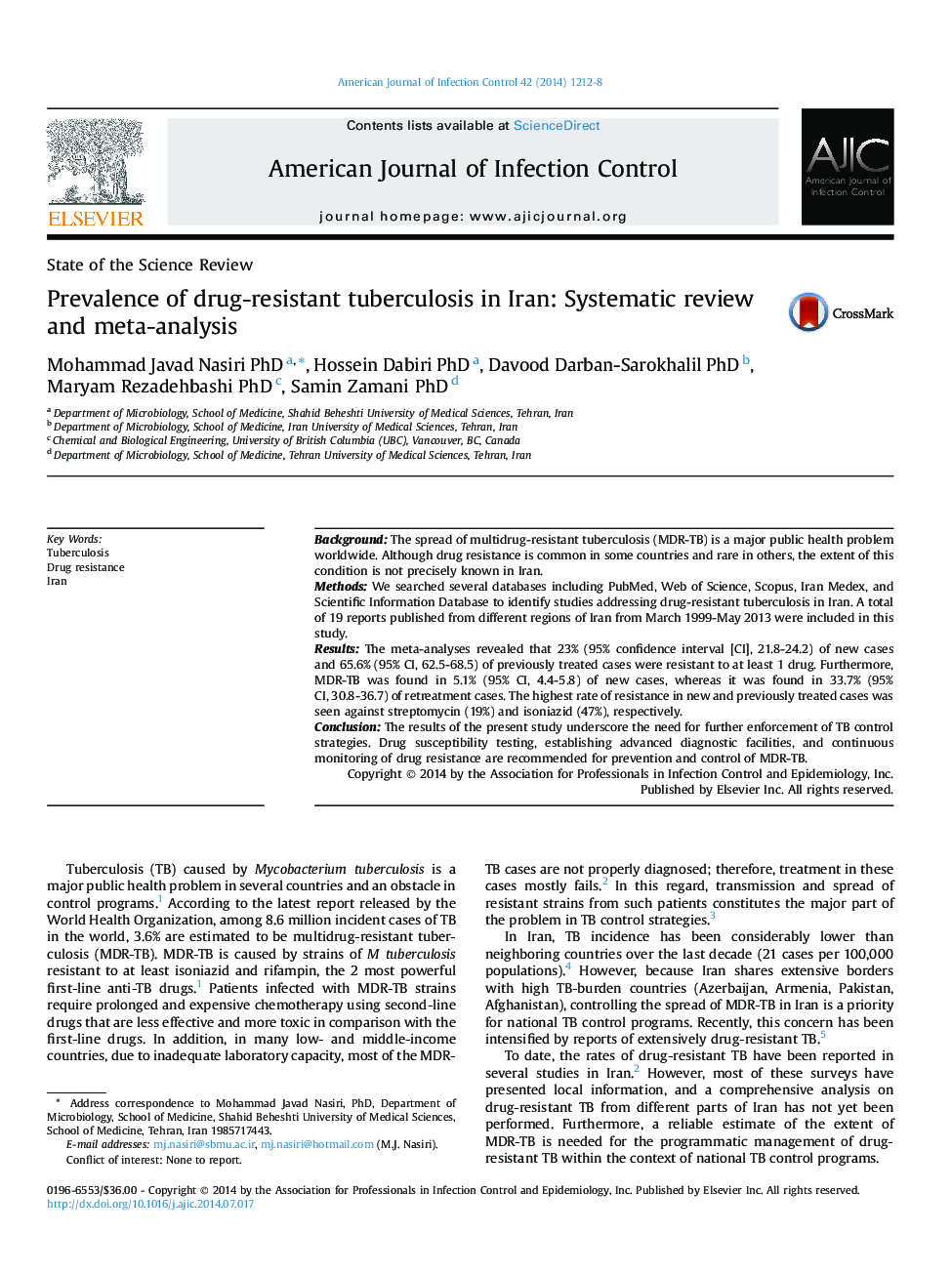 BackgroundThe spread of multidrug-resistant tuberculosis (MDR-TB) is a major public health problem worldwide. Although drug resistance is common in some countries and rare in others, the extent of this condition is not precisely known in Iran.MethodsWe searched several databases including PubMed, Web of Science, Scopus, Iran Medex, and Scientific Information Database to identify studies addressing drug-resistant tuberculosis in Iran. A total of 19 reports published from different regions of Iran from March 1999-May 2013 were included in this study.ResultsThe meta-analyses revealed that 23% (95% confidence interval [CI], 21.8-24.2) of new cases and 65.6% (95% CI, 62.5-68.5) of previously treated cases were resistant to at least 1 drug. Furthermore, MDR-TB was found in 5.1% (95% CI, 4.4-5.8) of new cases, whereas it was found in 33.7% (95% CI, 30.8-36.7) of retreatment cases. The highest rate of resistance in new and previously treated cases was seen against streptomycin (19%) and isoniazid (47%), respectively.ConclusionThe results of the present study underscore the need for further enforcement of TB control strategies. Drug susceptibility testing, establishing advanced diagnostic facilities, and continuous monitoring of drug resistance are recommended for prevention and control of MDR-TB.