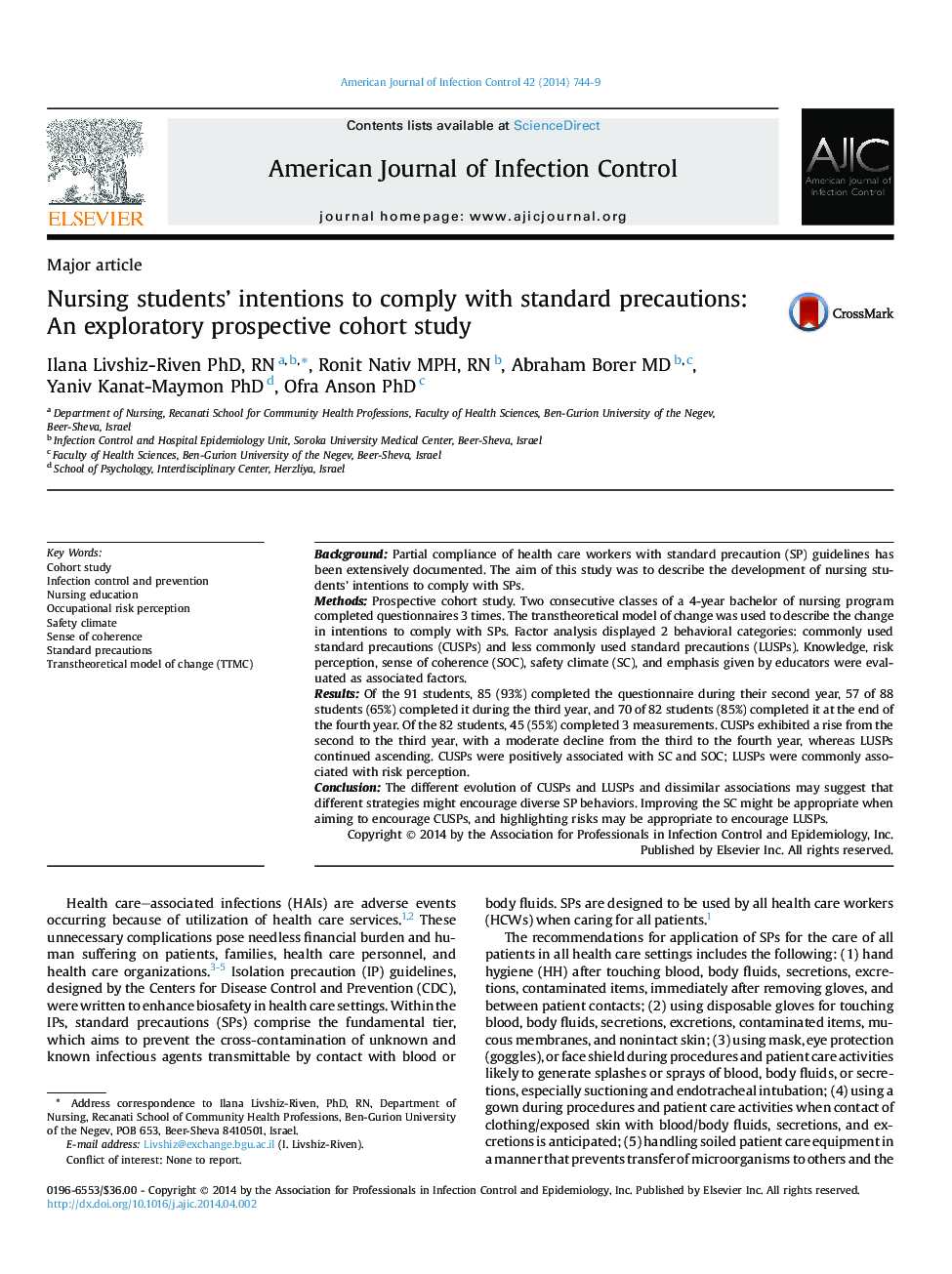 BackgroundPartial compliance of health care workers with standard precaution (SP) guidelines has been extensively documented. The aim of this study was to describe the development of nursing students' intentions to comply with SPs.MethodsProspective cohort study. Two consecutive classes of a 4-year bachelor of nursing program completed questionnaires 3 times. The transtheoretical model of change was used to describe the change in intentions to comply with SPs. Factor analysis displayed 2 behavioral categories: commonly used standard precautions (CUSPs) and less commonly used standard precautions (LUSPs). Knowledge, risk perception, sense of coherence (SOC), safety climate (SC), and emphasis given by educators were evaluated as associated factors.ResultsOf the 91 students, 85 (93%) completed the questionnaire during their second year, 57 of 88 students (65%) completed it during the third year, and 70 of 82 students (85%) completed it at the end of the fourth year. Of the 82 students, 45 (55%) completed 3 measurements. CUSPs exhibited a rise from the second to the third year, with a moderate decline from the third to the fourth year, whereas LUSPs continued ascending. CUSPs were positively associated with SC and SOC; LUSPs were commonly associated with risk perception.ConclusionThe different evolution of CUSPs and LUSPs and dissimilar associations may suggest that different strategies might encourage diverse SP behaviors. Improving the SC might be appropriate when aiming to encourage CUSPs, and highlighting risks may be appropriate to encourage LUSPs.