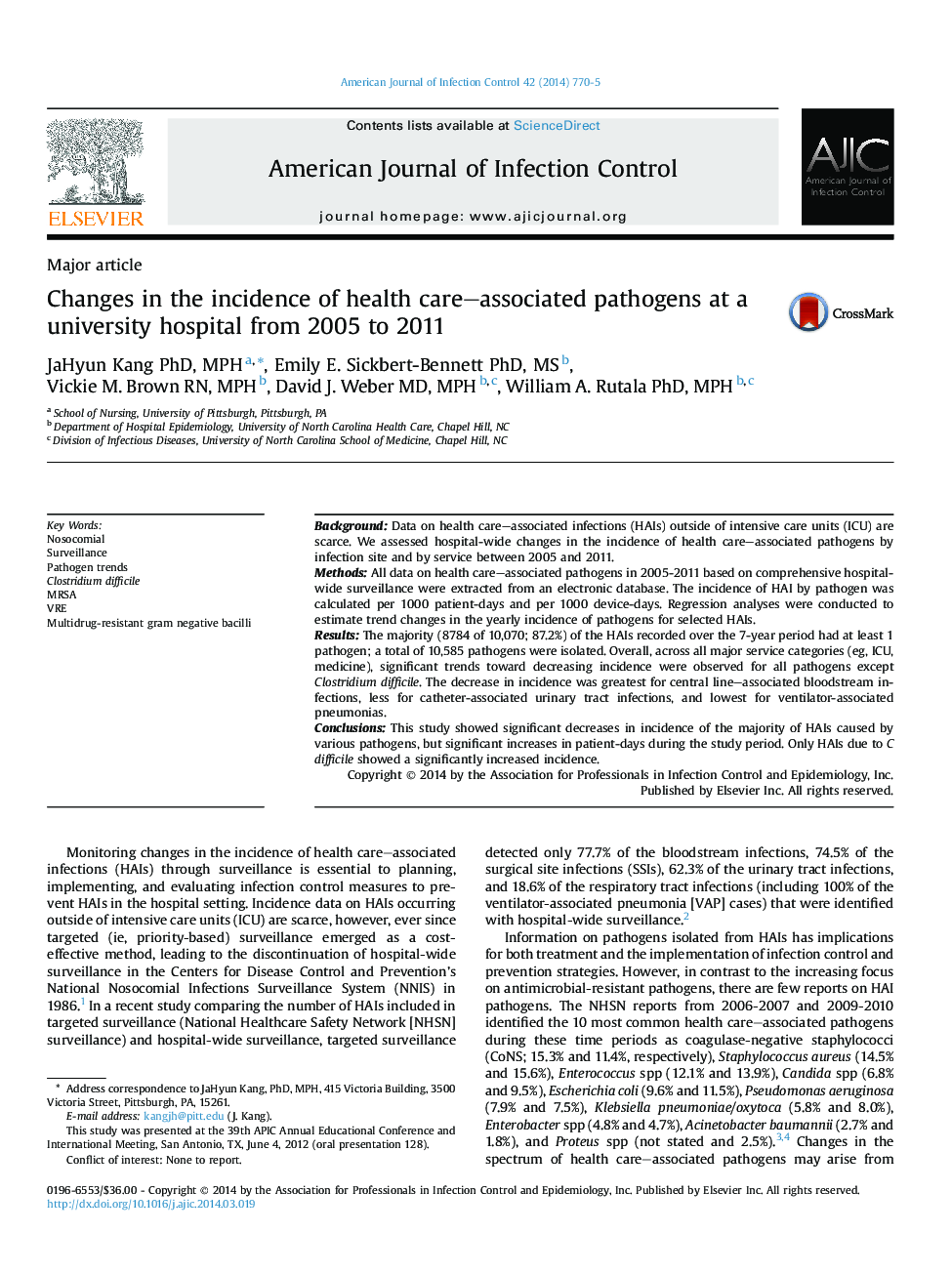 BackgroundData on health care–associated infections (HAIs) outside of intensive care units (ICU) are scarce. We assessed hospital-wide changes in the incidence of health care–associated pathogens by infection site and by service between 2005 and 2011.MethodsAll data on health care–associated pathogens in 2005-2011 based on comprehensive hospital-wide surveillance were extracted from an electronic database. The incidence of HAI by pathogen was calculated per 1000 patient-days and per 1000 device-days. Regression analyses were conducted to estimate trend changes in the yearly incidence of pathogens for selected HAIs.ResultsThe majority (8784 of 10,070; 87.2%) of the HAIs recorded over the 7-year period had at least 1 pathogen; a total of 10,585 pathogens were isolated. Overall, across all major service categories (eg, ICU, medicine), significant trends toward decreasing incidence were observed for all pathogens except Clostridium difficile. The decrease in incidence was greatest for central line–associated bloodstream infections, less for catheter-associated urinary tract infections, and lowest for ventilator-associated pneumonias.ConclusionsThis study showed significant decreases in incidence of the majority of HAIs caused by various pathogens, but significant increases in patient-days during the study period. Only HAIs due to C difficile showed a significantly increased incidence.