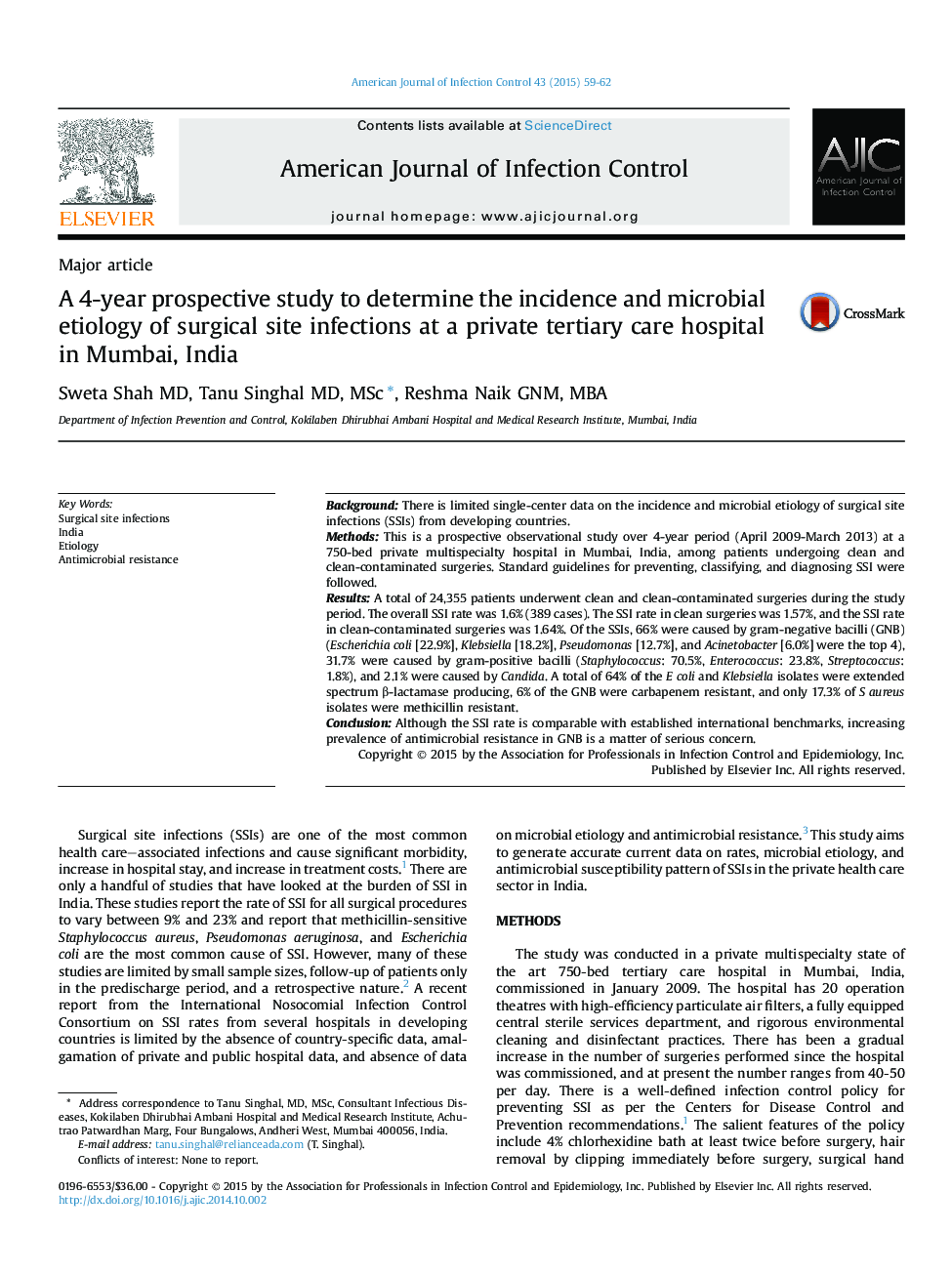 BackgroundThere is limited single-center data on the incidence and microbial etiology of surgical site infections (SSIs) from developing countries.MethodsThis is a prospective observational study over 4-year period (April 2009-March 2013) at a 750-bed private multispecialty hospital in Mumbai, India, among patients undergoing clean and clean-contaminated surgeries. Standard guidelines for preventing, classifying, and diagnosing SSI were followed.ResultsA total of 24,355 patients underwent clean and clean-contaminated surgeries during the study period. The overall SSI rate was 1.6% (389 cases). The SSI rate in clean surgeries was 1.57%, and the SSI rate in clean-contaminated surgeries was 1.64%. Of the SSIs, 66% were caused by gram-negative bacilli (GNB) (Escherichia coli [22.9%], Klebsiella [18.2%], Pseudomonas [12.7%], and Acinetobacter [6.0%] were the top 4), 31.7% were caused by gram-positive bacilli (Staphylococcus: 70.5%, Enterococcus: 23.8%, Streptococcus: 1.8%), and 2.1% were caused by Candida. A total of 64% of the E coli and Klebsiella isolates were extended spectrum β-lactamase producing, 6% of the GNB were carbapenem resistant, and only 17.3% of S aureus isolates were methicillin resistant.ConclusionAlthough the SSI rate is comparable with established international benchmarks, increasing prevalence of antimicrobial resistance in GNB is a matter of serious concern.