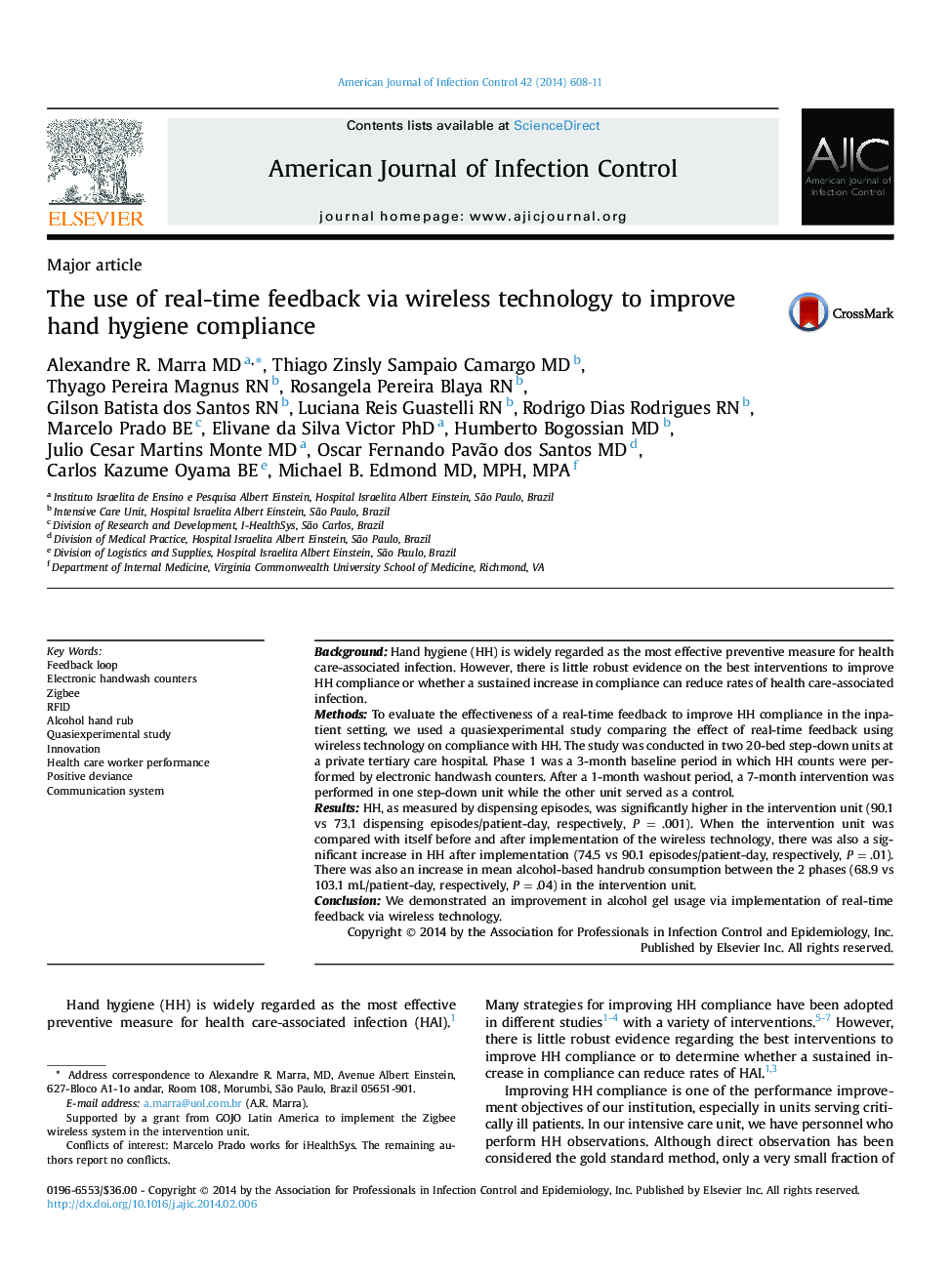 BackgroundHand hygiene (HH) is widely regarded as the most effective preventive measure for health care-associated infection. However, there is little robust evidence on the best interventions to improve HH compliance or whether a sustained increase in compliance can reduce rates of health care-associated infection.MethodsTo evaluate the effectiveness of a real-time feedback to improve HH compliance in the inpatient setting, we used a quasiexperimental study comparing the effect of real-time feedback using wireless technology on compliance with HH. The study was conducted in two 20-bed step-down units at a private tertiary care hospital. Phase 1 was a 3-month baseline period in which HH counts were performed by electronic handwash counters. After a 1-month washout period, a 7-month intervention was performed in one step-down unit while the other unit served as a control.ResultsHH, as measured by dispensing episodes, was significantly higher in the intervention unit (90.1 vs 73.1 dispensing episodes/patient-day, respectively, P = .001). When the intervention unit was compared with itself before and after implementation of the wireless technology, there was also a significant increase in HH after implementation (74.5 vs 90.1 episodes/patient-day, respectively, P = .01). There was also an increase in mean alcohol-based handrub consumption between the 2 phases (68.9 vs 103.1 mL/patient-day, respectively, P = .04) in the intervention unit.ConclusionWe demonstrated an improvement in alcohol gel usage via implementation of real-time feedback via wireless technology.