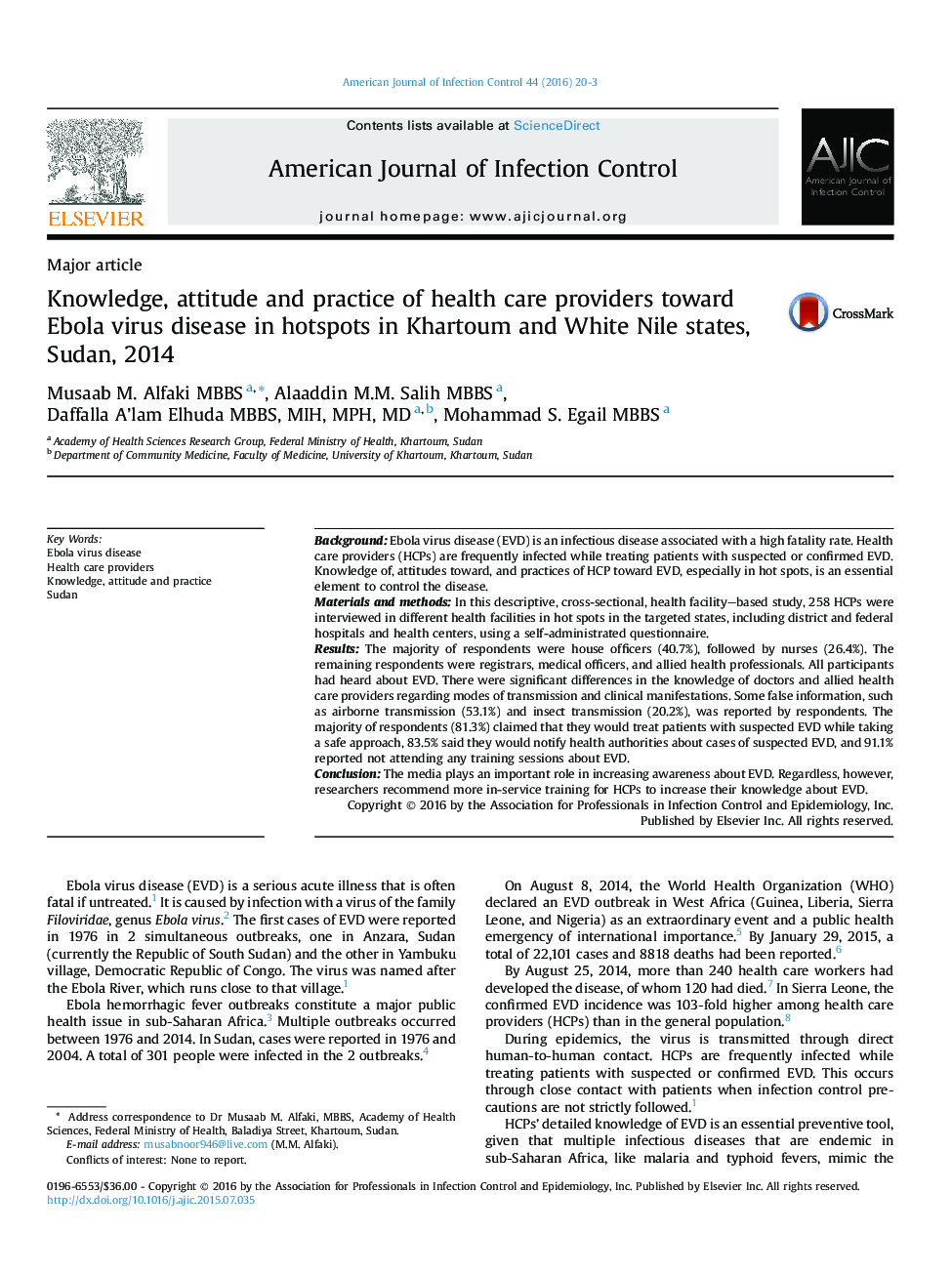 BackgroundEbola virus disease (EVD) is an infectious disease associated with a high fatality rate. Health care providers (HCPs) are frequently infected while treating patients with suspected or confirmed EVD. Knowledge of, attitudes toward, and practices of HCP toward EVD, especially in hot spots, is an essential element to control the disease.Materials and methodsIn this descriptive, cross-sectional, health facility–based study, 258 HCPs were interviewed in different health facilities in hot spots in the targeted states, including district and federal hospitals and health centers, using a self-administrated questionnaire.ResultsThe majority of respondents were house officers (40.7%), followed by nurses (26.4%). The remaining respondents were registrars, medical officers, and allied health professionals. All participants had heard about EVD. There were significant differences in the knowledge of doctors and allied health care providers regarding modes of transmission and clinical manifestations. Some false information, such as airborne transmission (53.1%) and insect transmission (20.2%), was reported by respondents. The majority of respondents (81.3%) claimed that they would treat patients with suspected EVD while taking a safe approach, 83.5% said they would notify health authorities about cases of suspected EVD, and 91.1% reported not attending any training sessions about EVD.ConclusionThe media plays an important role in increasing awareness about EVD. Regardless, however, researchers recommend more in-service training for HCPs to increase their knowledge about EVD.