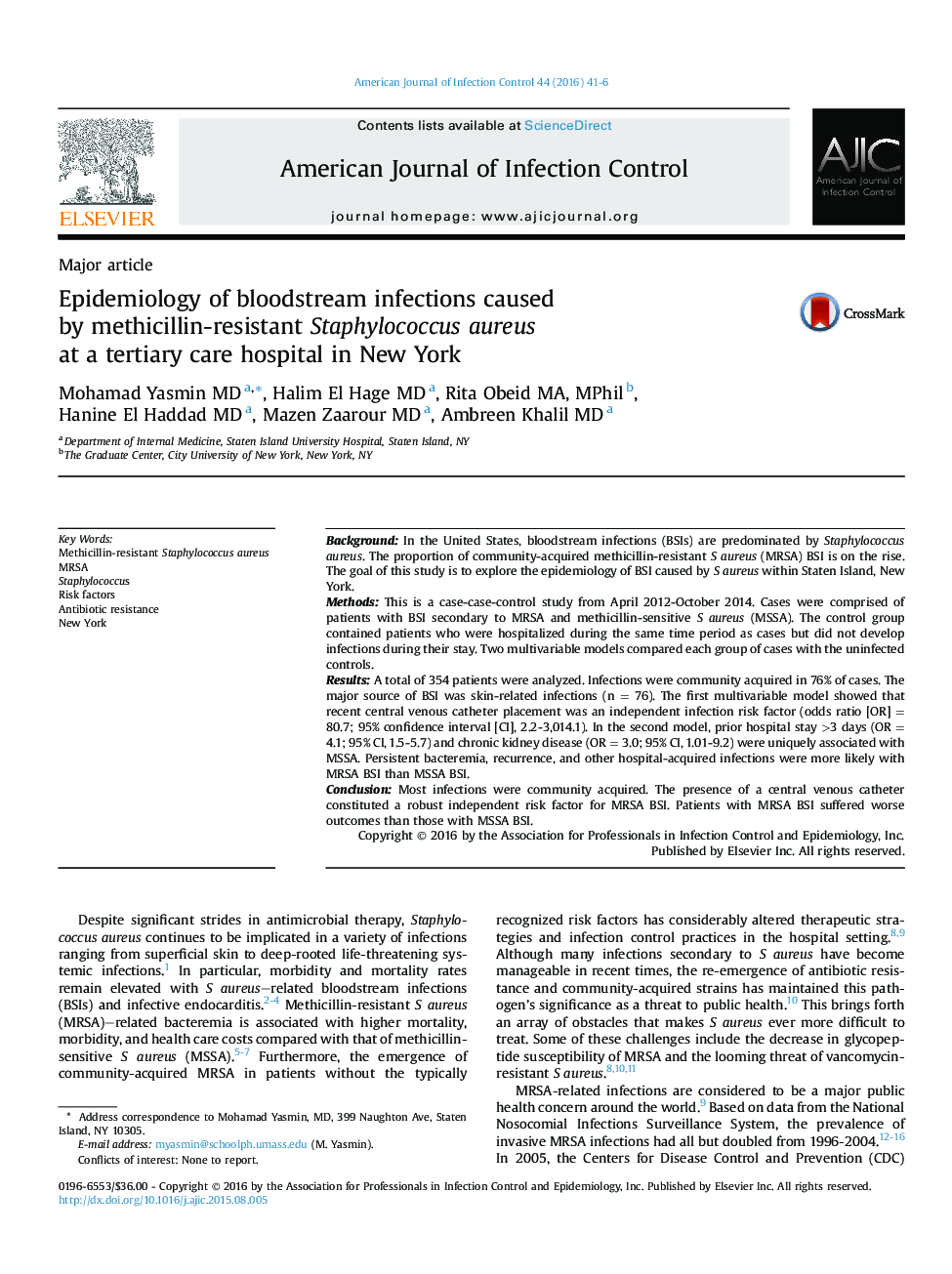 BackgroundIn the United States, bloodstream infections (BSIs) are predominated by Staphylococcus aureus. The proportion of community-acquired methicillin-resistant S aureus (MRSA) BSI is on the rise. The goal of this study is to explore the epidemiology of BSI caused by S aureus within Staten Island, New York.MethodsThis is a case-case-control study from April 2012-October 2014. Cases were comprised of patients with BSI secondary to MRSA and methicillin-sensitive S aureus (MSSA). The control group contained patients who were hospitalized during the same time period as cases but did not develop infections during their stay. Two multivariable models compared each group of cases with the uninfected controls.ResultsA total of 354 patients were analyzed. Infections were community acquired in 76% of cases. The major source of BSI was skin-related infections (n = 76). The first multivariable model showed that recent central venous catheter placement was an independent infection risk factor (odds ratio [OR] = 80.7; 95% confidence interval [CI], 2.2-3,014.1). In the second model, prior hospital stay >3 days (OR = 4.1; 95% CI, 1.5-5.7) and chronic kidney disease (OR = 3.0; 95% CI, 1.01-9.2) were uniquely associated with MSSA. Persistent bacteremia, recurrence, and other hospital-acquired infections were more likely with MRSA BSI than MSSA BSI.ConclusionMost infections were community acquired. The presence of a central venous catheter constituted a robust independent risk factor for MRSA BSI. Patients with MRSA BSI suffered worse outcomes than those with MSSA BSI.