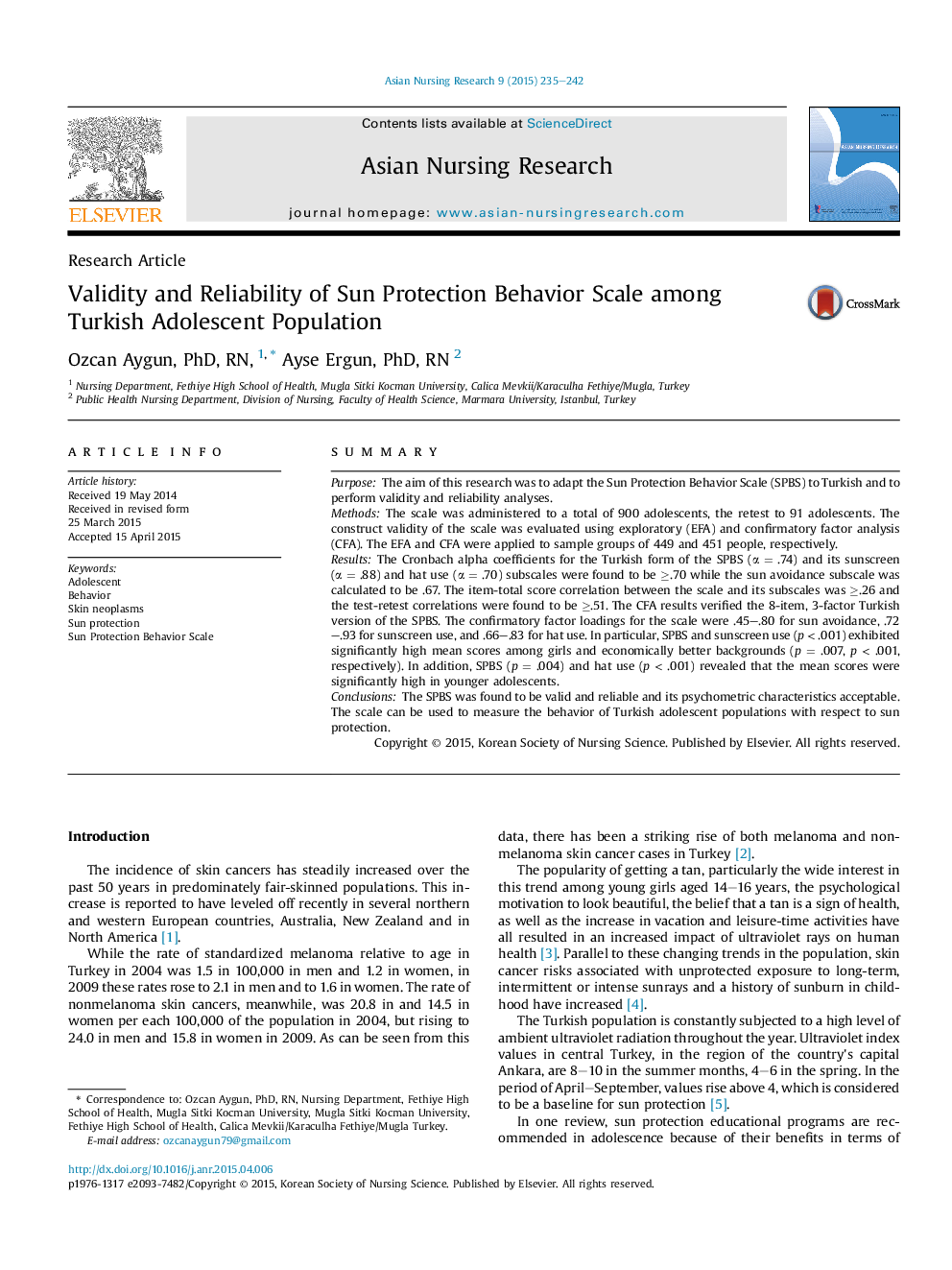 SummaryPurposeThe aim of this research was to adapt the Sun Protection Behavior Scale (SPBS) to Turkish and to perform validity and reliability analyses.MethodsThe scale was administered to a total of 900 adolescents, the retest to 91 adolescents. The construct validity of the scale was evaluated using exploratory (EFA) and confirmatory factor analysis (CFA). The EFA and CFA were applied to sample groups of 449 and 451 people, respectively.ResultsThe Cronbach alpha coefficients for the Turkish form of the SPBS (α = .74) and its sunscreen (α = .88) and hat use (α = .70) subscales were found to be ≥.70 while the sun avoidance subscale was calculated to be .67. The item-total score correlation between the scale and its subscales was ≥.26 and the test-retest correlations were found to be ≥.51. The CFA results verified the 8-item, 3-factor Turkish version of the SPBS. The confirmatory factor loadings for the scale were .45–.80 for sun avoidance, .72–.93 for sunscreen use, and .66–.83 for hat use. In particular, SPBS and sunscreen use (p < .001) exhibited significantly high mean scores among girls and economically better backgrounds (p = .007, p < .001, respectively). In addition, SPBS (p = .004) and hat use (p < .001) revealed that the mean scores were significantly high in younger adolescents.ConclusionsThe SPBS was found to be valid and reliable and its psychometric characteristics acceptable. The scale can be used to measure the behavior of Turkish adolescent populations with respect to sun protection.