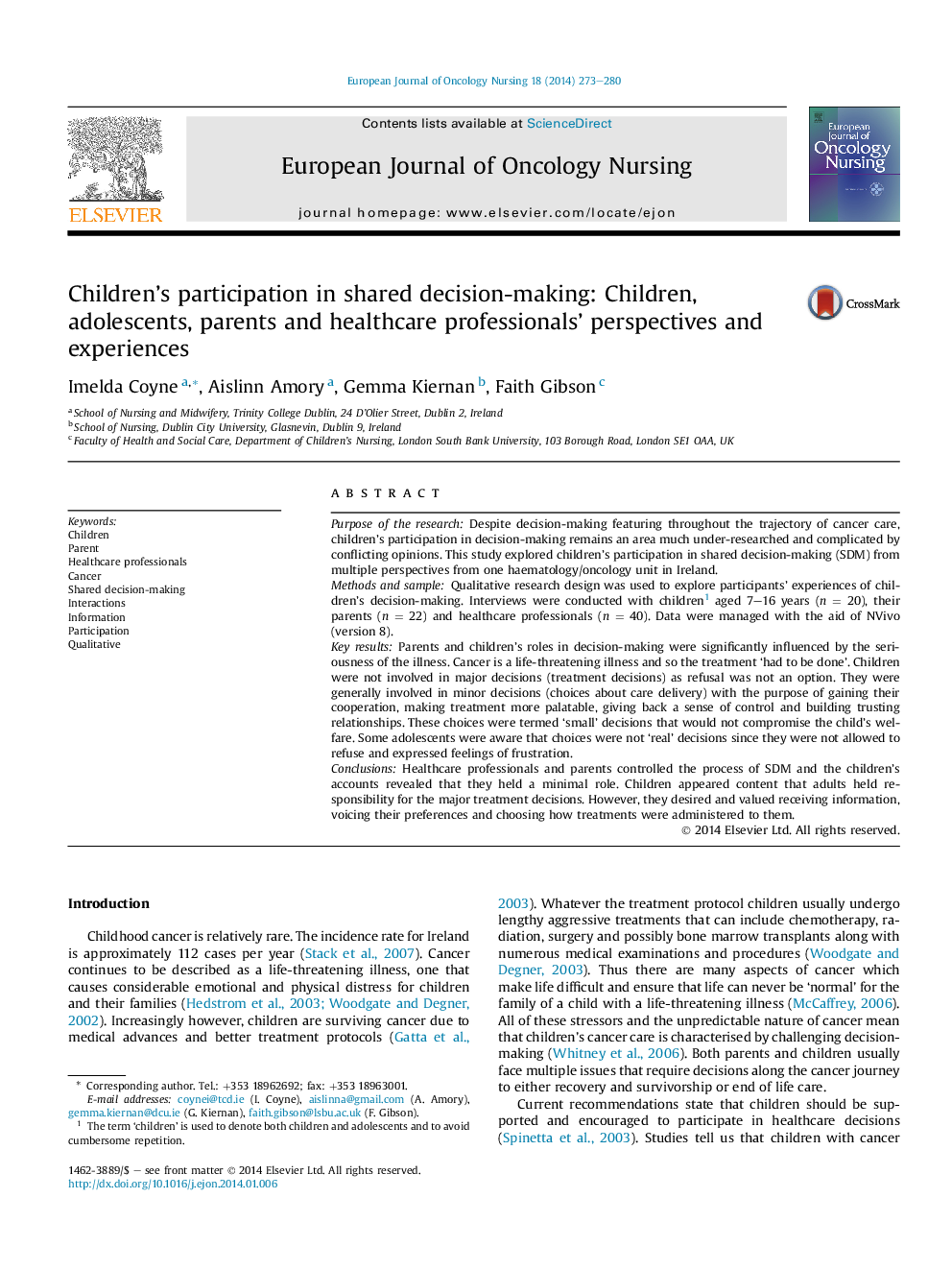 Purpose of the researchDespite decision-making featuring throughout the trajectory of cancer care, children's participation in decision-making remains an area much under-researched and complicated by conflicting opinions. This study explored children's participation in shared decision-making (SDM) from multiple perspectives from one haematology/oncology unit in Ireland.Methods and sampleQualitative research design was used to explore participants' experiences of children's decision-making. Interviews were conducted with children1 aged 7–16 years (n = 20), their parents (n = 22) and healthcare professionals (n = 40). Data were managed with the aid of NVivo (version 8).Key resultsParents and children's roles in decision-making were significantly influenced by the seriousness of the illness. Cancer is a life-threatening illness and so the treatment ‘had to be done’. Children were not involved in major decisions (treatment decisions) as refusal was not an option. They were generally involved in minor decisions (choices about care delivery) with the purpose of gaining their cooperation, making treatment more palatable, giving back a sense of control and building trusting relationships. These choices were termed ‘small’ decisions that would not compromise the child's welfare. Some adolescents were aware that choices were not ‘real’ decisions since they were not allowed to refuse and expressed feelings of frustration.ConclusionsHealthcare professionals and parents controlled the process of SDM and the children's accounts revealed that they held a minimal role. Children appeared content that adults held responsibility for the major treatment decisions. However, they desired and valued receiving information, voicing their preferences and choosing how treatments were administered to them.