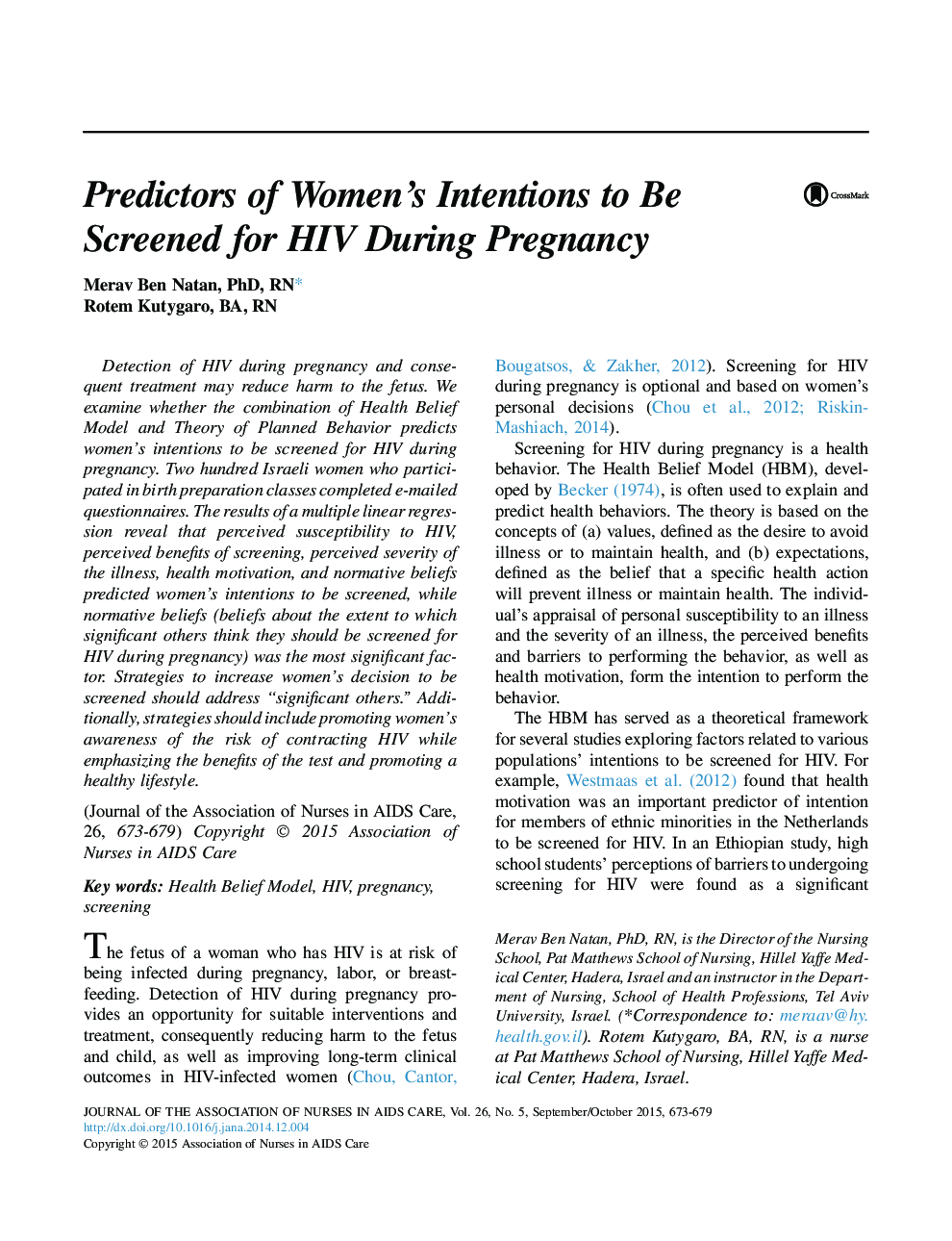 Detection of HIV during pregnancy and consequent treatment may reduce harm to the fetus. We examine whether the combination of Health Belief Model and Theory of Planned Behavior predicts women's intentions to be screened for HIV during pregnancy. Two hundred Israeli women who participated in birth preparation classes completed e-mailed questionnaires. The results of a multiple linear regression reveal that perceived susceptibility to HIV, perceived benefits of screening, perceived severity of the illness, health motivation, and normative beliefs predicted women's intentions to be screened, while normative beliefs (beliefs about the extent to which significant others think they should be screened for HIV during pregnancy) was the most significant factor. Strategies to increase women's decision to be screened should address “significant others.” Additionally, strategies should include promoting women's awareness of the risk of contracting HIV while emphasizing the benefits of the test and promoting a healthy lifestyle.