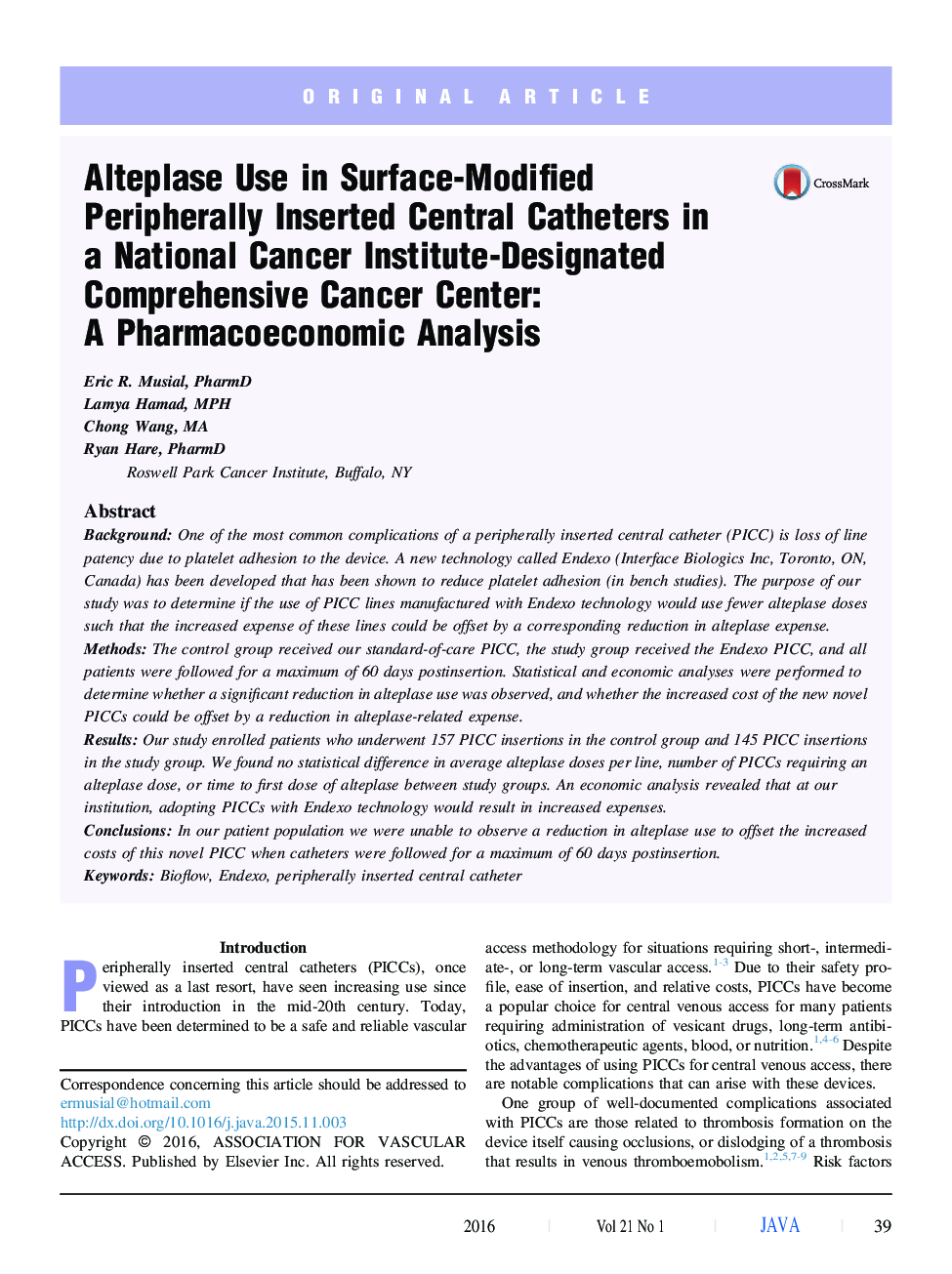 BackgroundOne of the most common complications of a peripherally inserted central catheter (PICC) is loss of line patency due to platelet adhesion to the device. A new technology called Endexo (Interface Biologics Inc, Toronto, ON, Canada) has been developed that has been shown to reduce platelet adhesion (in bench studies). The purpose of our study was to determine if the use of PICC lines manufactured with Endexo technology would use fewer alteplase doses such that the increased expense of these lines could be offset by a corresponding reduction in alteplase expense.MethodsThe control group received our standard-of-care PICC, the study group received the Endexo PICC, and all patients were followed for a maximum of 60 days postinsertion. Statistical and economic analyses were performed to determine whether a significant reduction in alteplase use was observed, and whether the increased cost of the new novel PICCs could be offset by a reduction in alteplase-related expense.ResultsOur study enrolled patients who underwent 157 PICC insertions in the control group and 145 PICC insertions in the study group. We found no statistical difference in average alteplase doses per line, number of PICCs requiring an alteplase dose, or time to first dose of alteplase between study groups. An economic analysis revealed that at our institution, adopting PICCs with Endexo technology would result in increased expenses.ConclusionsIn our patient population we were unable to observe a reduction in alteplase use to offset the increased costs of this novel PICC when catheters were followed for a maximum of 60 days postinsertion.