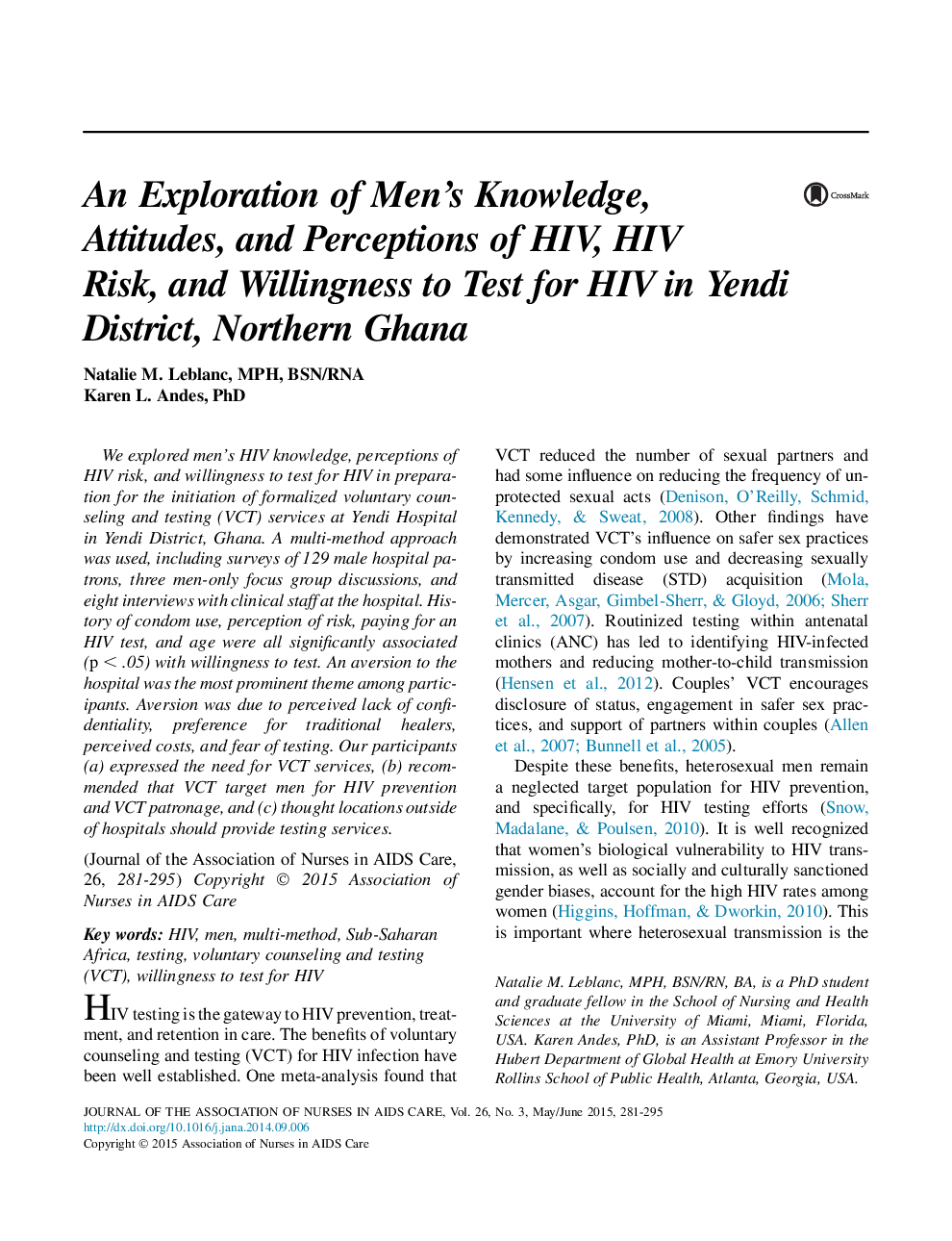 We explored men's HIV knowledge, perceptions of HIV risk, and willingness to test for HIV in preparation for the initiation of formalized voluntary counseling and testing (VCT) services at Yendi Hospital in Yendi District, Ghana. A multi-method approach was used, including surveys of 129 male hospital patrons, three men-only focus group discussions, and eight interviews with clinical staff at the hospital. History of condom use, perception of risk, paying for an HIV test, and age were all significantly associated (p < .05) with willingness to test. An aversion to the hospital was the most prominent theme among participants. Aversion was due to perceived lack of confidentiality, preference for traditional healers, perceived costs, and fear of testing. Our participants (a) expressed the need for VCT services, (b) recommended that VCT target men for HIV prevention and VCT patronage, and (c) thought locations outside of hospitals should provide testing services.