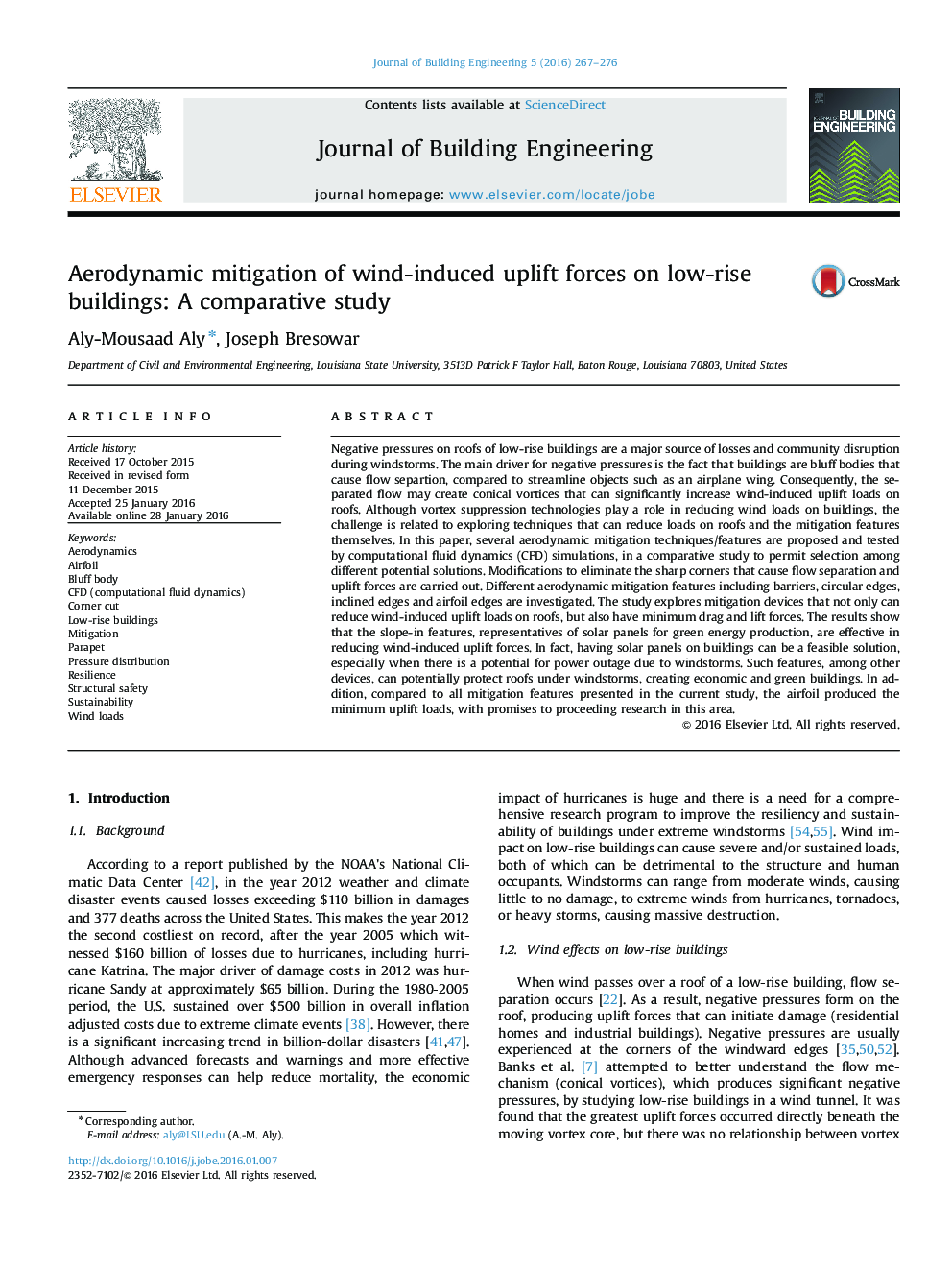 • Rounding the corners does not bring reductions in the total uplift forces on a building.
• Roofs with modified corners to produce recesses can bring reductions in the uplift load.
• Aerodynamic features can bring significant uplift reductions to low-rise buildings.
• Solar panels, when optimally arranged, can significantly reduce uplift forces on a building.
• The airfoil has the lowest uplift loads, with promises to proceeding research in this area.

Negative pressures on roofs of low-rise buildings are a major source of losses and community disruption during windstorms. The main driver for negative pressures is the fact that buildings are bluff bodies that cause flow separtion, compared to streamline objects such as an airplane wing. Consequently, the separated flow may create conical vortices that can significantly increase wind-induced uplift loads on roofs. Although vortex suppression technologies play a role in reducing wind loads on buildings, the challenge is related to exploring techniques that can reduce loads on roofs and the mitigation features themselves. In this paper, several aerodynamic mitigation techniques/features are proposed and tested by computational fluid dynamics (CFD) simulations, in a comparative study to permit selection among different potential solutions. Modifications to eliminate the sharp corners that cause flow separation and uplift forces are carried out. Different aerodynamic mitigation features including barriers, circular edges, inclined edges and airfoil edges are investigated. The study explores mitigation devices that not only can reduce wind-induced uplift loads on roofs, but also have minimum drag and lift forces. The results show that the slope-in features, representatives of solar panels for green energy production, are effective in reducing wind-induced uplift forces. In fact, having solar panels on buildings can be a feasible solution, especially when there is a potential for power outage due to windstorms. Such features, among other devices, can potentially protect roofs under windstorms, creating economic and green buildings. In addition, compared to all mitigation features presented in the current study, the airfoil produced the minimum uplift loads, with promises to proceeding research in this area.