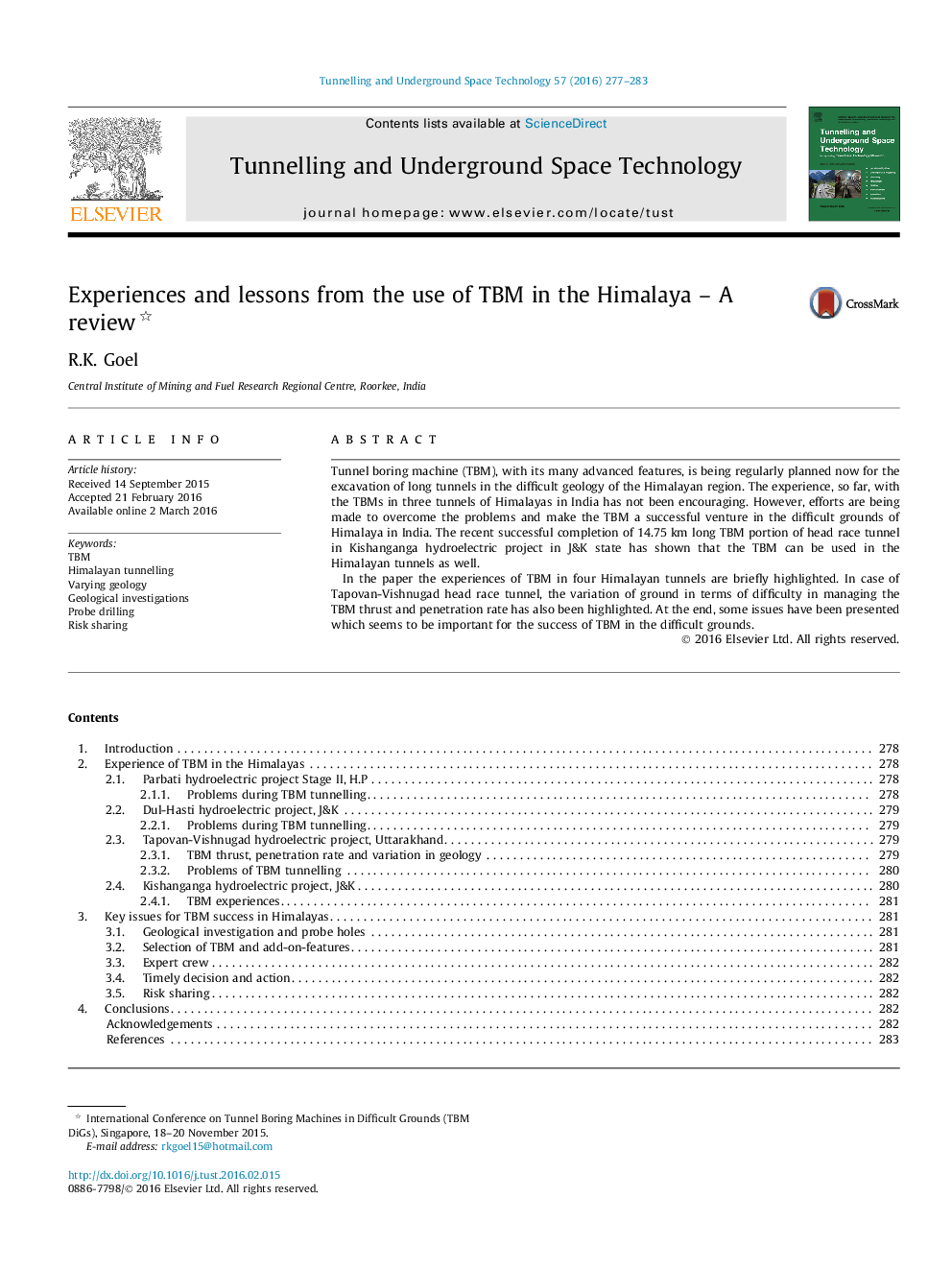 Tunnel boring machine (TBM), with its many advanced features, is being regularly planned now for the excavation of long tunnels in the difficult geology of the Himalayan region. The experience, so far, with the TBMs in three tunnels of Himalayas in India has not been encouraging. However, efforts are being made to overcome the problems and make the TBM a successful venture in the difficult grounds of Himalaya in India. The recent successful completion of 14.75 km long TBM portion of head race tunnel in Kishanganga hydroelectric project in J&K state has shown that the TBM can be used in the Himalayan tunnels as well.In the paper the experiences of TBM in four Himalayan tunnels are briefly highlighted. In case of Tapovan-Vishnugad head race tunnel, the variation of ground in terms of difficulty in managing the TBM thrust and penetration rate has also been highlighted. At the end, some issues have been presented which seems to be important for the success of TBM in the difficult grounds.