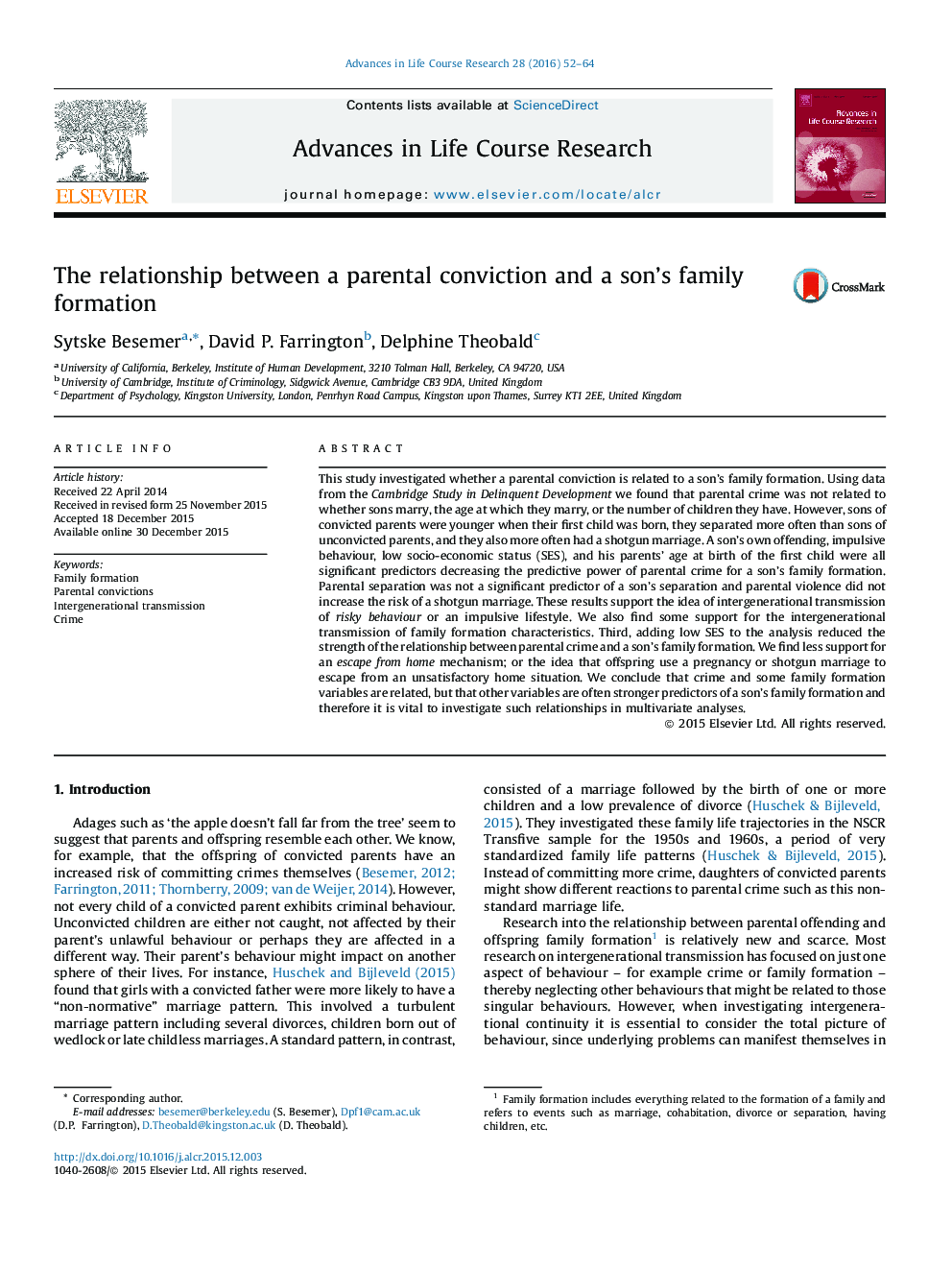 This study investigated whether a parental conviction is related to a son’s family formation. Using data from the Cambridge Study in Delinquent Development we found that parental crime was not related to whether sons marry, the age at which they marry, or the number of children they have. However, sons of convicted parents were younger when their first child was born, they separated more often than sons of unconvicted parents, and they also more often had a shotgun marriage. A son’s own offending, impulsive behaviour, low socio-economic status (SES), and his parents’ age at birth of the first child were all significant predictors decreasing the predictive power of parental crime for a son’s family formation. Parental separation was not a significant predictor of a son’s separation and parental violence did not increase the risk of a shotgun marriage. These results support the idea of intergenerational transmission of risky behaviour or an impulsive lifestyle. We also find some support for the intergenerational transmission of family formation characteristics. Third, adding low SES to the analysis reduced the strength of the relationship between parental crime and a son’s family formation. We find less support for an escape from home mechanism; or the idea that offspring use a pregnancy or shotgun marriage to escape from an unsatisfactory home situation. We conclude that crime and some family formation variables are related, but that other variables are often stronger predictors of a son’s family formation and therefore it is vital to investigate such relationships in multivariate analyses.