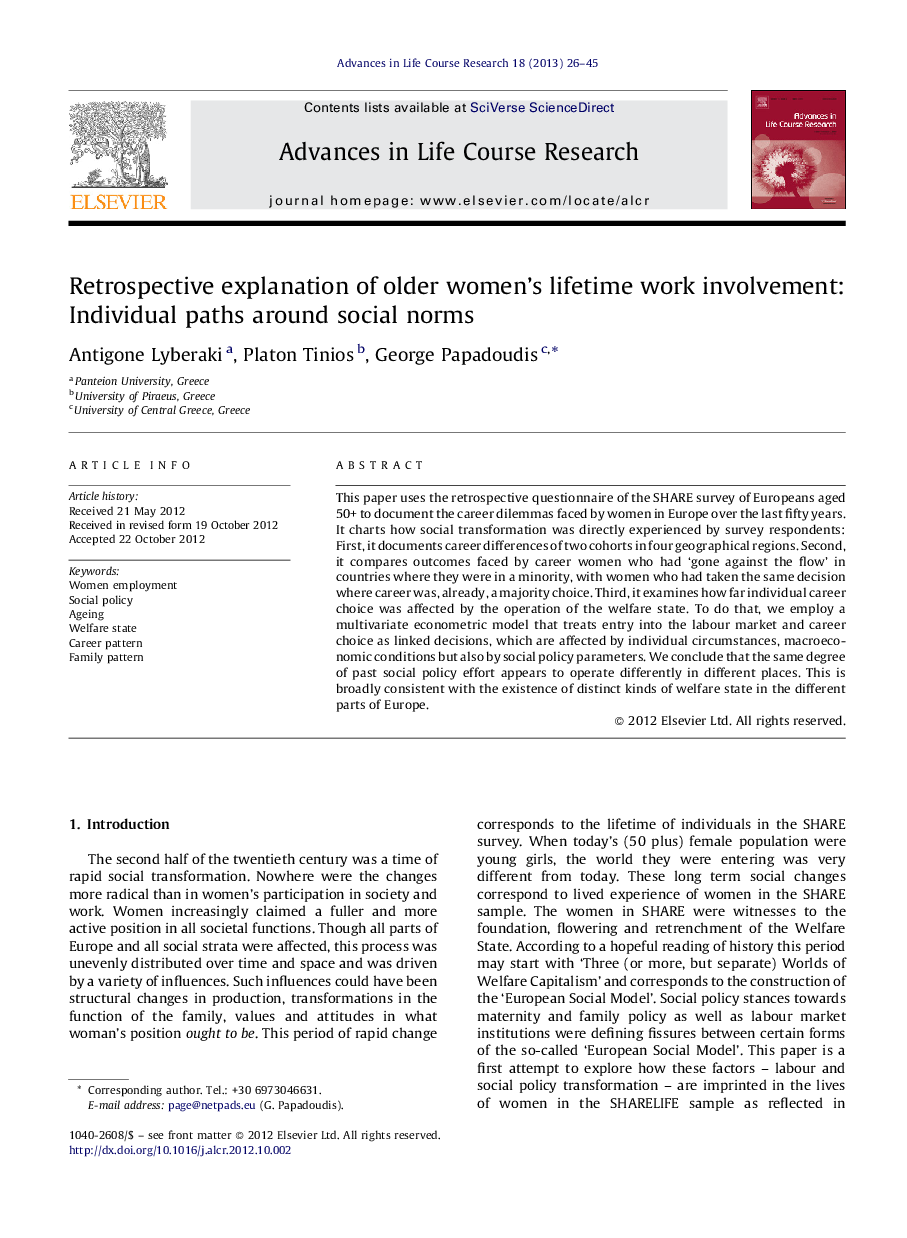 This paper uses the retrospective questionnaire of the SHARE survey of Europeans aged 50+ to document the career dilemmas faced by women in Europe over the last fifty years. It charts how social transformation was directly experienced by survey respondents: First, it documents career differences of two cohorts in four geographical regions. Second, it compares outcomes faced by career women who had ‘gone against the flow’ in countries where they were in a minority, with women who had taken the same decision where career was, already, a majority choice. Third, it examines how far individual career choice was affected by the operation of the welfare state. To do that, we employ a multivariate econometric model that treats entry into the labour market and career choice as linked decisions, which are affected by individual circumstances, macroeconomic conditions but also by social policy parameters. We conclude that the same degree of past social policy effort appears to operate differently in different places. This is broadly consistent with the existence of distinct kinds of welfare state in the different parts of Europe.