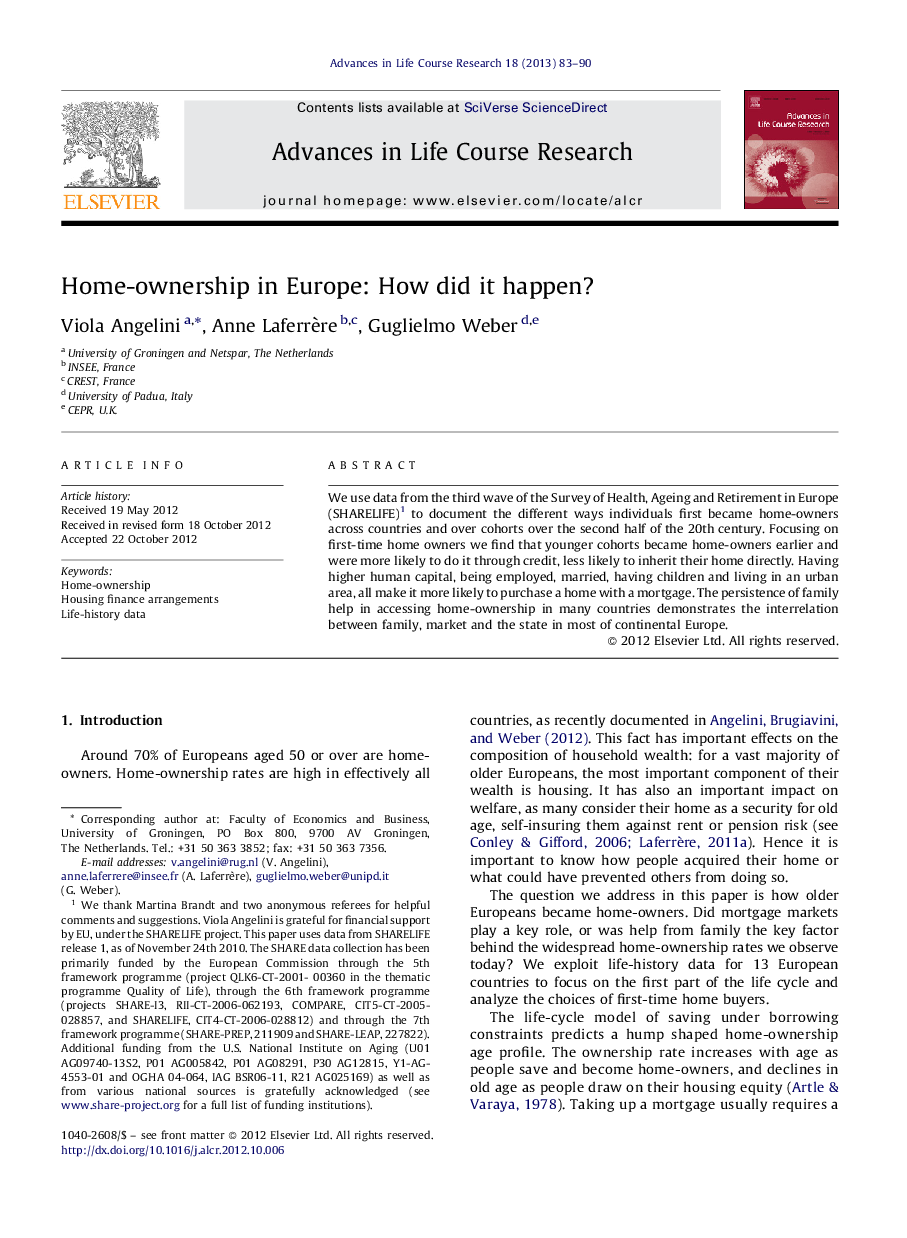 We use data from the third wave of the Survey of Health, Ageing and Retirement in Europe (SHARELIFE)1 to document the different ways individuals first became home-owners across countries and over cohorts over the second half of the 20th century. Focusing on first-time home owners we find that younger cohorts became home-owners earlier and were more likely to do it through credit, less likely to inherit their home directly. Having higher human capital, being employed, married, having children and living in an urban area, all make it more likely to purchase a home with a mortgage. The persistence of family help in accessing home-ownership in many countries demonstrates the interrelation between family, market and the state in most of continental Europe.