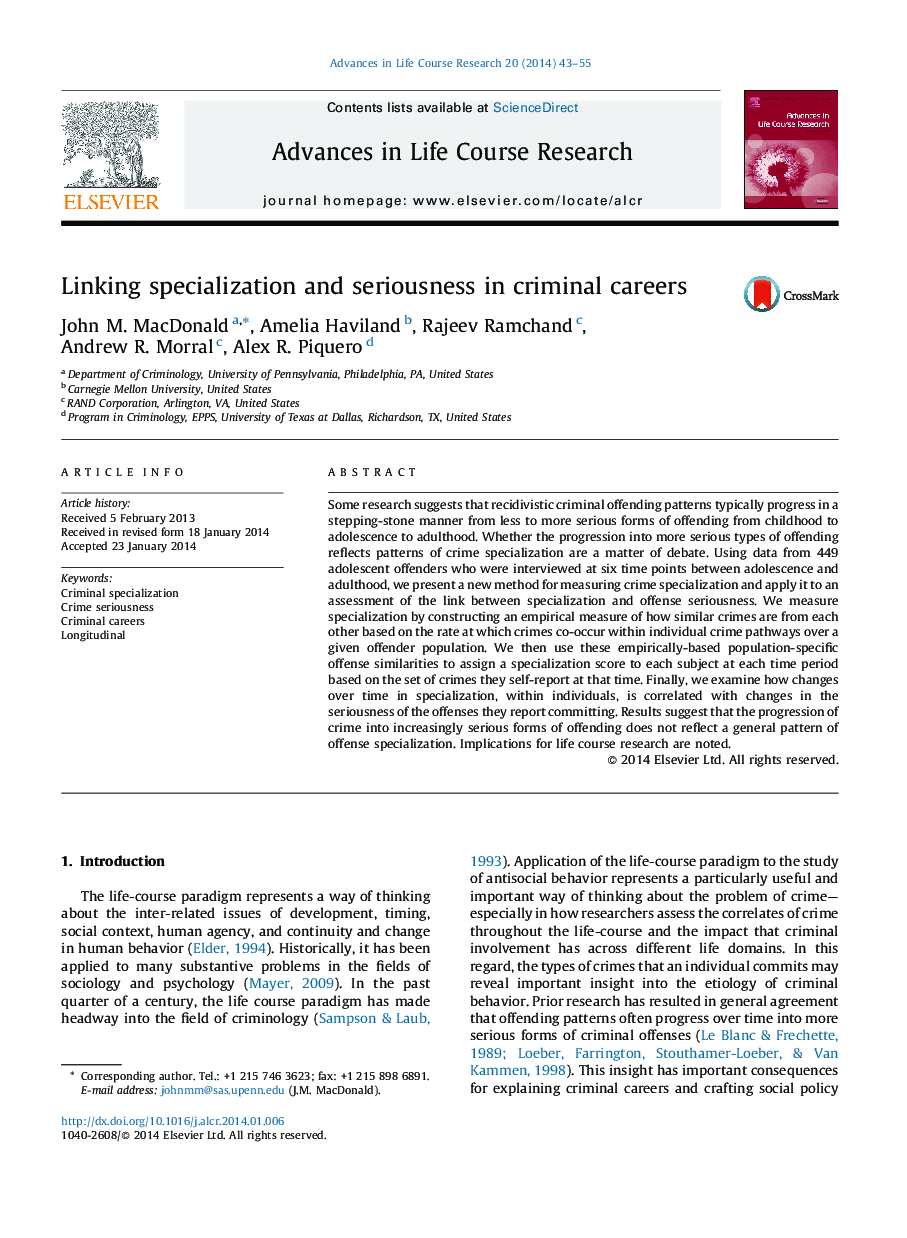 Some research suggests that recidivistic criminal offending patterns typically progress in a stepping-stone manner from less to more serious forms of offending from childhood to adolescence to adulthood. Whether the progression into more serious types of offending reflects patterns of crime specialization are a matter of debate. Using data from 449 adolescent offenders who were interviewed at six time points between adolescence and adulthood, we present a new method for measuring crime specialization and apply it to an assessment of the link between specialization and offense seriousness. We measure specialization by constructing an empirical measure of how similar crimes are from each other based on the rate at which crimes co-occur within individual crime pathways over a given offender population. We then use these empirically-based population-specific offense similarities to assign a specialization score to each subject at each time period based on the set of crimes they self-report at that time. Finally, we examine how changes over time in specialization, within individuals, is correlated with changes in the seriousness of the offenses they report committing. Results suggest that the progression of crime into increasingly serious forms of offending does not reflect a general pattern of offense specialization. Implications for life course research are noted.