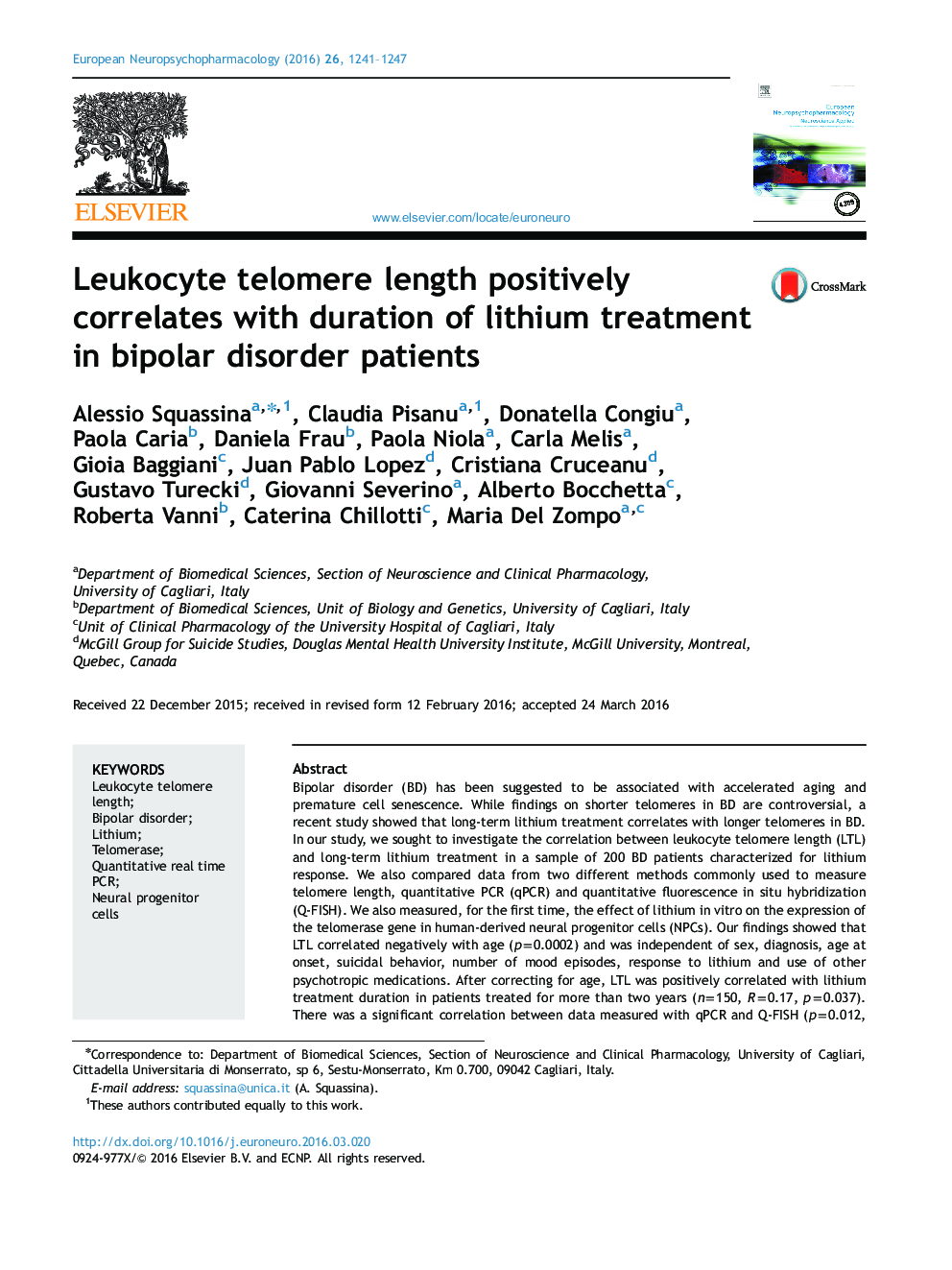 Bipolar disorder (BD) has been suggested to be associated with accelerated aging and premature cell senescence. While findings on shorter telomeres in BD are controversial, a recent study showed that long-term lithium treatment correlates with longer telomeres in BD. In our study, we sought to investigate the correlation between leukocyte telomere length (LTL) and long-term lithium treatment in a sample of 200 BD patients characterized for lithium response. We also compared data from two different methods commonly used to measure telomere length, quantitative PCR (qPCR) and quantitative fluorescence in situ hybridization (Q-FISH). We also measured, for the first time, the effect of lithium in vitro on the expression of the telomerase gene in human-derived neural progenitor cells (NPCs). Our findings showed that LTL correlated negatively with age (p=0.0002) and was independent of sex, diagnosis, age at onset, suicidal behavior, number of mood episodes, response to lithium and use of other psychotropic medications. After correcting for age, LTL was positively correlated with lithium treatment duration in patients treated for more than two years (n=150, R=0.17, p=0.037). There was a significant correlation between data measured with qPCR and Q-FISH (p=0.012, R=0.826). Lithium treatment increased telomerase expression in NPCs, though this effect was not statistically significant.Our data support previous findings showing that long-term lithium treatment associates with longer telomeres in BD, though this effect appeared to be independent from clinical response to the treatment. Moreover, we suggested for the first time that lithium increases the expression of telomerase gene in human neural progenitor cells.