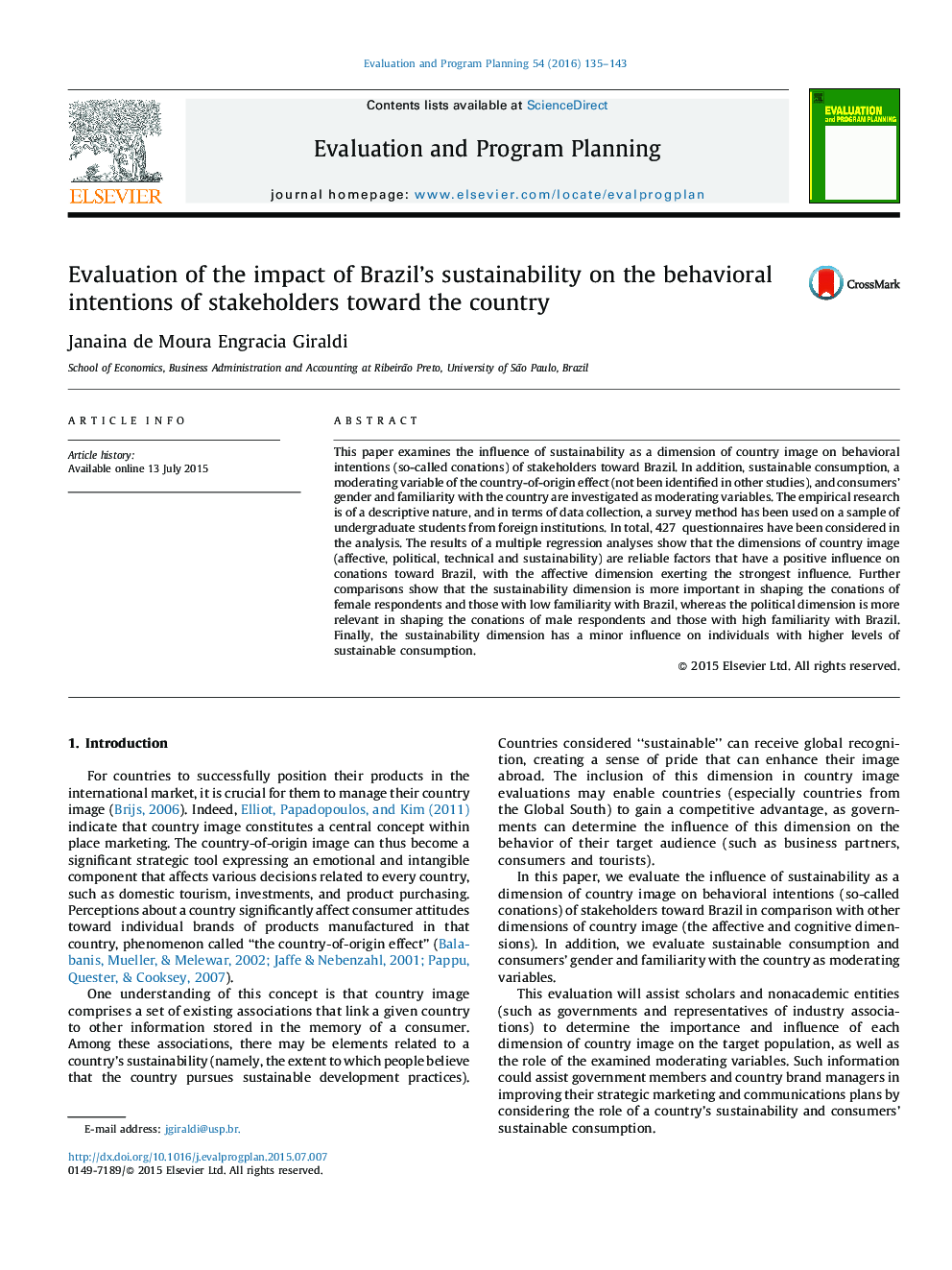 This paper examines the influence of sustainability as a dimension of country image on behavioral intentions (so-called conations) of stakeholders toward Brazil. In addition, sustainable consumption, a moderating variable of the country-of-origin effect (not been identified in other studies), and consumers’ gender and familiarity with the country are investigated as moderating variables. The empirical research is of a descriptive nature, and in terms of data collection, a survey method has been used on a sample of undergraduate students from foreign institutions. In total, 427 questionnaires have been considered in the analysis. The results of a multiple regression analyses show that the dimensions of country image (affective, political, technical and sustainability) are reliable factors that have a positive influence on conations toward Brazil, with the affective dimension exerting the strongest influence. Further comparisons show that the sustainability dimension is more important in shaping the conations of female respondents and those with low familiarity with Brazil, whereas the political dimension is more relevant in shaping the conations of male respondents and those with high familiarity with Brazil. Finally, the sustainability dimension has a minor influence on individuals with higher levels of sustainable consumption.