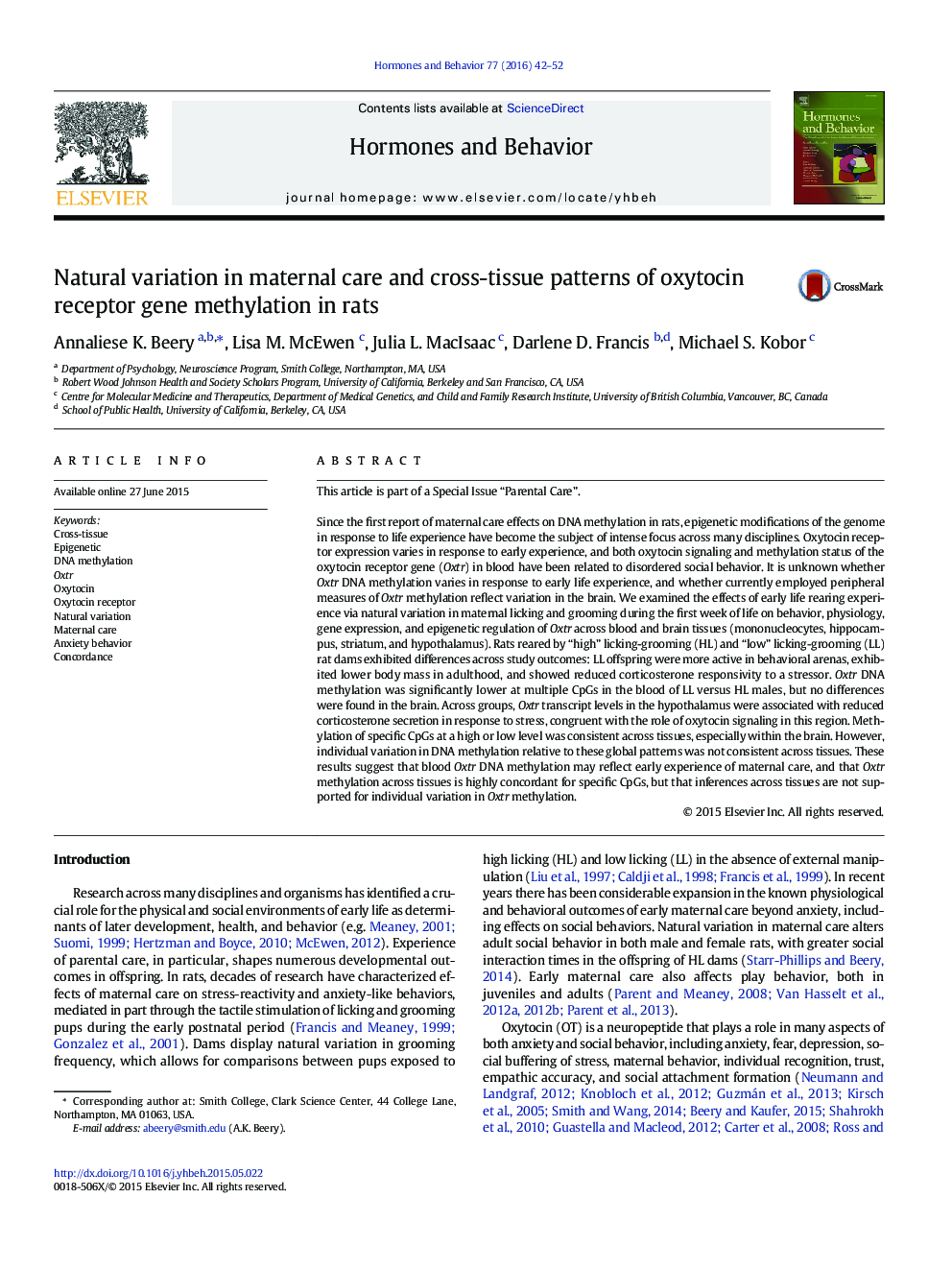 This article is part of a Special Issue “Parental Care”. Since the first report of maternal care effects on DNA methylation in rats, epigenetic modifications of the genome in response to life experience have become the subject of intense focus across many disciplines. Oxytocin receptor expression varies in response to early experience, and both oxytocin signaling and methylation status of the oxytocin receptor gene (Oxtr) in blood have been related to disordered social behavior. It is unknown whether Oxtr DNA methylation varies in response to early life experience, and whether currently employed peripheral measures of Oxtr methylation reflect variation in the brain. We examined the effects of early life rearing experience via natural variation in maternal licking and grooming during the first week of life on behavior, physiology, gene expression, and epigenetic regulation of Oxtr across blood and brain tissues (mononucleocytes, hippocampus, striatum, and hypothalamus). Rats reared by “high” licking-grooming (HL) and “low” licking-grooming (LL) rat dams exhibited differences across study outcomes: LL offspring were more active in behavioral arenas, exhibited lower body mass in adulthood, and showed reduced corticosterone responsivity to a stressor. Oxtr DNA methylation was significantly lower at multiple CpGs in the blood of LL versus HL males, but no differences were found in the brain. Across groups, Oxtr transcript levels in the hypothalamus were associated with reduced corticosterone secretion in response to stress, congruent with the role of oxytocin signaling in this region. Methylation of specific CpGs at a high or low level was consistent across tissues, especially within the brain. However, individual variation in DNA methylation relative to these global patterns was not consistent across tissues. These results suggest that blood Oxtr DNA methylation may reflect early experience of maternal care, and that Oxtr methylation across tissues is highly concordant for specific CpGs, but that inferences across tissues are not supported for individual variation in Oxtr methylation.