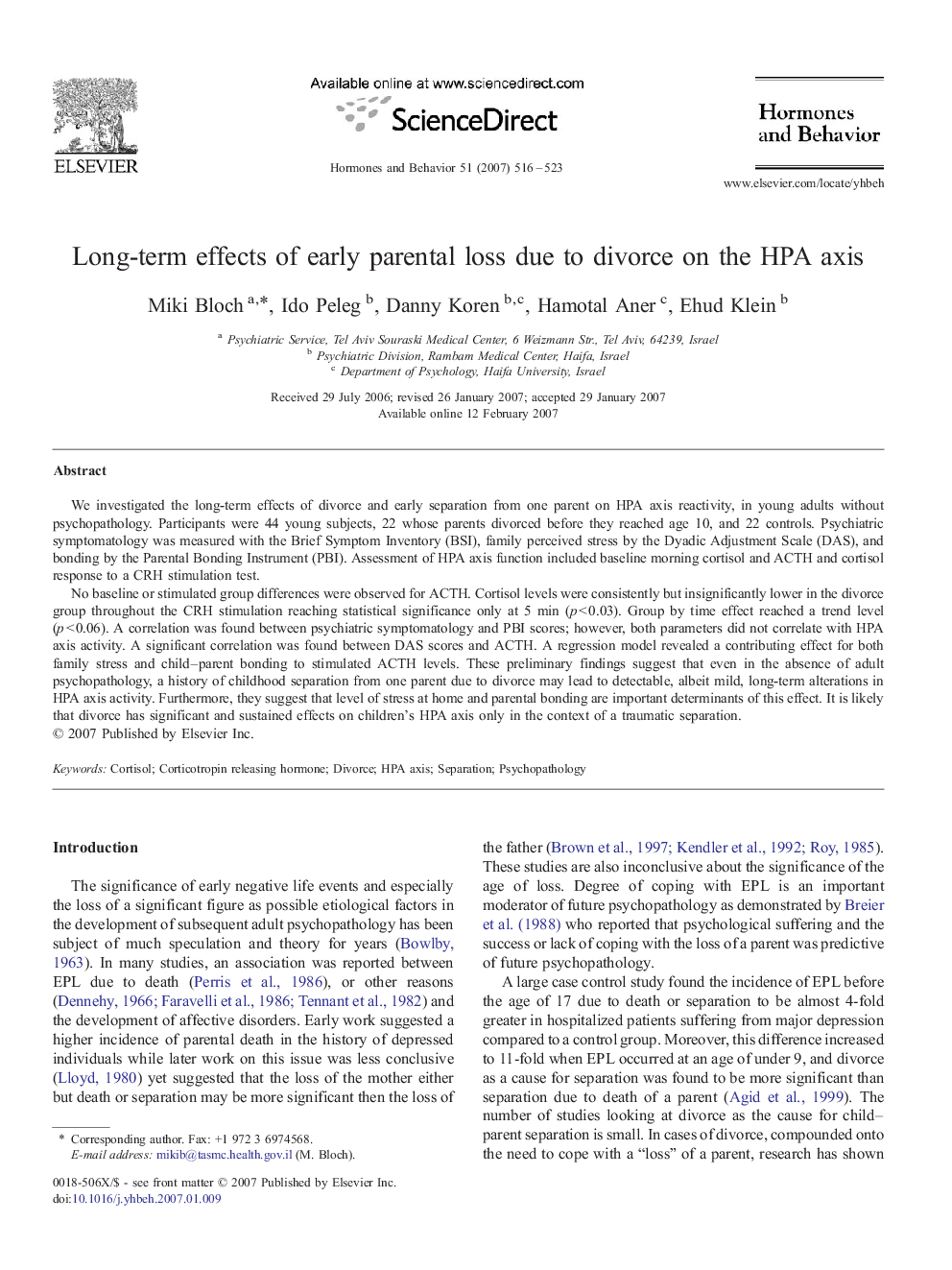 We investigated the long-term effects of divorce and early separation from one parent on HPA axis reactivity, in young adults without psychopathology. Participants were 44 young subjects, 22 whose parents divorced before they reached age 10, and 22 controls. Psychiatric symptomatology was measured with the Brief Symptom Inventory (BSI), family perceived stress by the Dyadic Adjustment Scale (DAS), and bonding by the Parental Bonding Instrument (PBI). Assessment of HPA axis function included baseline morning cortisol and ACTH and cortisol response to a CRH stimulation test.No baseline or stimulated group differences were observed for ACTH. Cortisol levels were consistently but insignificantly lower in the divorce group throughout the CRH stimulation reaching statistical significance only at 5 min (p < 0.03). Group by time effect reached a trend level (p < 0.06). A correlation was found between psychiatric symptomatology and PBI scores; however, both parameters did not correlate with HPA axis activity. A significant correlation was found between DAS scores and ACTH. A regression model revealed a contributing effect for both family stress and child–parent bonding to stimulated ACTH levels. These preliminary findings suggest that even in the absence of adult psychopathology, a history of childhood separation from one parent due to divorce may lead to detectable, albeit mild, long-term alterations in HPA axis activity. Furthermore, they suggest that level of stress at home and parental bonding are important determinants of this effect. It is likely that divorce has significant and sustained effects on children's HPA axis only in the context of a traumatic separation.