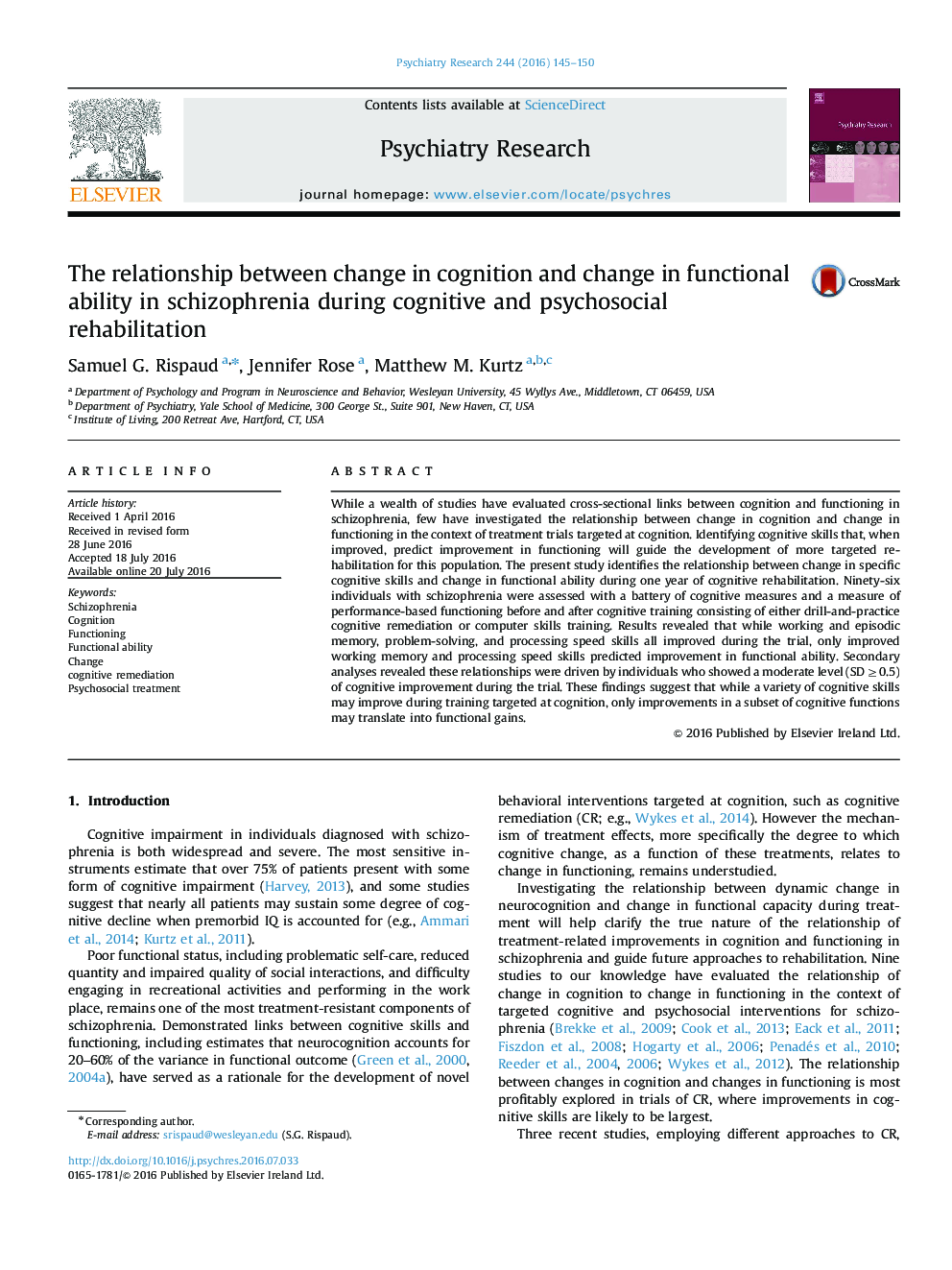 While a wealth of studies have evaluated cross-sectional links between cognition and functioning in schizophrenia, few have investigated the relationship between change in cognition and change in functioning in the context of treatment trials targeted at cognition. Identifying cognitive skills that, when improved, predict improvement in functioning will guide the development of more targeted rehabilitation for this population. The present study identifies the relationship between change in specific cognitive skills and change in functional ability during one year of cognitive rehabilitation. Ninety-six individuals with schizophrenia were assessed with a battery of cognitive measures and a measure of performance-based functioning before and after cognitive training consisting of either drill-and-practice cognitive remediation or computer skills training. Results revealed that while working and episodic memory, problem-solving, and processing speed skills all improved during the trial, only improved working memory and processing speed skills predicted improvement in functional ability. Secondary analyses revealed these relationships were driven by individuals who showed a moderate level (SD≥0.5) of cognitive improvement during the trial. These findings suggest that while a variety of cognitive skills may improve during training targeted at cognition, only improvements in a subset of cognitive functions may translate into functional gains.