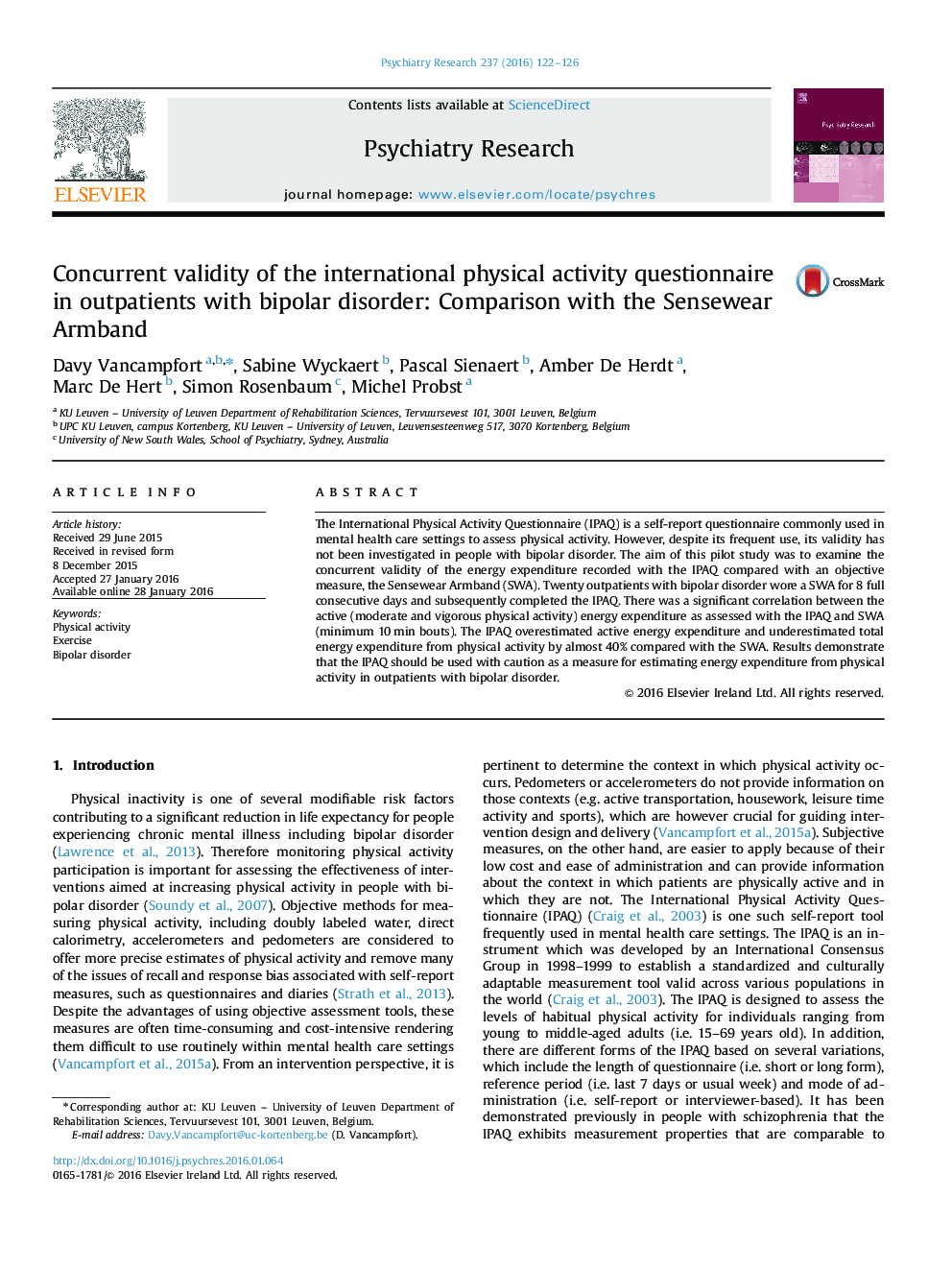 • The IPAQ overestimates active energy expenditure.
• The IPAQ should be used with caution in mental health populations.
• There is need for a valid physical activity tool for people with bipolar disorder.