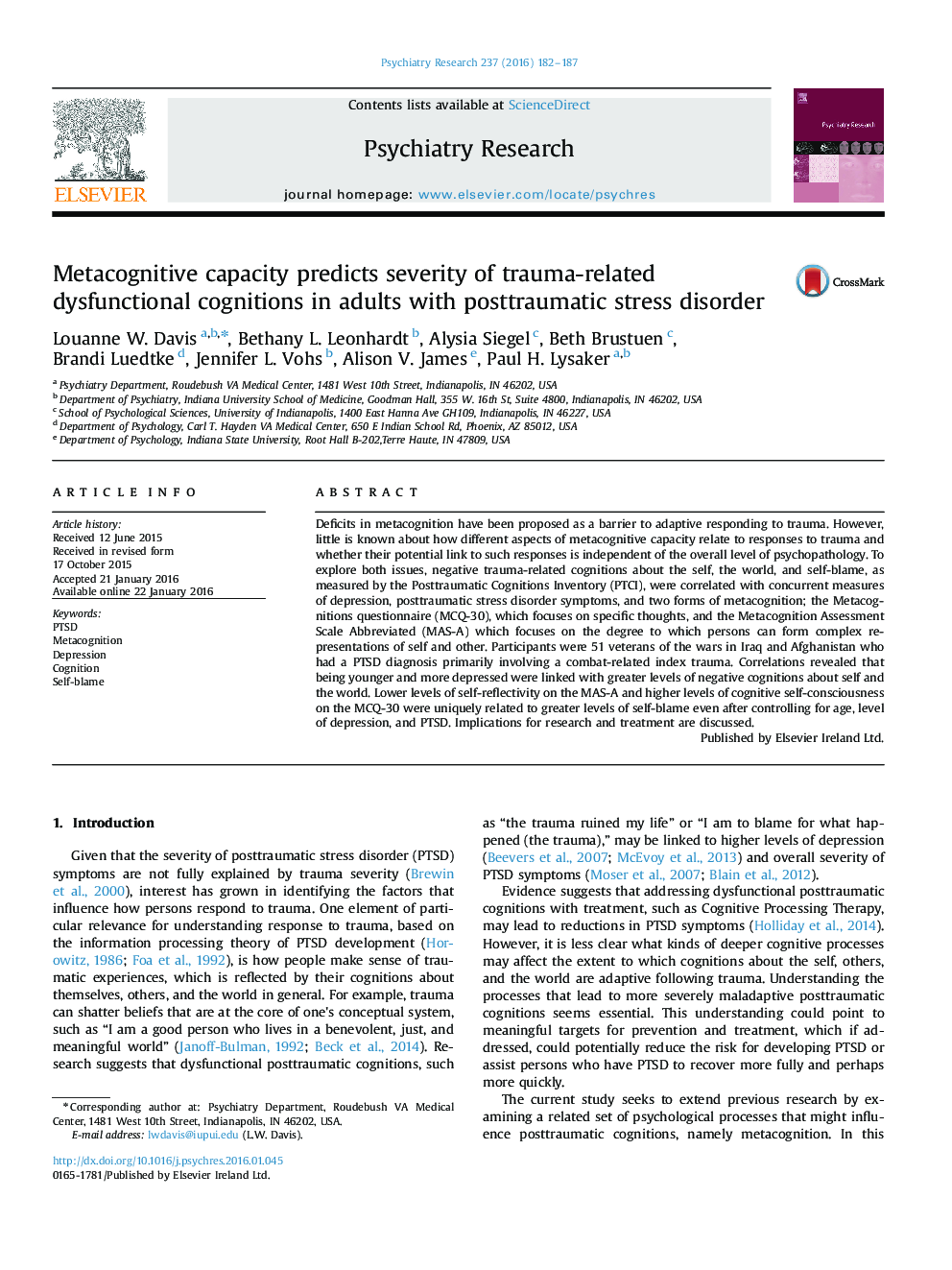 • Negative cognitions were linked with being younger and more depressed.
• Lower levels of metacognitive ability were related to higher levels of self-blame.
• Metacognition may be an important focus for trauma treatment.

Deficits in metacognition have been proposed as a barrier to adaptive responding to trauma. However, little is known about how different aspects of metacognitive capacity relate to responses to trauma and whether their potential link to such responses is independent of the overall level of psychopathology. To explore both issues, negative trauma-related cognitions about the self, the world, and self-blame, as measured by the Posttraumatic Cognitions Inventory (PTCI), were correlated with concurrent measures of depression, posttraumatic stress disorder symptoms, and two forms of metacognition; the Metacognitions questionnaire (MCQ-30), which focuses on specific thoughts, and the Metacognition Assessment Scale Abbreviated (MAS-A) which focuses on the degree to which persons can form complex representations of self and other. Participants were 51 veterans of the wars in Iraq and Afghanistan who had a PTSD diagnosis primarily involving a combat-related index trauma. Correlations revealed that being younger and more depressed were linked with greater levels of negative cognitions about self and the world. Lower levels of self-reflectivity on the MAS-A and higher levels of cognitive self-consciousness on the MCQ-30 were uniquely related to greater levels of self-blame even after controlling for age, level of depression, and PTSD. Implications for research and treatment are discussed.