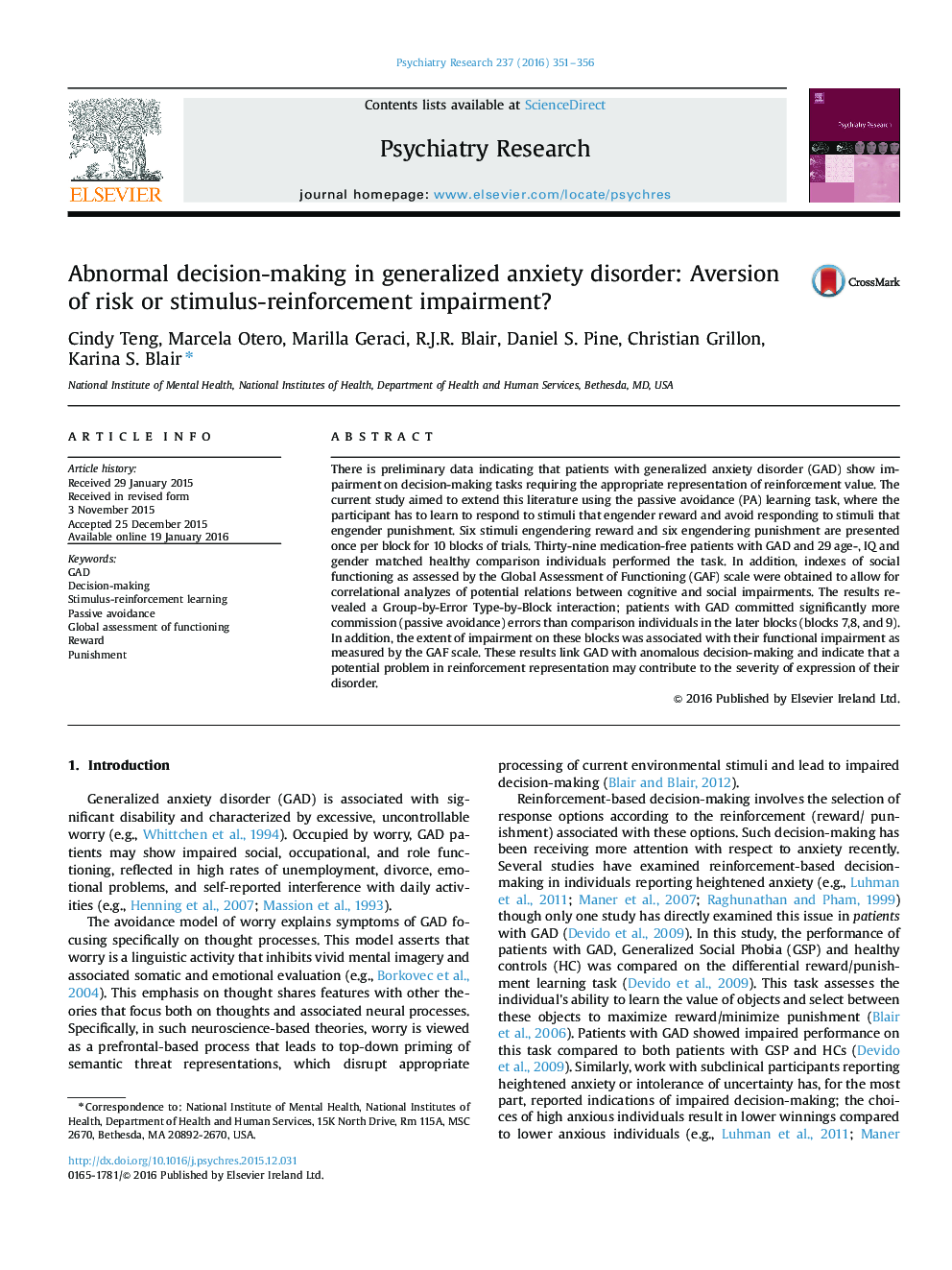 • We examine decision-making in 39 medication-free patients with GAD.
• 29 age, IQ and gender matched healthy individuals serve as comparison individuals.
• Patients with GAD show decision-making impairment on our passive avoidance task.
• Their extent of impairment was associated with their real life functional impairment.
• Thus, a problem with reinforcement representation may contribute to GAD severity.

There is preliminary data indicating that patients with generalized anxiety disorder (GAD) show impairment on decision-making tasks requiring the appropriate representation of reinforcement value. The current study aimed to extend this literature using the passive avoidance (PA) learning task, where the participant has to learn to respond to stimuli that engender reward and avoid responding to stimuli that engender punishment. Six stimuli engendering reward and six engendering punishment are presented once per block for 10 blocks of trials. Thirty-nine medication-free patients with GAD and 29 age-, IQ and gender matched healthy comparison individuals performed the task. In addition, indexes of social functioning as assessed by the Global Assessment of Functioning (GAF) scale were obtained to allow for correlational analyzes of potential relations between cognitive and social impairments. The results revealed a Group-by-Error Type-by-Block interaction; patients with GAD committed significantly more commission (passive avoidance) errors than comparison individuals in the later blocks (blocks 7,8, and 9). In addition, the extent of impairment on these blocks was associated with their functional impairment as measured by the GAF scale. These results link GAD with anomalous decision-making and indicate that a potential problem in reinforcement representation may contribute to the severity of expression of their disorder.