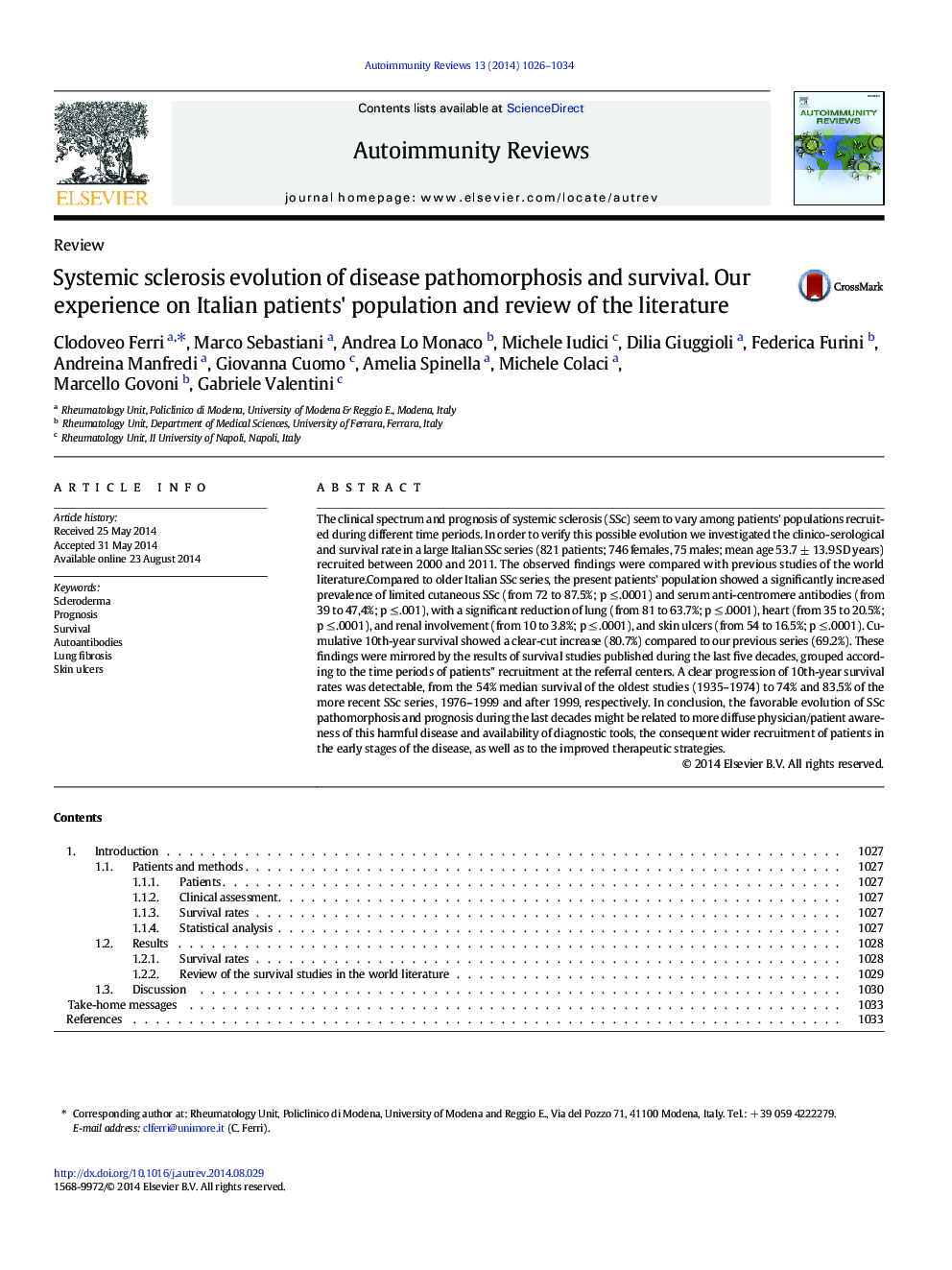 The clinical spectrum and prognosis of systemic sclerosis (SSc) seem to vary among patients' populations recruited during different time periods. In order to verify this possible evolution we investigated the clinico-serological and survival rate in a large Italian SSc series (821 patients; 746 females, 75 males; mean age 53.7 ± 13.9 SD years) recruited between 2000 and 2011. The observed findings were compared with previous studies of the world literature.Compared to older Italian SSc series, the present patients' population showed a significantly increased prevalence of limited cutaneous SSc (from 72 to 87.5%; p ≤ .0001) and serum anti-centromere antibodies (from 39 to 47,4%; p ≤ .001), with a significant reduction of lung (from 81 to 63.7%; p ≤ .0001), heart (from 35 to 20.5%; p ≤ .0001), and renal involvement (from 10 to 3.8%; p ≤ .0001), and skin ulcers (from 54 to 16.5%; p ≤ .0001). Cumulative 10th-year survival showed a clear-cut increase (80.7%) compared to our previous series (69.2%). These findings were mirrored by the results of survival studies published during the last five decades, grouped according to the time periods of patients’' recruitment at the referral centers. A clear progression of 10th-year survival rates was detectable, from the 54% median survival of the oldest studies (1935–1974) to 74% and 83.5% of the more recent SSc series, 1976–1999 and after 1999, respectively. In conclusion, the favorable evolution of SSc pathomorphosis and prognosis during the last decades might be related to more diffuse physician/patient awareness of this harmful disease and availability of diagnostic tools, the consequent wider recruitment of patients in the early stages of the disease, as well as to the improved therapeutic strategies.